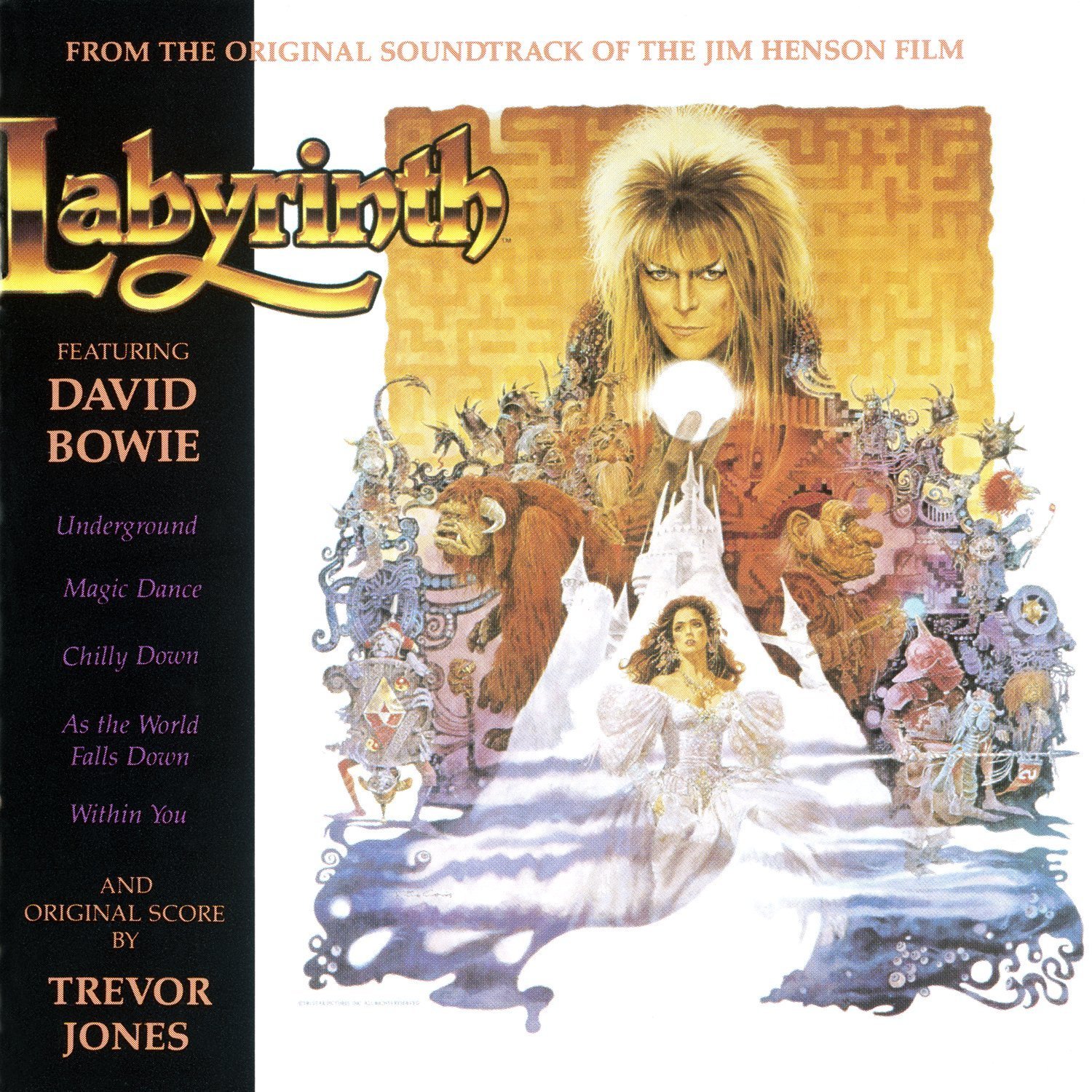 “Every Bowie album in the ’70s had a different concept. All his ’80s albums had the same concept, and that concept was making money.”

A friend’s roommate pronounced that judgment on Bowie’s discography when we were in our late teens. We were listening to Ziggy Stardust in their apartment, high on glitter, extraterrestrial rock, and the cheap weed smoke wafting through their living room. At that moment, we couldn’t have agreed more. “Yeah, fuck Let’s Dance!” That put-on-your-red-shoes-and-dance-some-bullshit nonsense sounded anemic and trite, and the other ones? The less said about Tonight and Never Let Me Down, the better.

As I got older, I saw how unkind that assessment was. For starters – with every passing year, Let’s Dance sounded better and better. No matter how worldly I felt bagging on that LP when I was 19, I couldn’t deny that “Modern Love” was a straight-up classic (and a bring-the-house-down killer karaoke track). And the rest of it holds up as a fine example of Bowie’s gift for crafting pop hits full of blue-eyed soul – the last time he was ever able to inhabit this mode without sounding out of step with the times.

The real sound of Bowie in the ’80s isn’t that of a man trying to cash in: it’s the sound of a man trying (and failing) to get ahead of the curve again. He was rock’s Gingerbread Man in the 70’s, always a few steps ahead of everyone else. Each album he released was a musical and stylistic blueprint for entire genres of music. When the ’80s rolled around, his fans finally caught up to him. In an age when New Wave and new romantics reigned supreme by taking sounds and aesthetics Bowie had already invented years ago and pushing them forward, where could our Gingerbread Man run to? When everybody sounds like you, how can you avoid sounding like a cheap copy of yourself?

It didn’t seem like Bowie had an answer to that question, which is why most of his post-Let’s Dance work in the ’80s sounds so stilted and confused. Coming off the creative and commercial highs of Let’s Dance and the Serious Moonlight tour in 1983, Bowie dropped his first brick in 1984 with Tonight. With the exceptions of “Loving The Alien” and “Blue Jean” (songs which hint at what Tonight could have been: a stranger, more atmospheric and layered album), most of the record sounds like a sequel to Let’s Dance. The man everyone was copycatting had resorted to Xeroxing himself. And like all copies of a copy, something had been degraded in the process.

It would get worse in 1987 with Never Let Me Down, an album whose failure led to Bowie briefly reinventing himself as Tin Machine in the early ’90s. While both Tin Machine albums were messy, tin-eared affairs, they were interesting failures. And they led the Thin White Duke back on the right path, rekindling his creative mojo when he teamed back up with Brian Eno for Outside in 1995.

Looking at that timeline of descent and redemption that takes Bowie from 1984 through 1995, it’d be easy to think that nothing he did in that blighted era could match his past work in influence. But it was in the middle of this time in the weeds that Bowie made one of his biggest and most lasting contributions to pop culture: starring as Jareth the Goblin King in 1986’s Labyrinth. 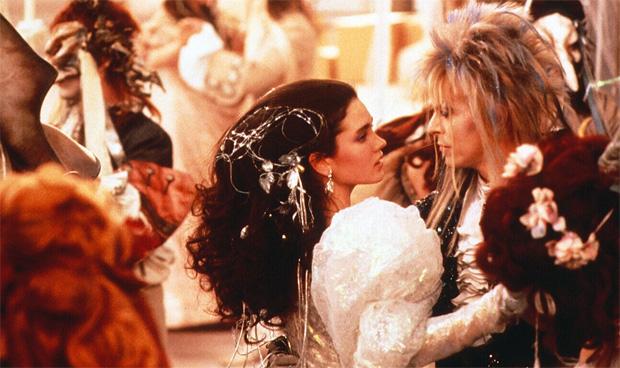 In addition to starring as the film’s baby-kidnapping, jailbait-loving monarch (it’s kinda miraculous how innocuous a film it is, considering the central plot is about a middle-aged dude trying to hook up with a girl who isn’t old enough to buy cigarettes), Bowie also wrote and performed several songs for the film’s oddball soundtrack.

Dominated by synths, sax blurts, New Age chimes, and New Wave bass lines, the soundtrack to Labyrinth sounds like the most ’80s album imaginable. The instrumental tracks on the album are by Excalibur composer Trevor Jones, who had previously worked with Jim Henson on the score for Dark Crystal. His contributions to Labyrinth are like an odd hybird of Rick Wakeman-esque Prog noodling and the rinkiest and dinkiest of New Wave synth presets. It’s equal parts cheap Tarot store incense and science documentary pomp – call it Tears For Fears Of Tangerine Dreams.

Most of Jones’ compositions haven’t aged well – they work best as period curiosities now (though his “The Goblin Battle” music would make for an excellent training montage song if you threw some “You’re The Best” style lyrics on top of it). The main attraction for Labyrinth is Bowie’s work – his music, his star power, his bulge (how many girls, boys, and non-binary kids were ushered into the mysteries of puberty by marveling at whatever the hell was going on in Jareth’s pants?).

Listening to the remastered Labyrinth soundtrack in 2017 (recently reissued in a handsome 120 gram vinyl edition by UMe), it’s fascinating to hear Bowie sound so lively and engaged. Compared to how strained he sounds on Tonight and Never Let Me Down, his voice is goofy and loose on his Labyrinth cuts. Freed from the pressures of having to make Art, he sounds far more comfortable in his own skin singing songs like “Within You” and “Underground”.

The most famous song on the soundtrack is “Magic Dance”, a goofy New Wave dance jam that sounds like Morris Day and The Time trying to get some Muppets to twerk their shit. Throw in some baby googling, goblin back-up vocals, and Bowie purring about babes and voodoo and it’s not hard to see why the song is a campy classic. It’s also the one song on the soundtrack that sounds out of place removed from its context. 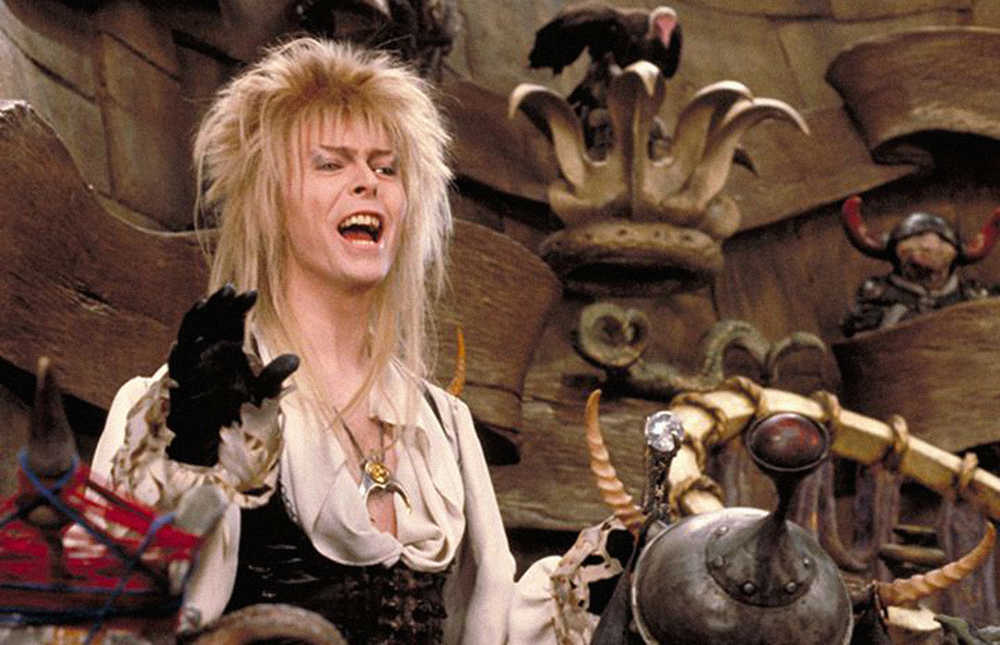 “Underground” and “As The World Falls Down” calls back to the moodier, slower songs Bowie tried out on Tonight. The production is pure ’80s cheese (case in point: that sax on “Underground”) – these songs wouldn’t sound out of place next to a Tiffany track on a mixtape. But what separates them from Bowie’s other late ’80s work is how fun they are.

Everything about Labyrinth feels like it should be disposable – the already-dated soundtrack, the goofy plot, Bowie’s hair rocker wig… and yet the film endures, both as a nostalgic artifact and as something joyful & good in its own right. It’s the kind of film that could never be made today – we’re too ironic to tell this kind of story sincerely, too obsessed with declaring everything problematic to allow Bowie’s bulge/obsession with Sarah to get past the editing bay, and no star alive would be able to embody the kind of bemused, stately charisma that the Thin White Duke had in spades.

While the songs often aren’t the first thing that people think of when Labyrinth comes up in conversation (hello again, bulge), it’s impossible to imagine the film without those squeaking voices shouting “shake my freaky little head” or hearing Bowie croon “It’s only forever/not long at all”. That handful of silly kid songs represents Bowie at his most culturally relevant in the late ’80s. Odds are good that in twenty years people will still be gleaming inspiration and good vibes from “Magic Dance” and “Underground”. The same can’t be said for Tonight and Never Let Me Down.

And besides: nobody ever made a musical devoted to “Time Will Crawl”, did they?