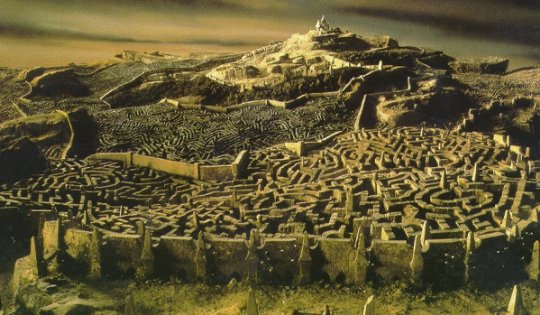 People treat “amateur” like it’s a dirty word. I couldn’t disagree more – amateurs are my people. I don’t trust anyone who isn’t one.

Consider the root of the word – amateur: lover of. Someone who does it for the love of the game. Pros can be such dreary people. Obsessed with who they know, what they know, with doing things The Right Way. Being a pro is how you end up on a stage getting paid to do a Neil Simon play that’s been dug out of its grave a million times to parade its stinkin’ flesh in front of “tasteful” and “sophisticated” people who ooh and aah as the meat falls off Simon’s bones because That’s What You’re Supposed To Do.

Pros. 25% of them are good eggs; the rest can get cracked and dripped down the drain. Give me amateurs. Give me punks. Give me people who don’t know what the fuck they’re doing and damn the torpedos, full-speed-ahead anyway. They’ll never bore you.

Last night at Unexpected Gallery I caught the final performance of The Goblin King’s City. Two years in the making, it’s a live stage musical inspired by Labyrinth (everybody’s favorite Bowie bulge movie). Directed and produced by the Pan Productions team of Sheri Amourr, Joe Sawinski, Ting Ting, and Amy Jean Page, the show featured a huge cast of characters, two live bands (Jerusafunk played in the wings for much of the first act, while We Are Hologram handled the ballroom sequence in act 2), video projections, puppets, and a stilt-walker.

It was chaotic, colorful, messy, and yet perhaps one of the most lively and life-affirming shows I’ve seen this year. 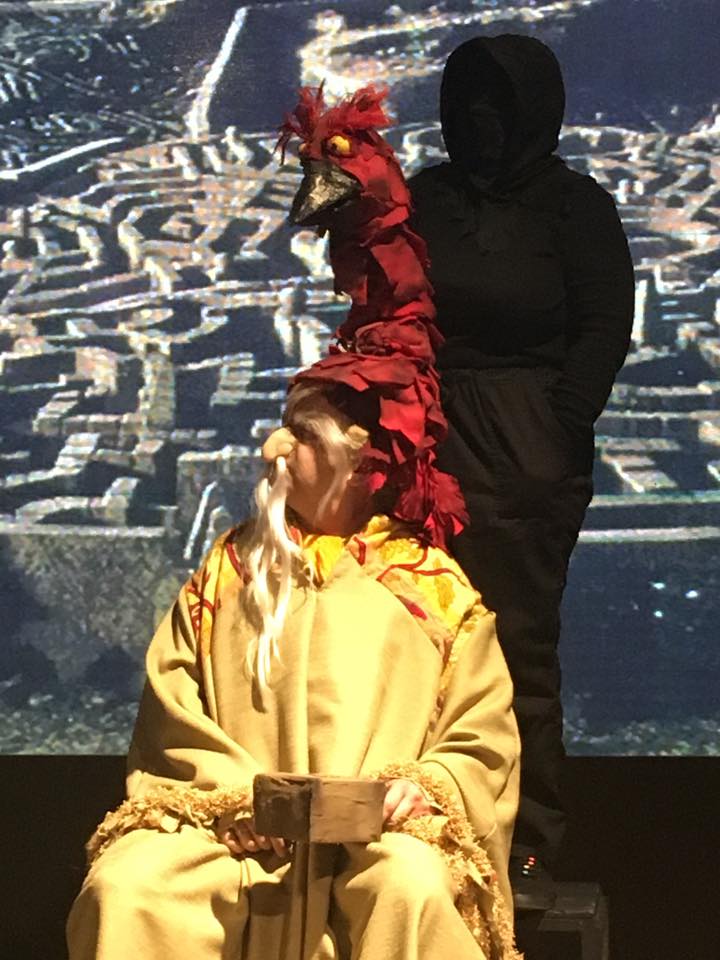 There were some rough patches. The show had some weird feedback happening throughout the show – faint metallic whines and hisses emanated from the ceiling. Some of the actors were hard to hear at first, speaking their lines a little too softly. Later, during the bog of eternal stench sequence, the band mouth-farted into the mics so frequently and loudly that it was very difficult to make out what anyone onstage was saying. While the video sequences were often interesting (a particular highlight being the trippy scene where Sarah encounters the Butterfly and Caterpillar, played by the ubiquitous duo of Hattie Hayes and Matt Storrs), they seemed to have some odd audio trouble (the Goblin King scenes) that took me out of the viewing experience. And there was some set dressing malfunctions, as a wall panel and window frame tumbled to the floor.

And yet – none of that sank the show.

It was propelled forward by the game cast, who really dug into their characters. Kendra Ruth Martinez played an excellent Sarah – her softer singing voice made a nice contrast with the gruffer and intense singing of the show’s Jareth, Joobs (the production had two actors play the Goblin King – Chris Del Favero played him on June 3rd). With his blue lips and crazy hair, Joobs’ Jareth was a unique interpretation of Bowie’s monarch. Whereas Bowie was more relaxed and indifferent as the King (aside from his obsession with seducing jailbait mortals), Joobs’ king was more brooding and menacing. At times he almost had a Grace Jones vibe, in the way she always gave off this impression that she’d literally eat a man alive and laugh about it afterwards if you gave her the chance.

Though if anyone deserved an MVP award in the cast, it would be a tie between the show’s Hoggle and Sir Didymus. Both Jesse Abrahams and Alexandra Morfin really embodied their characters, giving them a distinctive voice and physicality that made them standout.

What really bowled me over about the show was the level of detail and spectacle on display. Hand-made puppets, an incredible amount of costumes, set pieces like bridges and tunnels, talking stone faces, and a gnarly suit of Mad Max-esque armor for Ernesto Moncada’s stilt guard, full costumes for Ludo & Ambrosius the dog, Sir Didymus’ whiskers… it was a level of propping and costuming that wouldn’t be out of place at a larger theater. That wasn’t what was impressive about it. The fact that all of that was accomplished on a MICRO-BUDGET, with no grant money, no season donors dropping $5K a head, done mostly out of pocket and cobbled together by crafty people (most of whom learned by doing, not by any formal training) – it fucking boggles the mind, really. 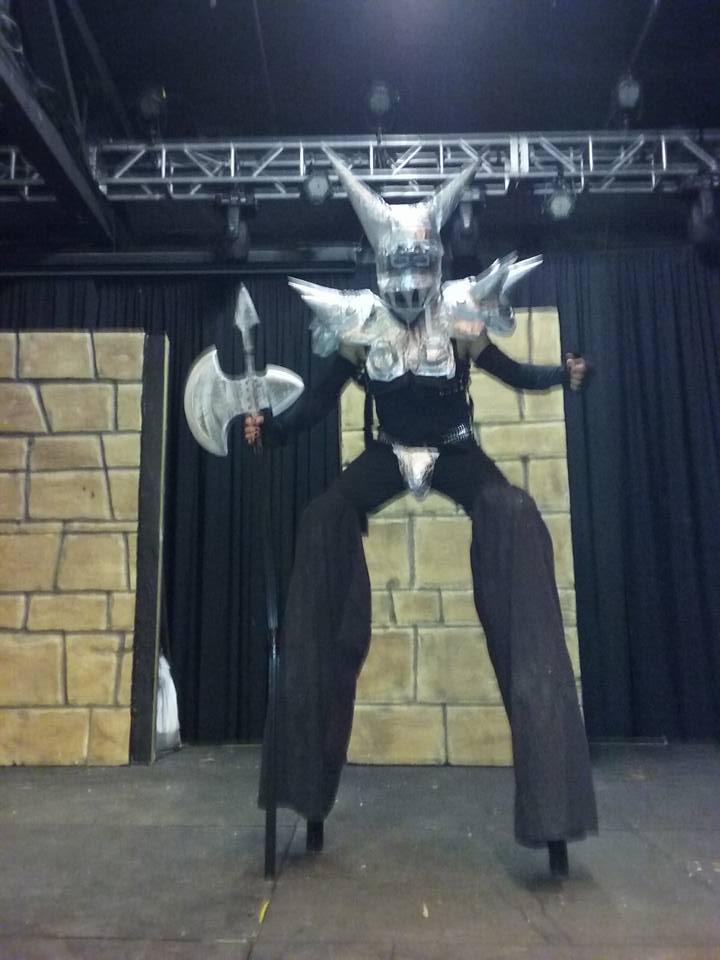 What also stuck out was the “Magic Dance” scene and the ballroom dance in act 2. “Magic Dance” featured the best use of video, with a dancing baby Toby getting his Ally McBeal on while Jareth vamped on the mic and an entourage of goblins lost their shit dancing. It was a gleeful, gonzo set-piece that captured the anything-can-happen madcap energy of the Muppets perfectly.

And then there was the ballroom scene (which follows Sarah eating the poisoned fruit): a beautifully subdued sequence of ballroom dancers twirling and waltzing while wearing a variety of horned masks and animalistic faces. They danced to We Are Hologram’s music while the lights flickered on and off, creating a dreamy effect. Like you were fading in and out of consciousness, your eyelids collapsing and opening in time to the light changes.

As I mentioned earlier – not everything worked. But I respect the chances the directors/producers took in mixing so many different elements together: theater, dance, music, puppetry, and film. Doing any one of those things well by itself can be tricky; trying to blend them together and make each part shine can be a Herculean effort. The fact that it hung together as well as it did is remarkable.

Watching it reminded me of some of the team’s previous efforts, when they put together a Rocky Horror Picture Show adaptation (full disclosure: I was that show’s Dr. Scott) and Swimming In The Head, a Serene Dominic musical based on Vertigo. While most of the people who worked on Horror and Swimming had experience acting, doing sketch comedy, music, or dancing in the past, putting together stage shows of that scale was obviously something they had never done before. 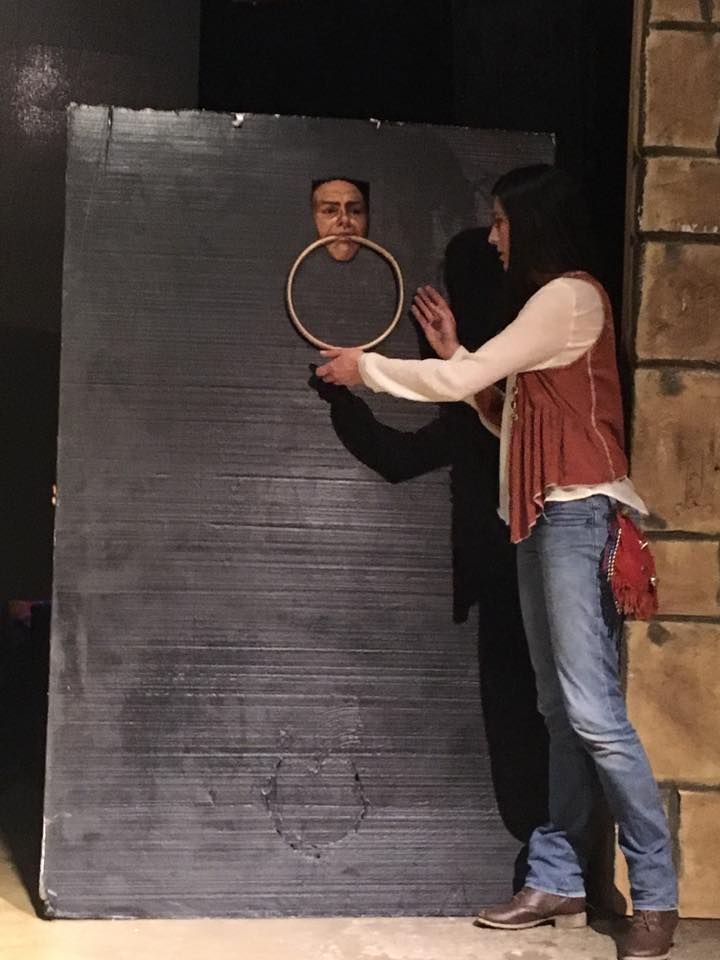 It was fascinating watching how those shows came together, and seeing people make choices that never would have occurred to you. Like in Swimming, where they depicted the landscape of San Francisco by having stage hands stand onstage, dressed in black bodysuits and wearing hats on their heads that had landmarks and stores constructed on top of them. The hat/landmarks looked fantastic and strange – like something a Dadaist would wear at a late night Cabaret Voltaire party. THAT’S why I love “amateurs” – a pro would have NEVER thought of that. And it’s a brilliant idea, to boot: why build a flower shop backdrop when you can simply have someone wear it?

I still think about those hats. It encapsulates the thrill of making theater: solving problems. That’s what putting a show together entails: solving a series of problems. “How do we do this? How do we accomplish this? How do we take this thing that so many people love and bring it to life while also doing our own spin on it? How the fuck can we make this work?” It’s what I enjoyed so much about watching The Goblin King’s City: I was seeing people solve problems in ways that I couldn’t have begun to imagine.

There’s lots of great theater happening in Phoenix. You can see brilliantly staged plays at houses like Nearly Naked and Stray Cat. But as much as I enjoy seeing a tightly oiled theatrical machine like the kind of work that bigger houses do, it’s shit like this that I live for.

Is The Goblin King’s City the best show I’ve seen this year? No. But it is the show that most makes me interested in wanting to make something, to do something, to try to think of unusual solutions to future problems. At the risk of spreading more cheese on this cracker, it embodies what makes Phoenix great: a group of ragtag creatives coming together to make something fun and personal, learning and growing as they go, diving in without any funding, ready to sink or swim. It’s a big, messy production made out of love, not for the need to fill a piggy bank.

It’s like I said – amateurs. Best goddamn people in the world. 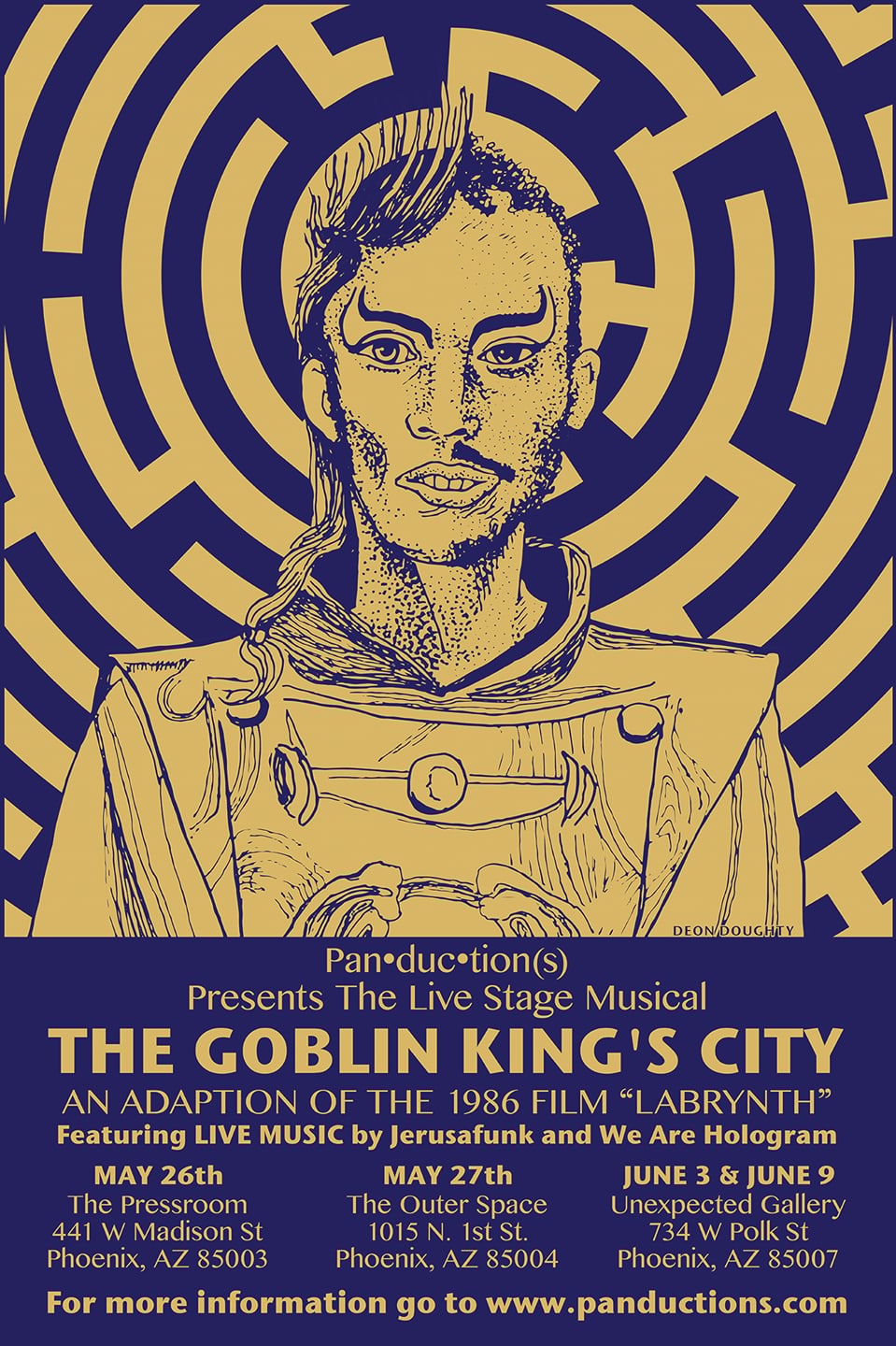