A Message From the “Stella Fella” and a Response From MonOrchid 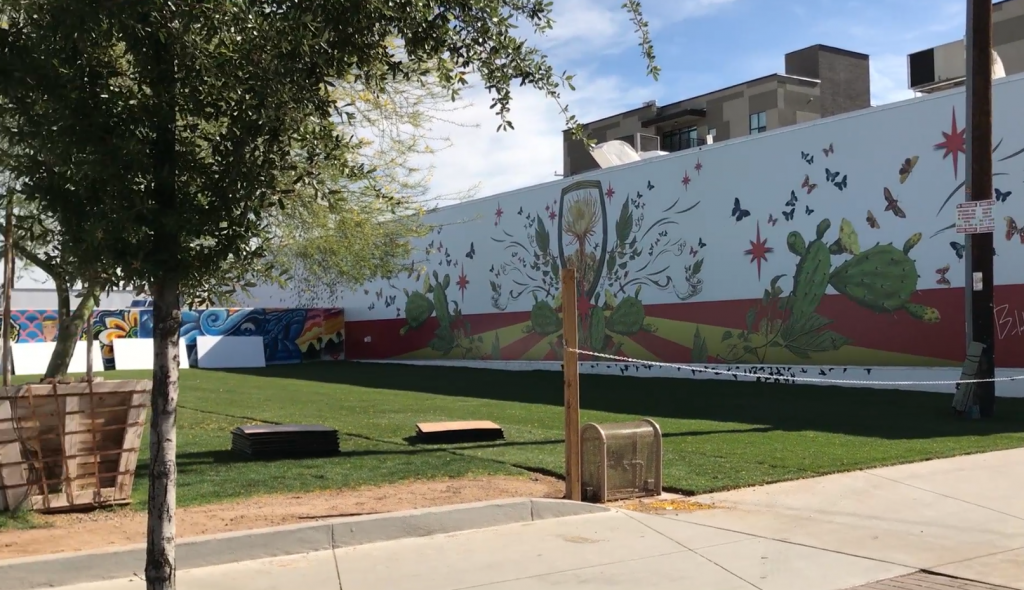 A source claiming responsibility for tagging the Stella Artois advertisement provided a message in response to an article we shared on PHX SUX last week in the Phoenix New Times:

This was for the community.  It needed to be done.  It was time.

It’s definitely a vague message.  I think it’s safe to assume this is intended to refute the idea that this was an ego-driven exercise, but certainly the message came as a direct result of the last sentence from the New Times article stating “We’d love to have a conversation with whoever did this”.   So I sent the message to Wayne Rainey from MonOrchid to see where this conversation leads.  He had this to say:

All I would say is that I feel badly for them. We all have an opportunity daily to build or destroy and I think perhaps they chose poorly.

We live in precarious times and I’m sad to see that the echoes of authoritarianism rippling into the ethos of our youth. Who ever participated in defacing the mural did it out of pure ego. There is no other explanation. If they had asked they would have learned that it was only temporary and the artists were very fairly compensated and the area called a “park,” is actually a privately owned lot being lent out to us all. The mural and park are not public facilities. They would not exist but for the will of the property owners.

I won’t list all the reasons this was vandalism and just wrong and childish but I will say if someone has a message they are desperate to share they should do so without silencing others;-on their own behalf and on their own property. Not for nothing if they had any kind of valid point- why not sign their work.

Only cowards and bullies hide their activism in anonymity.

Given the obvious difference in legal status between someone spray painting someone else’s building and that building’s owner, I don’t expect the Stella Fella to come out from the shadows anytime soon.  One thing is clear: both sides are eager to have a conversation here, and it seems to me this is also true of the community at large.  I’m not sure where this conversation will go.

Here’s some video of the transformation.  (video credit: Jennifer Mitting)

Oh, I did ask the Stella Fella how it felt to win after the mural was taken down.  “There’s no winners in this”.

Scott Mitting is a writer, musician, promoter, producer, and general Phoenix art scene enthusiast since 2015, though he became yet another midwest transplant to Phoenix in 2001. He currently curates the PHX SUX experimental noise event series Night of Neuralgia, the Chaos System’s Operation Noise Toaster experimental jam sessions, and various events for the Church of Crunkinology.