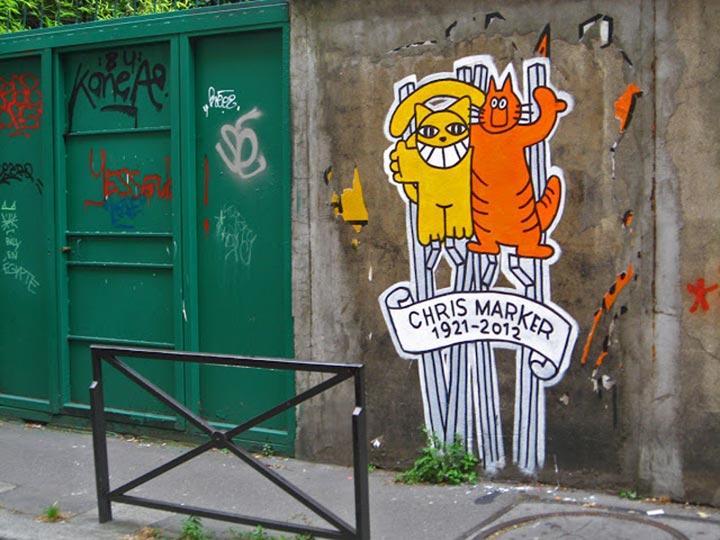 The ancient Egyptians venerated cats as gods. Modern man venerates cats as memes. For filmmaker Chris Marker, cats were something in between. They were a constant presence in his movies, dotting the landscape of his films as often as you’d see them while scrolling down a Facebook Wall. They also acted as stand-ins for the filmmaker himself.

For decades Marker was the Thomas Pynchon of French cinema: Only a few photos of him were available, he shunned interviews, and kept himself out of his own movies (even the ones where he’s clearly taking about his own life experiences). Cats were his avatar, onscreen and off: His cartoon cat Guillaume-en-Egypte took on a life of its own, basically becoming a cat meme in European culture before the species started colonizing the internet.

“A cat is never on the side of power.”
-Chris Marker 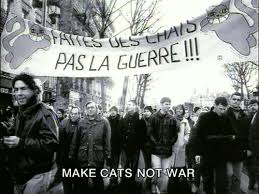 A Grin Without A Cat

One cat in particular haunts his work: The Cheshire Cat. Two of his essay films are named after the ghostly feline: “A Grin Without A Cat” (a heartbreaking and fascinating documentary about the political turmoil that rocked France and Latin America in the 60’s and 70’s), and “The Case Of The Grinning Cat” (where Marker uses the appearance of mysterious grinning yellow graffiti cats appearing all over Europe as the launching point to talk about politics in the new millennium). There’s something Cheshire like about the nature of these movies: Marker has a wry, impish sense of humor that pokes out even when the film addresses harrowing subjects. And both films concern things that disappear and leave traces behind: The collapse of entire systems of belief, the mysterious legacy of weird pieces of street art, the ghost of an old world hanging overhead and smiling at all the children stumbling around in the dark trying to keep their heads on their shoulders. 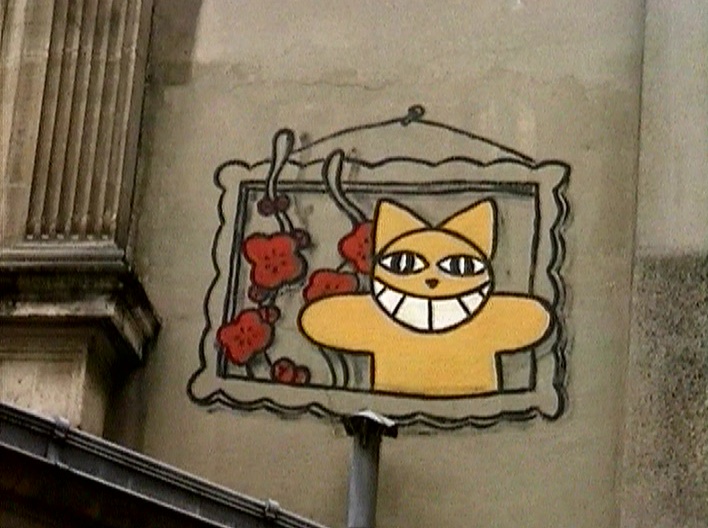 The Case Of The Grinning Cat

Marker himself is a kind of Cheshire Cat in his movies. His essay films feature narration that he’s written, that’s sourced from his own attitudes and research, but he almost never reads it himself. Actors narrate over his documentaries, and when it seems like Marker himself is interjecting into the action, he does it through proxies. The smile is there, but the cat is long gone. 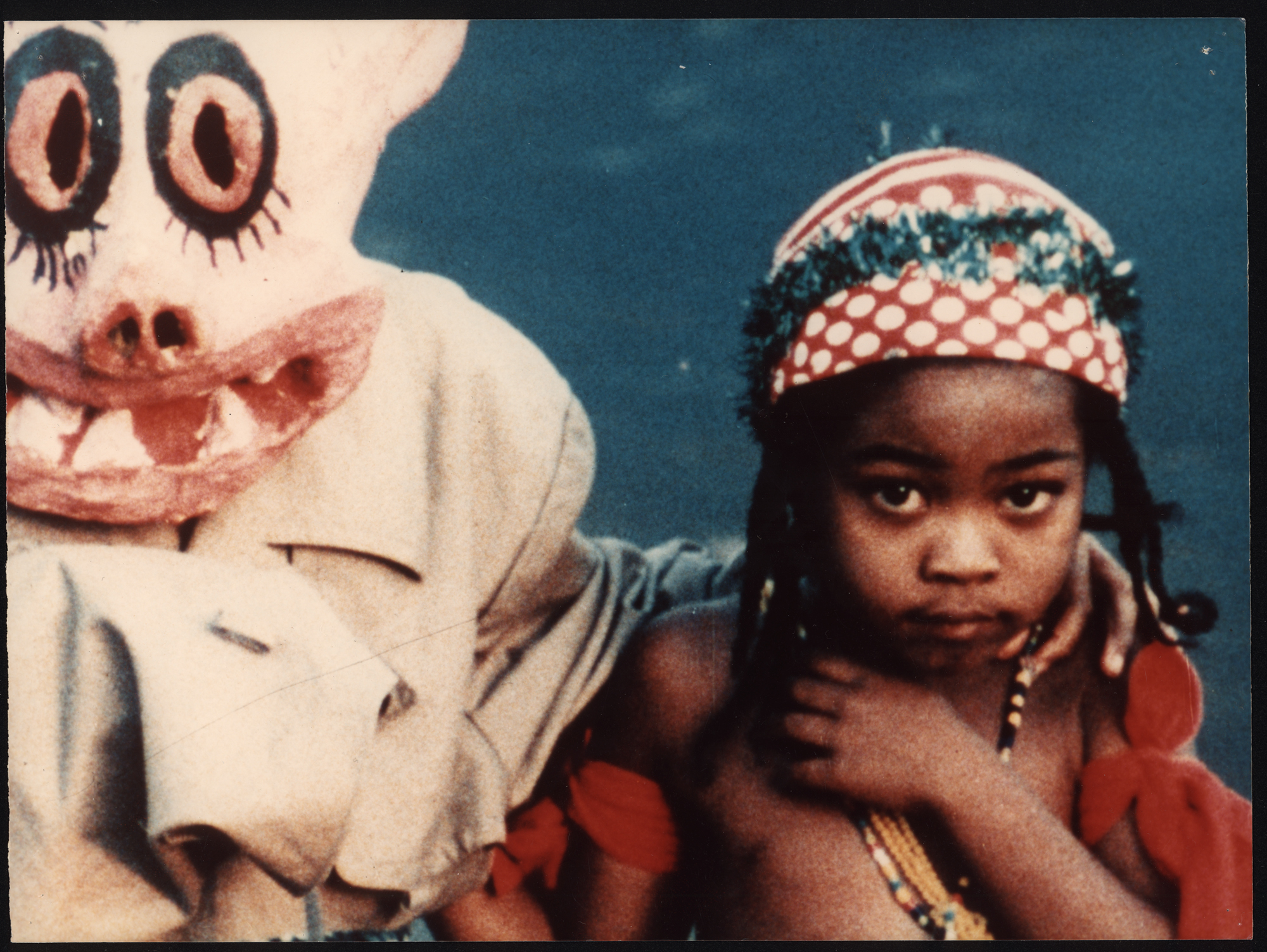 In his most famous essay film “Sans Soleil”, the travelogue documentary is narrated by a woman who receives letters from a cameraman named Sandor Krasna. It becomes pretty clear that Krasna = Marker, but it also leaves room for doubt. By speaking through a fictional character, it casts doubt on the authority of his storytelling. How much of this is real? Are the people that Krasna talk about in his letters real, or are they also a fiction of Marker’s? Does it even matter?

When we watch most modern documentaries and essay films, we’re not supposed to question the authenticity of the film or the motives of its maker. The Michael Moores and Morgan Spurlocks of the world want us to trust them. Even Werner Herzog, the O.G. of documentary showboating, doesn’t want to rattle our cages too hard about the reality of what we’re seeing. Marker’s films, though, are different. They’re more like his beloved cats: They just sit there, and they couldn’t care less if you trust them or not. They’re too busy amusing themselves to care what you think. 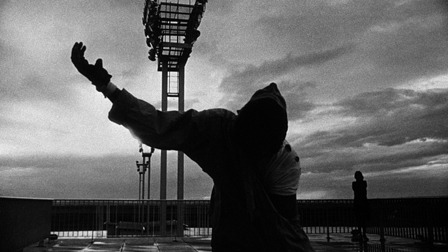 If you’re interested in diving into Chris Marker’s huge body of work, a great starting point is “La Jetee” (aka the film that “12 Monkeys” is based on). Clocking in at less than half an hour, “La Jetee” is told entirely through still photographs and haunting narration. A time travel love story that ends up saying and accomplishing more in its short running time than most modern films can do with 3 hours of screen time. If Marker had done this short and nothing else, his reputation would be assured. Like Jean Vigo, another brilliant French filmmaker who made a short film masterpiece (“Zero De Conduite“), he had gotten the secret club handshake with Eternity by making a film that barely lasted an hour. But both men kept making movies, and the world was all the better for it. 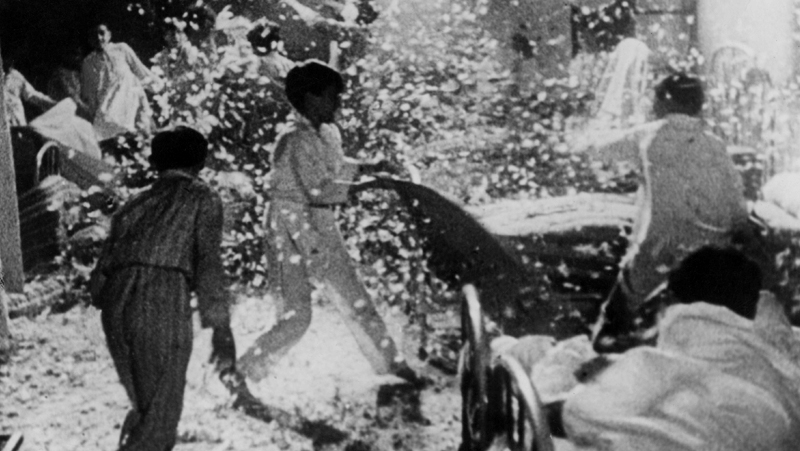 “La Jetee” is Marker’s most accessible movie; It’s also a departure from the rest of his work, which is “nonfiction” essay films (don’t forget about the unreliable narrators). “Sans Soleil” is the most well-known of his documentary work, and absolutely a must-see. Full of must-see footage shot in Guinea-Bissau, Iceland, Paris, and Japan, Marker travels the world in search of festivals and celebrations to film. The film’s Japanese segment is astonishing: Few places seem more familiar yet alien than 1980’s Tokyo. Arcades full of flashing lights, precious Vatican artifacts on display in department stores, a phallic festival with penis-shaped drinking fountains- The footage looks like it was beamed in from a different dimension.

For folks of the far Left and/or anarch persuasions, “A Grin Without A Cat” is essential viewing. It’s the best history I’ve seen on film of the rise and collapse of Socialism and radical Left politics. It also gives you a good insight into Marker’s worldview: Many of his other essay films (like “The Case Of The Grinning Cat”) pick up loose threads spun by this long and involving piece of work. 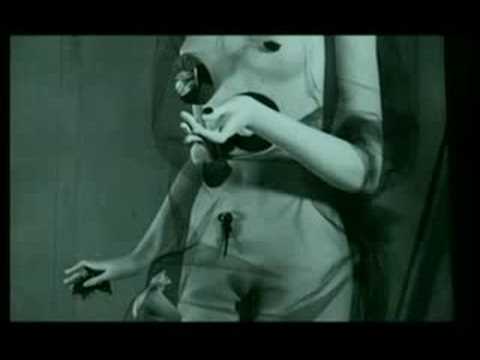 Remembrance Of Things To Come

He was a VERY prolific filmmaker, so there’s a lot of material to catch up on after you get through those. I’d recommend checking out “One Day In The Life Of Andrei Arsenevich” (a fantastic homage to Tarkovsky), and “Remembrance Of Things To Come” (about the life of photographer Denise Bellon, as well as a brief primer on Surrealism and film history). A lot of his films can be found online and are available on DVD from Icarus Films. 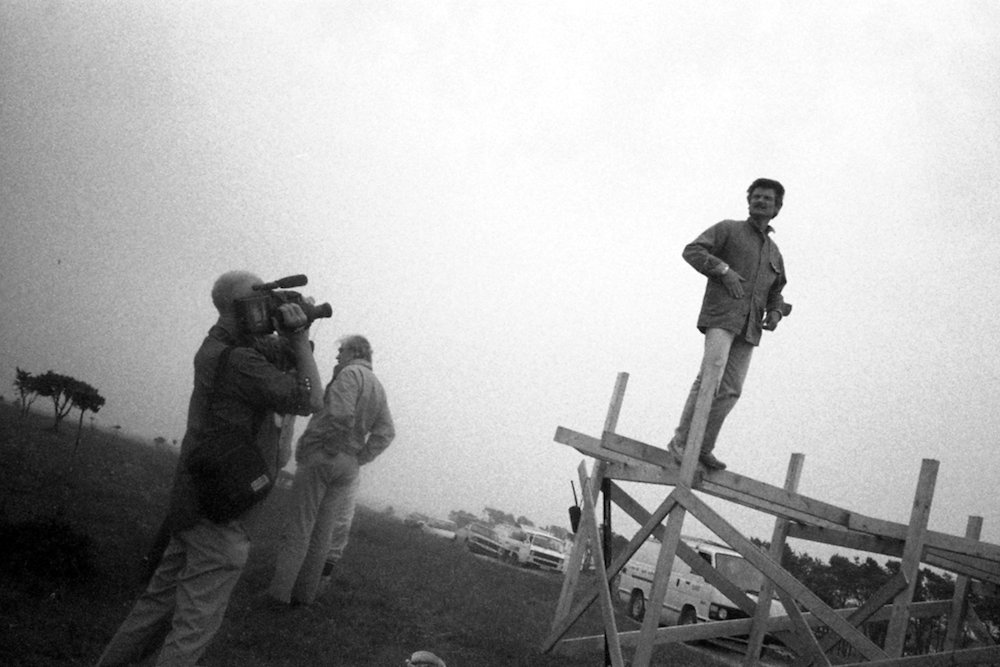 One Day In The Life Of Andrei Arsenevich

Sometimes watching his films can be a frustrating experience. The narration can wander down all sorts of tangents and strange digressions, and after awhile you might wonder what he’s trying to say onscreen. What’s the point? And then he flashes something beautiful at you or blindsides you with a playful bit of information to remind you why you’re watching him in the first place. He reminds you that cats aren’t like dogs: They aren’t trying to please you 24/7. But if you’re willing to put up with their shit, you’ll be rewarded for your efforts.

No wonder Marker loved them so much: If his films are anything to go by, he probably was one in a past life. And if the wheel of karma is truly just, that’s exactly what he is right now. 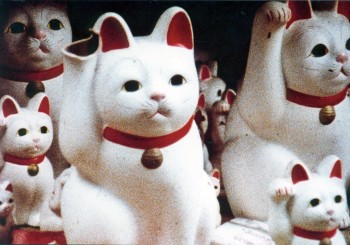