Adult Swims On the Green West Coast tour passed near Phoenix, Arizona Tuesday night, or at least near Scottsdale. Actually, it was out next to the Fort McDowell Casino half way to Payson. The choice of venue was the first in a series of questionable decisions surrounding the organization of the event. However, the content of pilots, unaired footage, sneak peaks and more was as sweet as a spoon full of powder puffs, almost sweet enough to make me swallow the near dystopian medicine of forced social media registration and hyper-security (no vapes for real?).

We opted to drive rather than take one of the shuttles from Tempe, hoping to sneak tokes in the parking lot so as to be properly mind altered and thus fully appreciate the night’s offerings. We were happy to wait for a heard of cows to pass by on the way in, thinking all the time of the thousands of future Meatwads waddling before us. We were somewhat unchilled by the stone-faced and sunglassesed police checkpoint we passed through on the way into the parking lot. Alas, with public shootings as common as premature ejaculation in high school these days, perhaps it is a necessary concession. They forced all entrants to empty our pockets and submit to metal detecting scans, though at least they let us keep our shoes on (for now). I suppose I’ll always trade my liberty for the ability to consume faux-countercultural content under the protective gaze of my authoritarian overlord’s infotainment division.

The fun didn’t stop there though. Approaching the entry gate, there was a crowd of millennials milling about transfixed by the small screens in their hands. Naturally, I presumed this was the standard antisocial behavior of our era. I soon discovered this was a crowd composed of those unfortunate enough to not do even a minimal level of planning before driving 45 minutes. For some strange reason, Adult Swim refused to sell tickets for it’s own event at the event, and thus this crowd was full of people attempting to find enough bars to access the webpage selling the tickets. It seemed like the amount of time officials spent explaining this to people was more work than just selling tickets, but I’m a broke reporter and not a giant entertainment corporation so what do I know.

Next, there was a second gauntlet to run, this one, even more infuriatingly, forcing all parties to register with a social media or email account to gain entry. This move seemed to rub many people the wrong way, judging from the short arguments I observed and the tired faces of the drones implementing the data collection scheme. Having driven out, paid, and parked already, what was there to do but blandly comply and surrender your personal data? The obedience ritual was good training for the next election cycle. 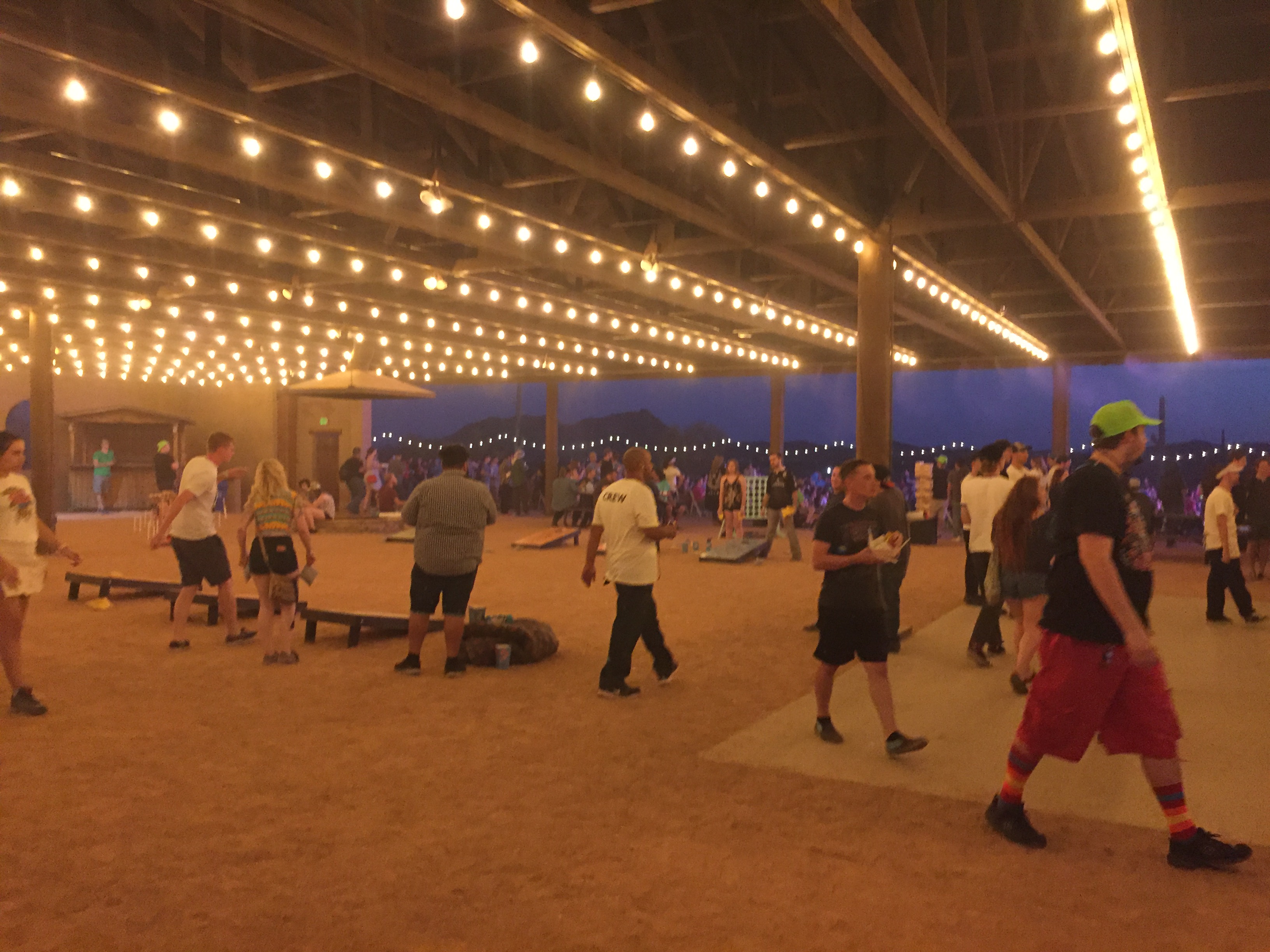 Having finally navigated all of this, we at last entered the big show. Stopping at one of the food carts, we opted for overpriced burritos that definitely satisfied our munchies. I was disappointed though not surprised by the lack of alcoholic beverages, but we were sufficiently stoned and it is possible we snuck in plastic flasks by hiding them in our boots, always a good plan at these events, as if there is booze it’s like ten dollars for a twelve ounce cup of Bud light. I mean, how’s a broke, mentally-stunted, drug-addicted millenial suppose to enjoy his stoner cartoons with a fully functioning frontal cortex? We walked through the covered and heavily misted openair structure housing a range of standard fair adult games like 2 by 4 Jenga, giant Connect Four and at last approached the large outdoor screen. 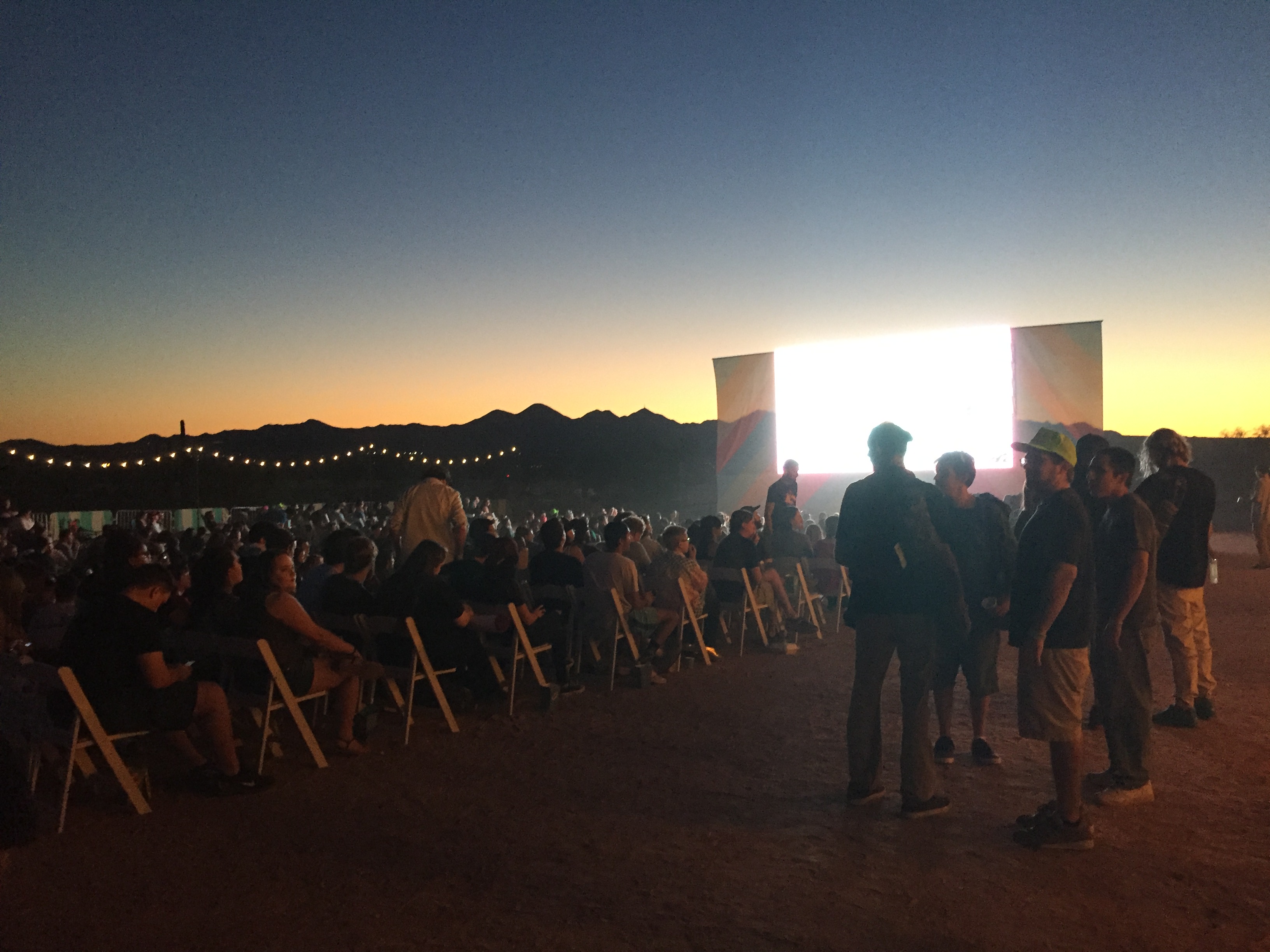 We took our seats in the folding chairs section, though had I thought of it, it would have been nice to lay a blanket out on the astroturf lawn. Incidentally, the last time I saw that much astroturfing was at one of Donald Trump’s make believe bill signings.

Anyways, I had planned to talk about all the awesome cartoons and bizarre reverse-psychology marketing experiments, but it’s getting late and I have get up early tomorrow to get stoned and go back to sleep, so suffice to say the Squid Billies episode was pretty funny and featured a racist Torquise Goblet which, Bill Maher-like, was just biting at the chomp to start uncomfortable and poorly conceived conversations about race. Rick and Morty was nihilistic and perfect as ever, and Lazer Wulf and Tigtone seemed to offer much mind bending and humorous potential.

Anyways, we should all probably spend less time watching cartoons and more time lurking outside Republican party baseball practices. Too soon? More like too late.