This article will be updated as more information becomes available.   Last updated March 24, 2017.

Tucson is having a week-long “Tucson Noise Symposium” from Monday April 4th – Saturday April 8th. We were asked to book half of one of the nights, fulfilling a lifelong dream of Night of Neuralgia (i.e. for the past few months) to invade Tucson with Phoenix noise artists.

There’s now an official page for this event: http://phonophilia.com/tns/

There’s a sort of enigma to this whole shin-dig.  I’ve actually had to do some journalism-feeling stuff to get you this, which is strangely refreshing given the hard-sell festival advertising I’ve grown tired of.  I already took off work for this.  You should too.  Or call in sick.  Or not call in… they’ll figure out you’re not showing up eventually.

We’ll update this list below as more details are revealed.  We’re expecting a full lineup released by the end of the week.

Update: One indication of the sort of festival this will be, Igloo Martian will be wandering around doing sets when the mood strikes him.  So here’s a picture of Igloo playing noise music for an elementary school class. 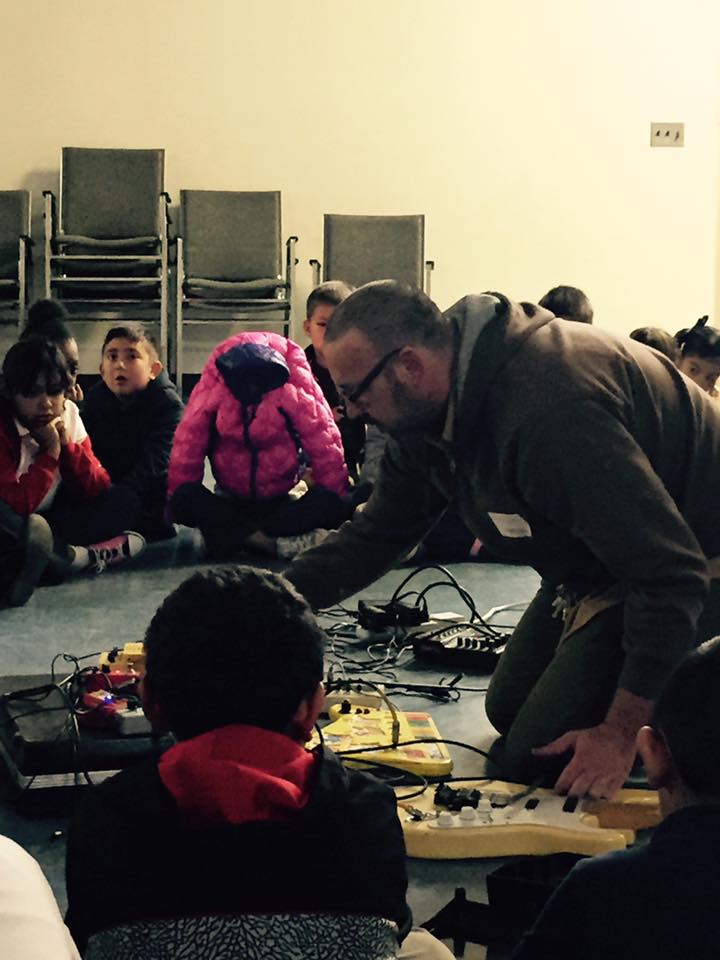 This is the night we’re bringing down these Phoenix-based performers:

The last one is me and I don’t normally play shows I co-curate but Mullarkey wanted to see me play and I like Mullarkey and I like playing.  🙂

I’ll have the list of the Tucson performers soon.

This is a yet to be revealed spot.  Rumors of a name you’d know (no, not a local one, smart ass) will be playing sometime during this.  Or not at all.  That’s why rumors are fun.  I’ll drink a soda until then.  UPDATE: My allusion to negativland was incorrect, Mark Hosler is playing on Thursday.

We have some information on this one from this fascinating pressed metal flyer: 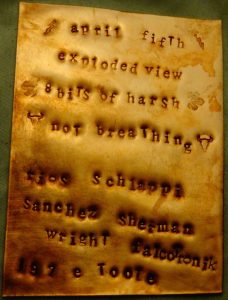 The venue has some info up on this one, describing it as “a mashup night of harsh noise and primitive 8 bit (utopian) video games!”   I mean I was already sold there, but they’re go on to talking about “an epic re-appropriation of 1984’s Kings Quest videogame”.  Fine, I’ll drive back to Tucson on a school night.  Hell, even if Not Breathing wasn’t playing.

I’m going to leave the band list as it is below until someone corrects me.   I’m kinda hoping “rios schlappi” means Matt Rios and Eric Schlappi collaborating like WOLFZiE and Gimpheart did in January.  Because that worked out incredibly well.

A master-class with Mark Hosler.   We’ll update this when we know exactly where on campus.

This one has a basefook event page (it’s my article I can make all the Pigface puns I want, regardless of how corny)

Acid house and decks are mentioned.  Sounds like a fun end of the evening to me.

A Master-class with Bob Ostertag.   I don’t have more specific info on where on this one.  I once carried around a modular synth on a different campus once, just pointing at the thing and asking people where I should be.  Surprisingly, that actually worked.

Noise will be had during the day at the Jewish History Museum at 564 S Stone Ave and the Steinfeld Warehouse at 101 W 6th St.  And the noise will continue into the night at The Flycatcher at 340 E 6th St.

It’s at 7PM at Flycatcher.  We’ll have to wait for more details on this too.

Check back later for more details as this article is updated.