Imagine dying with a mouthful of sand.

You chase after the fruit of paradise – palm trees, crystal blue ponds, beautiful strangers – that blooms and withers just out of your reach, out there in the shimmering heat. You’re in the middle of an endless desolate expanse, having every last bit of moisture wrung out of you. You can almost feel the sun’s rays tapping on your face – they’re as persistent as Elvin Jones’ drumming on A Love Supreme. The first time you listened to that record, you were on a bicycle and it was raining. The raindrops seemed to land in synch with every drum hit. You didn’t understand jazz until that rain hit you.

And now the sun is killing you in time to the music in your head – a turbulent blast of screaming horns and crashing drums that sounds like the fabric of the universe being ripped open. A ray of light, a burn on your body, for every note. All this racket makes you thirsty, so you take a long drink from the pool in front of you. You’re so dazzled by its blue color that you don’t think about the gritty taste of the sand in your mouth until it’s too late. And once you do notice the cruel transubstantiation that the desert has performed, you don’t really care: your head is full of the most amazing music! Flutes and drums and horns and guitars and clarinets and lap steel and bass! The sounds they make together, they sound like wild dogs howling at God’s door, hoping their master will let them in.

Maybe that’s your last thought- wondering if whoever’s waiting for you beyond the desert will be able to hear your voice over the sound of all those damned dogs. 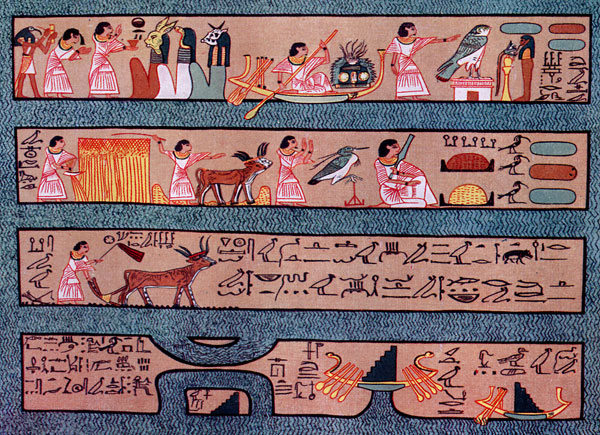 Whenever I listen to instrumental music, I daydream. Going to live jazz and noise shows, I’ll often fall into waking dreams and hallucinate my balls off. Not having the anchor of lyrics, of a human voice directing me on how to feel and interpret the music, means that my mind is free to drift off in weird directions. Like when I daydreamed about drinking sand while listening to Sunn Trio’s stellar new album.

The self-titled album builds off of the work that bandleader Joel Robinson and his ensemble have been refining over the last few years on cassette releases and live shows. It’s a potent melange of free jazz, psychedelia, noise, and world music that’s full of ecstatic yearning and chaotic rhythms. It’s music that feels as spiritual and anguished as the work of Albert Ayler, whose horn playing sounded like a desperate attempt to charm a rope to life so he could climb his way out of all this earthly shit.

The record opens with “Beneath the Sheltering Sun.” It starts off at a slow, seductive crawl, building in intensity as the percussion becomes more and more insistent and frantic. It paints a picture in my head of someone curled up in the shade of an oasis tree, trying in vain to slow down a heart that’s pounding faster and faster from heart exhaustion.

The record takes a swerve into spy territory with “Hashshashins of Alamut”. Marrying propulsive, Peter Gunn-esque riffs to a clattering bazaar jam, it’s a song that’s full of intrigue and momentum – a killer jam for masked men stalking each over in the back alleys of some North African city.

One of the album’s highlights is “Sekhet-Aaru”. Named after the Egyptian Paradise, it’s the shortest song on the album. It mixes together pastoral flutes with blurts of noise, creating an instrumental that’s both abrasive and meditative.

Following the unsettling calm of “Sehkhet-Aaru” is the album’s wilder passages. In songs like “Ecstatic Brotherhood/Tantric Imposter” and “Metallic Meth Bop”, Sunn Trio go berserk. The horns and drums on “Brotherhood” seem to be racing to see who can fly off the rails first, while on “Meth Bop” they seem to be going in opposite directions: the horns get louder, approaching Ayler-levels of my-soul-is-on-fire skronkin’, while the spastic drums settle into a blunted reggae shuffle.

The ending to “Metallic Meth Bop” is the album’s most remarkable moment. As the music seems to settle down, voices enter the track. They moan and sputter like ghosts, and as their spectral wailing begins to die down the music picks back up. A barrage of noises assail the senses – it sounds like instruments being played backwards, psychedelic noises, scratches that sound like a needle carving fresh grooves into a vinyl, the clatter of film reels being played in reverse. I have no idea what’s making these noises, but they’re getting louder and being played faster and faster until the whole song feels like a plane taking off and lurching forward to break the sound barrier. People who take DMT often describe it as feeling like your psyche is being catapulted into space – THAT is what the ending of “Meth Bop” sounds like.

The record ends on a jubilant note with “Lahmami”. A festive jam that could just as easily play at a voodoo parade down the streets of New Orleans as it would in a bar in Morocco. After an album full of songs that sound like they’ve been under the influence of a wicked heat stroke, “Lahmami” is a cool drink of water. It’s the oasis at the end of a trek through Sunn Trio’s desert. A real one, too – not the kind that will quench your thirst with sand. 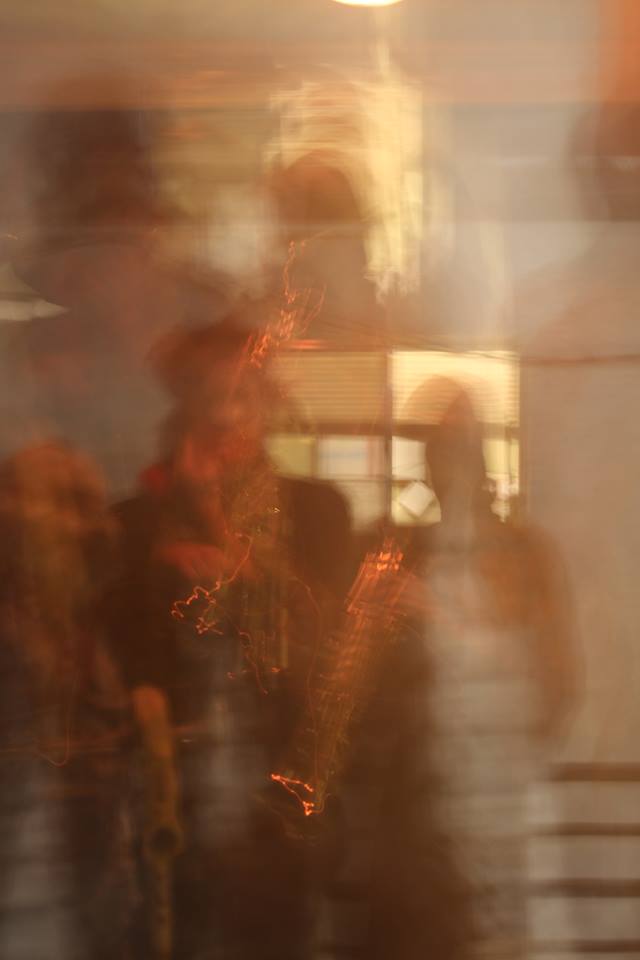