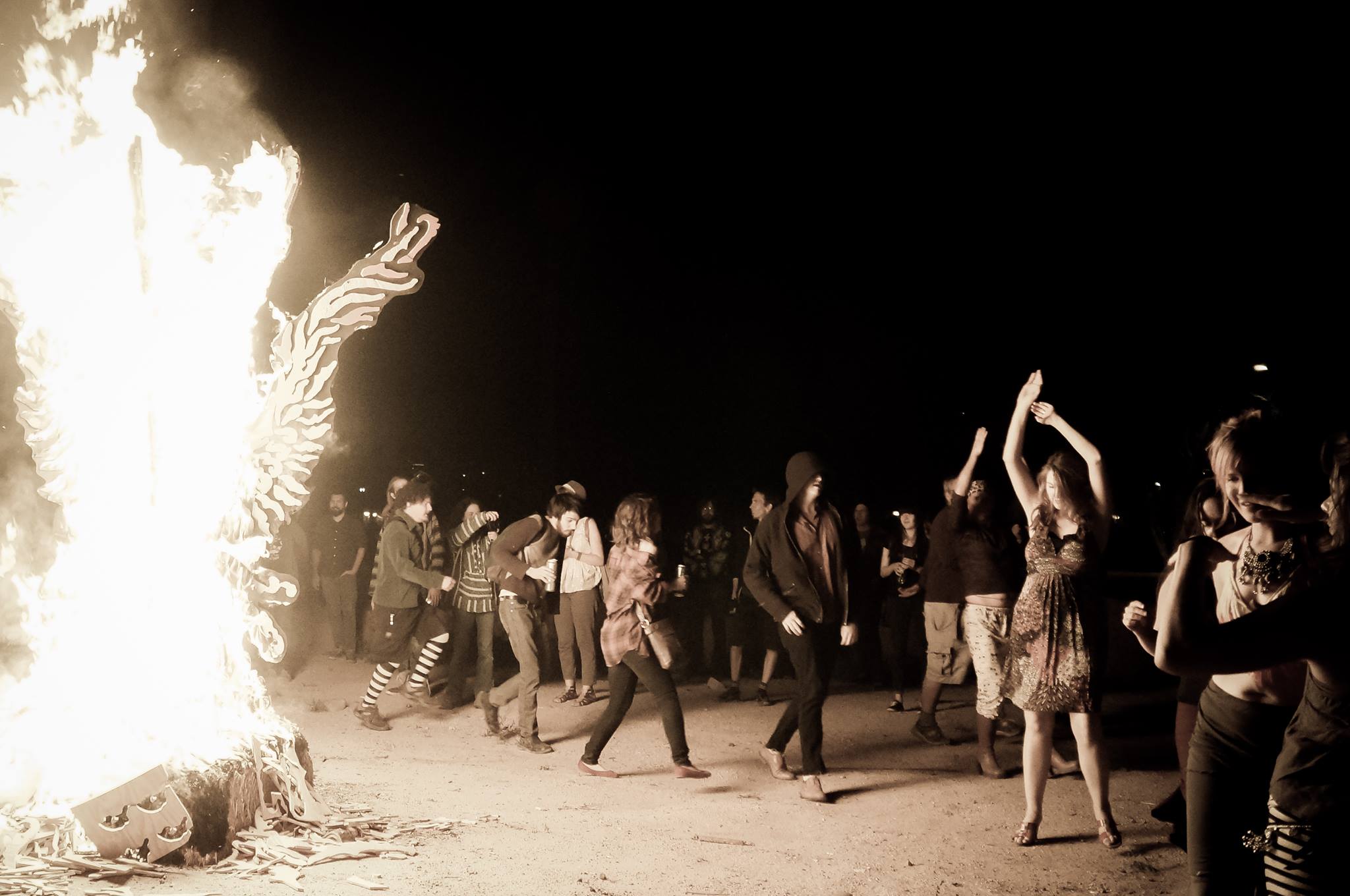 EDITOR’S NOTE: All photos in this piece were shot by Lauren Karp.

Last weekend was the 29th Art Detour, and I couldn’t have given less of a shit about it.

In past years, it was an exciting prospect: a chance to roam around the downtown scene, reconnect with folks, and see what they’re up to. This year was different. I didn’t go to a single gallery or party. I had an excuse for my absence: I was doing theater. But the truth is, even if I wasn’t doing a show that weekend, I would have sat this Detour out. What’s the point, when it’s burning heart has been snuffed out?

The best part of Detour was The Burn. It was never an official tradition. Local press outlets didn’t cover it, it never appeared on any Artlink maps. It wasn’t a show, or a networking mixer, or a party – it was a pagan rite, something older than the scene, the city, our country; a direct line connecting us to our hooting ape ancestors, dancing around their campfires.

It was a pure word-of-mouth tradition, the sort of thing you had to be initiated into. Maybe if you were lucky, you’d stumble across it. It rarely happened that way, though. If you went to a burn, it’s because someone told you about it, or you saw the bird being built at the Firehouse and asked the right questions. 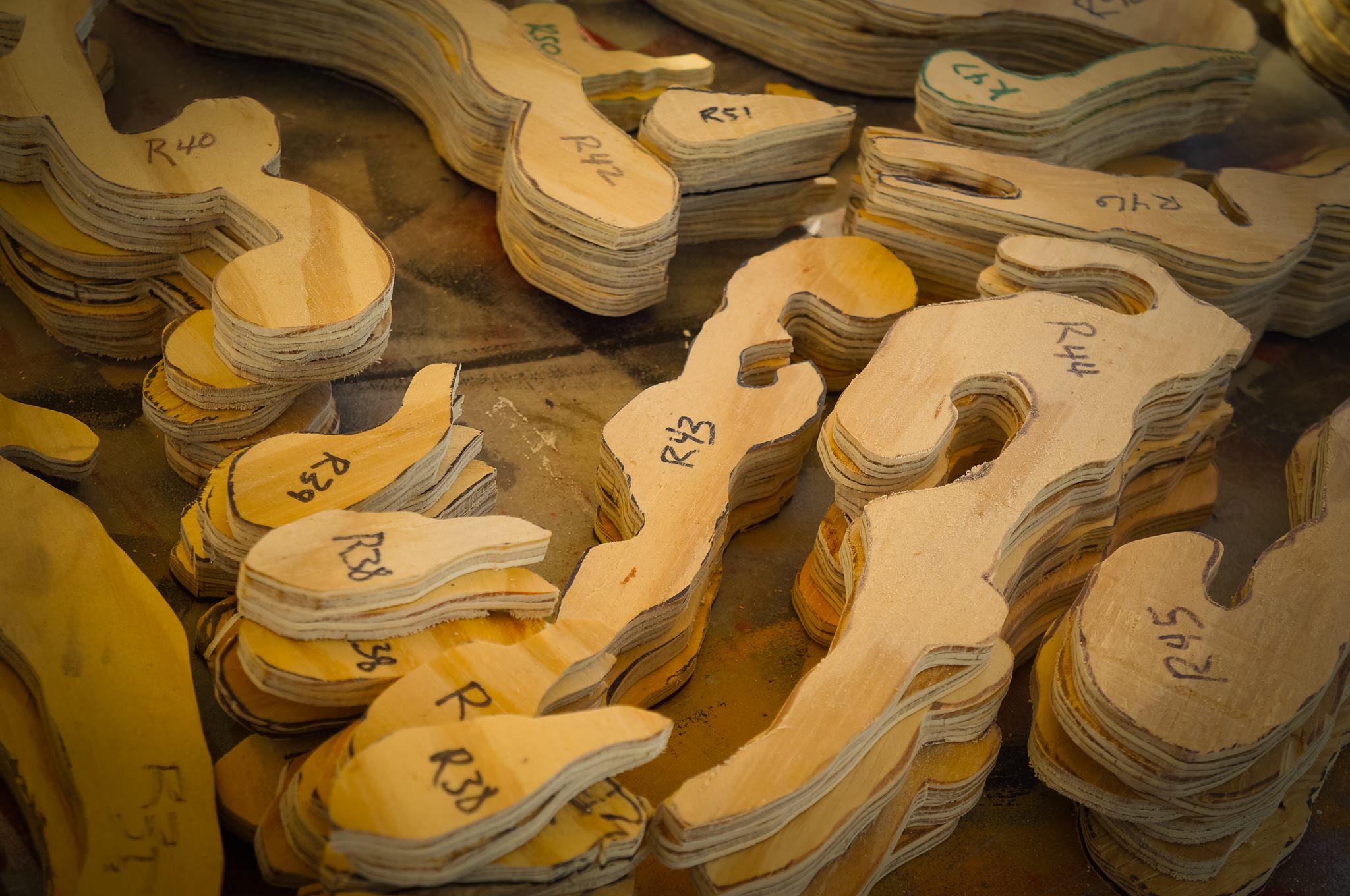 Come midnight, the sacrifice would be wheeled out into the dirt lot behind the Firehouse. The sacrifice was a giant wooden bird, carefully traced and cut with intricate decisions over the course of a week by a group of volunteers. The bird would be lit up, creating a bonfire that the crowd (usually ranging from 20-50 folks, a Who’s-Who of downtown artists, performers, and residents) would dance around. 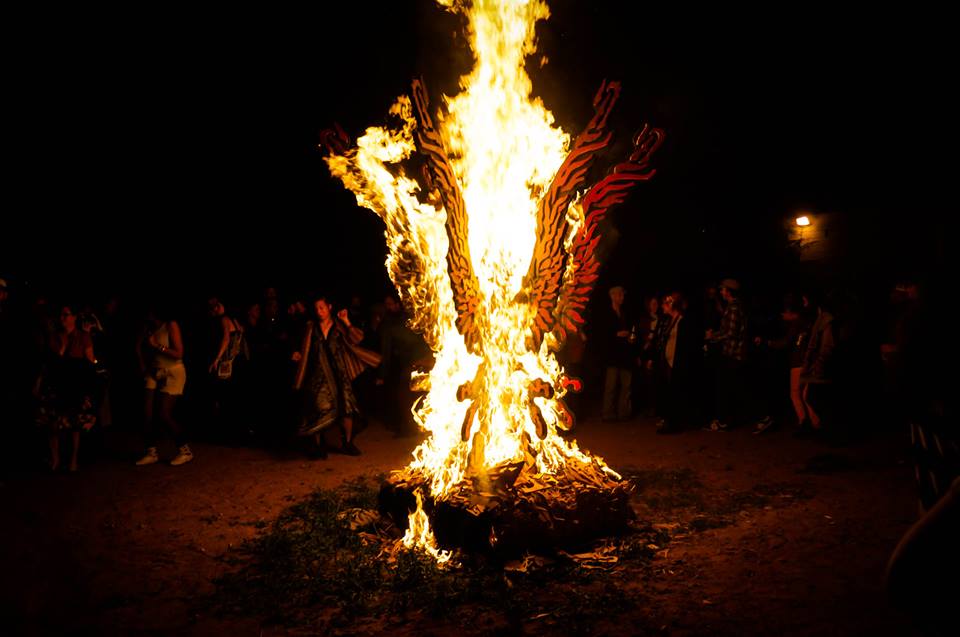 Some people would run around it in circles. Fistfuls of sage got burnt up, its rich smell intermingling with the smoke billowing off the bird. Fire performers would light their poi and spin crackling circles in the air. Drummers would pound out a hypnotic rhythm as dancers with knee bracelets made out of shells danced a clattering shamanic shuffle. Little kids would gawk at it; psychonauts trippin’ their balls off would giggle at it; men and women would take off their shirts and feed them to the flames. The fires would lick and spit at the night sky, devouring the bird. Eventually, the wooden Phoenix would collapse into a heap; the more brave and bold revelers took running leaps over the smoldering piles. 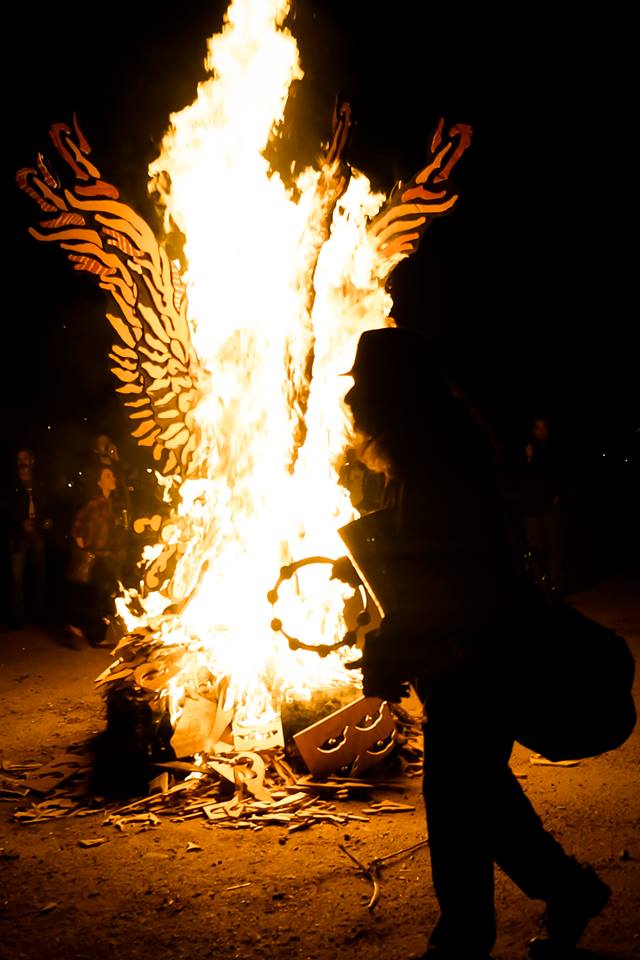 The burns themselves didn’t last very long. It usually didn’t take more than thirty minutes for the bird to be reduced to ashes. But something about the experience seemed to slow down and stretch time out. Staring into the blazing fire was like locking eyes with Eternity for a moment; dancing around the fire, it felt like we had moved outside of time. Retracing the steps of our ancestors, we put down all our baggage as 21st-century meat-sacks, our worries about making rent and our romantic woes and our anxieties about our future just more kindling for the flames. 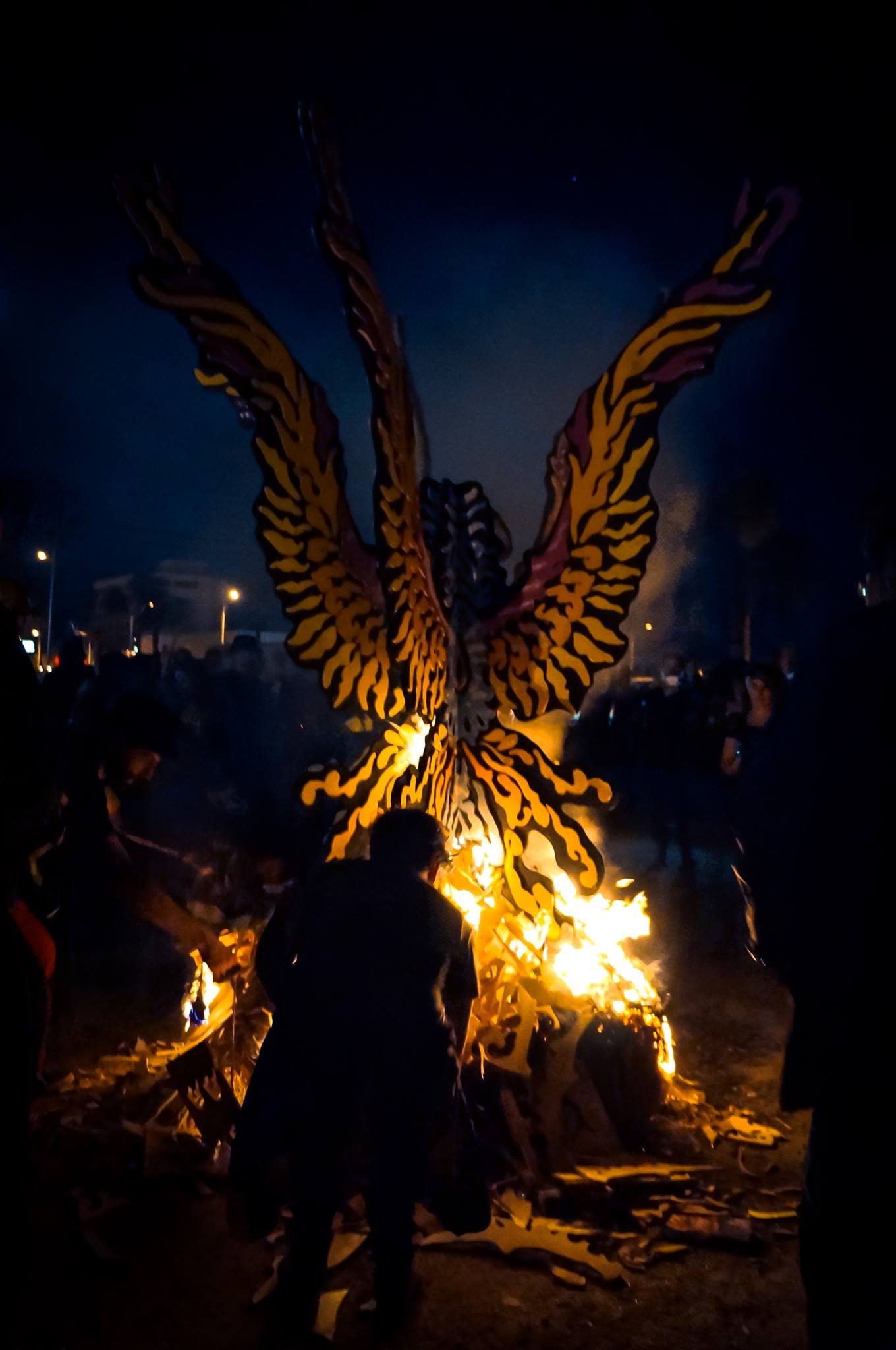 The burns weren’t just an excuse to let our inner pyromaniacs out of the bag for a night. It was also a chance to bond as a community, an excuse for poets, musicians, folk punks, comedians, actors, crafters, artists, socialites, old-timers, and youngbloods alike to gather and share a sacred moment. No matter what else these 20-50 people would do that night, we all knew that come midnight on the Saturday of Art Detour we would be standing in this dirt lot, watching another bird being fed to the fire. 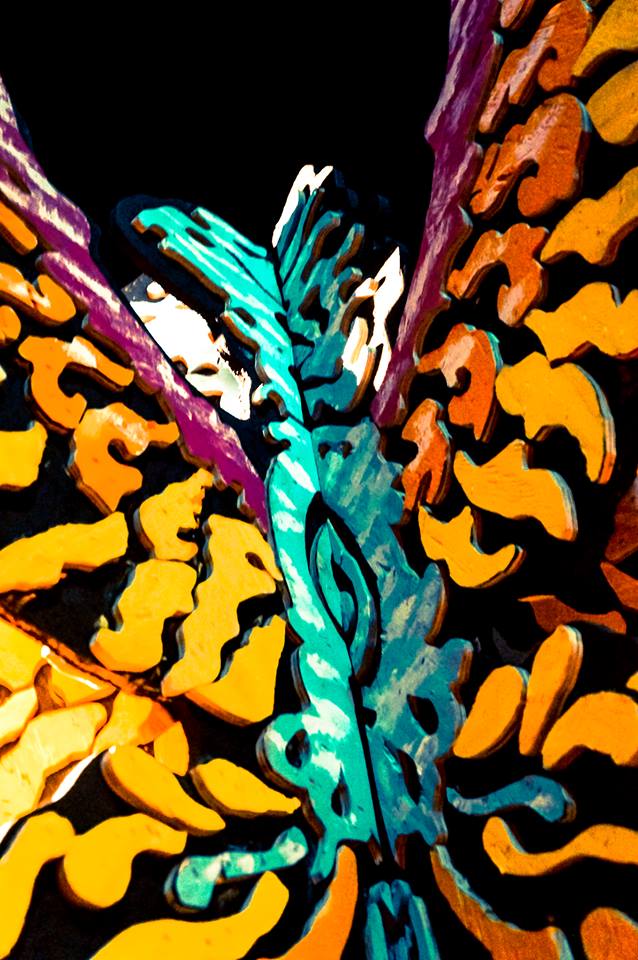 There was no burn this year.

Maybe there will be one next year, but I have my doubts. The people who helped organize and carry this tradition on, Michael & Joanna 23, have moved on to focus their lives and work in Miami, AZ. Since they closed The Firehouse and it became The Outer Space (a transition marked with the burning of The Firehouse’s old sign), there’s a good chance we won’t see a bird burning anytime soon. The bird was indelibly linked to the Firehouse, the place where it nested all year long in our thoughts, waiting to be rebuilt and destroyed again. It flew away when the 23’s did (and considering all the shit that rained down on them from Phoenix PD and the city government over the years, who can blame them?). 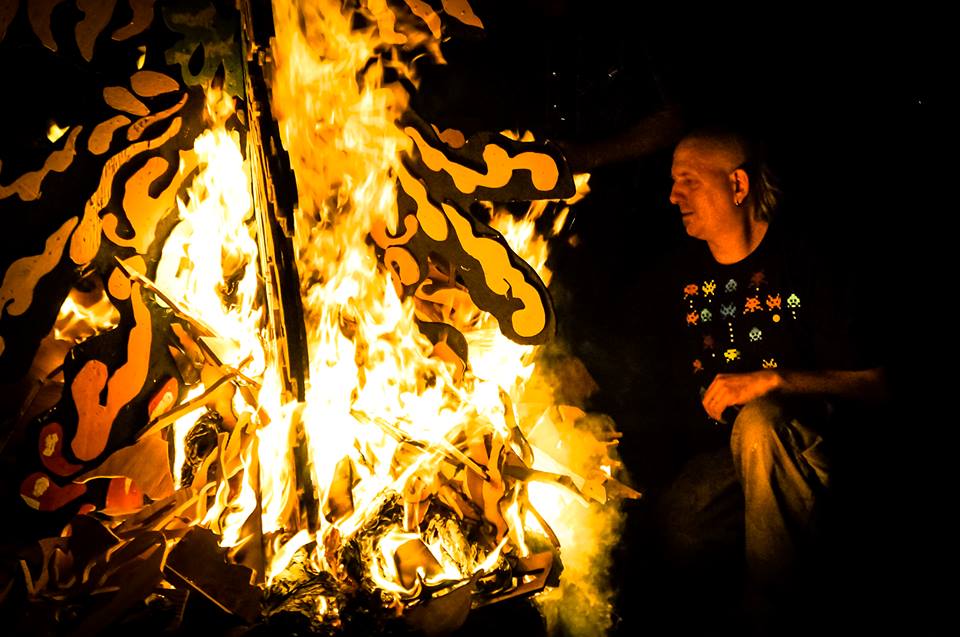 It was a beautiful tradition. In some ways, a genuinely magickal one. The fact that it’s been basically INVISIBLE all these years is remarkable. Aside from a couple of police visits, the burns have gone on unmolested and undiscovered. Happening right out in the open, a heathen celebration in the heart of a gentrifying neighborhood. Maybe it’s for the best that it didn’t happen this year, that the burns lasted as long as they needed to. That they didn’t stick around to become co-opted, to become another thing for tourists to gawk at. Maybe, when the time is right, the bird will come back, feather its nest, and wait for that liberating spark to give it life. 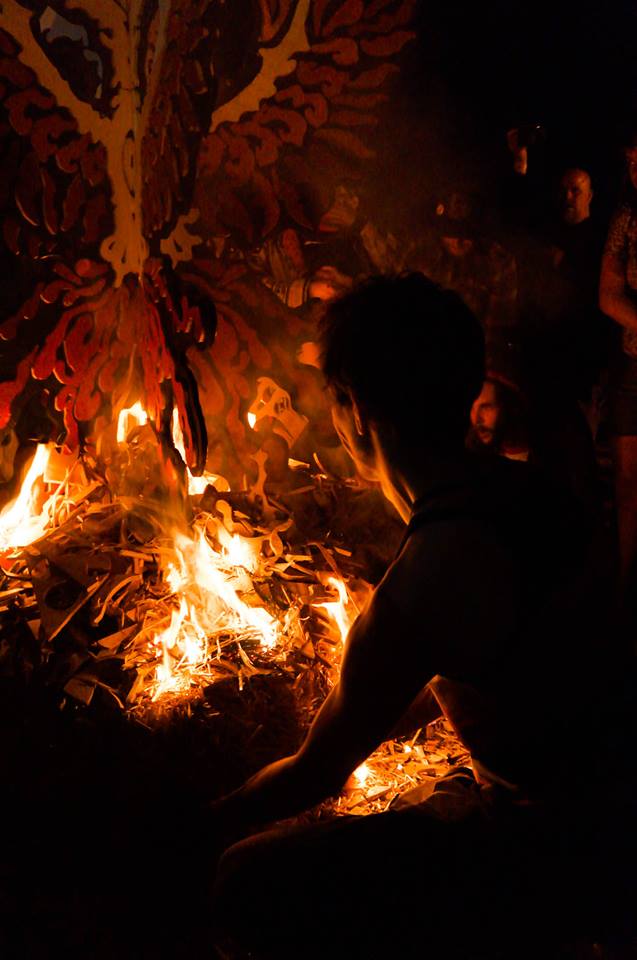 Maybe we’ll create new underground traditions to bring us all together to share our joy and our grief, to warm up our hopes and burn our fears. Perhaps these new traditions already exist, and we’re just too entrenched in our old shit to notice them yet. Who knows?

At least I have my memories to keep me warm. 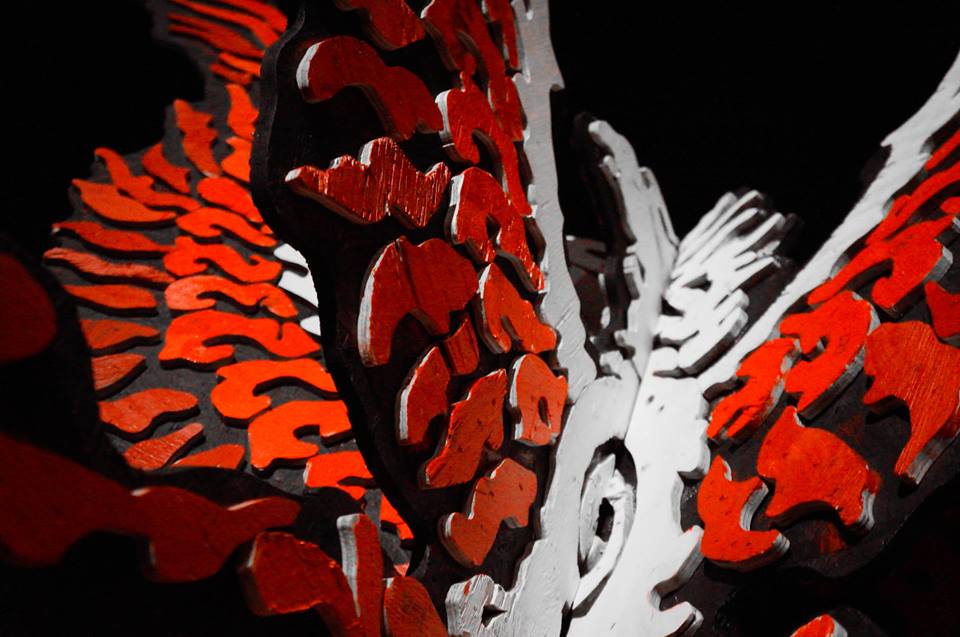