The helicopter circled, its spotlight oscillating like a rigid, inquisitive snail eye. From this far away, maybe two, three miles, it was hard to tell what was going on, but we could hear shouting, maybe sirens. We were smoking, drinking beers at Lost Leaf, and it was the apex of the Occupy Wall Street movement in Phoenix, when 46 people would be arrested for breaking curfew.

I hadn’t been back in Phoenix a few months and this was my first time at Lost Leaf. I was newly 21, and because I had drank so much at Bikini Lounge earlier, also my first time at that bar, I filled the Lost Leaf bathroom sink with puke, clogging it. I tried scooping it out, to no avail, only spreading the vomit around the bathroom. Embarrassed, I left like an asshole and went back to the crowd outside, watching the helicopter circle Margaret T. Hance park. We debated joining them. Maybe after one more PBR.

At that point, I asked my friend Danny to take me home and down the I-17 we went, him swerving from drinking more than me and me heaving my guts out the window, splattering the freeway. I have no idea how we didn’t get arrested and we definitely deserved to.

Maybe better than sunsets, jackalopes and the Westward Ho, this story illustrates what Phoenix is to me. Political apathy, heat, substance abuse, long blurry streaks down the freeway. It’s not exactly something you can fit on a postcard.

The reason me and Danny met up in the first place was to start a magazine. A newspaper. It was to be called The Participant and it was gonna be all about local politics and social activism, the exact kind we were missing that night by drinking instead. The magazine never took off. Big surprise.

Three years ago, around this time, I wrote a provocative article for VICE called ‘Reasons Why Phoenix Is the Worst Place Ever.’ It invited more anger and hateful comments toward me than any article I have ever written, with perhaps the exception of my negative One Direction review, which earned me the wrath of 300 preteen girls on Twitter.

One of the most common comments on my so-called ‘anti-phoenix’ article was, ‘If you hate it here so much, why don’t you leave?’

Here’s the thing: not once in the article did I use the word ‘hate’ or ‘dislike.’ CTRL+F if you don’t believe me. That’s because I don’t hate or dislike Phoenix.

So why did I write the article? Because, at the time, VICE was doing a series of these articles, each with the same hyperbolic title. There was one for London first, then L.A., then blah blah blah. I decided that if anyone was going to write a piece taking my hometown down a peg, it was gonna be me. (Weirdly enough, this article is going slightly ‘viral’ again—every so often, VICE recycles their content and I have nothing to do with it.)

I did not expect even half the outrage or praise the article received. ABC 15 did a segment on my piece (since taken down) and a lot of other local publications took issue with what I wrote. I think they really only had a problem with the title, because I noticed no one would or could argue against my points—and not much has changed, either. (Everything is still beige, for example, and the local government still pisses all over the public like drunken apes, although Arpaio is gone, so that’s good!)

But I really did enjoy all the blogs and comments that said ‘nu uh Phoenix doesn’t suck because X, Y, Z.’ I liked that so many people were taking the time to consider what made Phoenix great to them. There was more active discussion about what makes Phoenix great or terrible than there has been in a long time.

Phoenix is a little of both. It’s ugly and gorgeous. It’s smelly and sometimes not that smelly. It’s shitty, but plenty of nice things make up for it. And, as sucky as it is, Phoenix is still my home. I explained it best in this post: 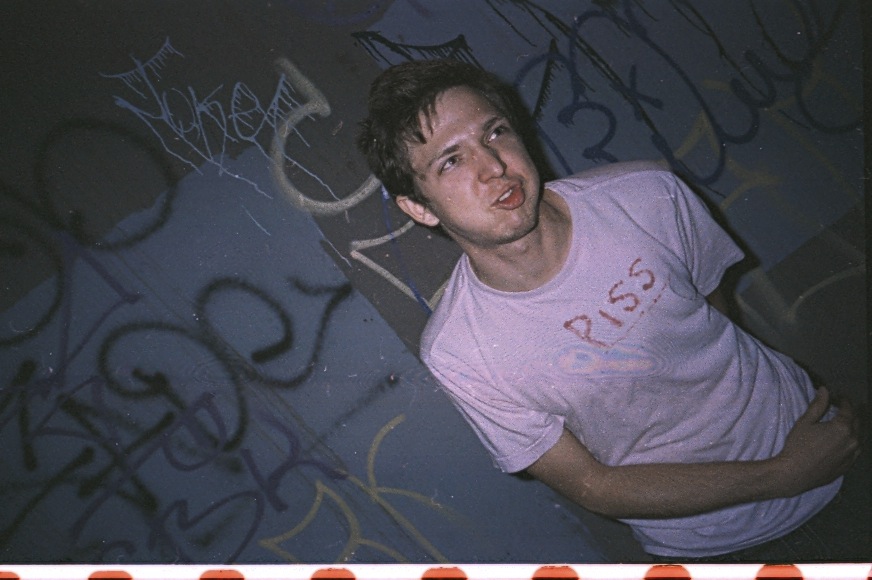 The author on a drunken summer night.

Around the same time the VICE article came out, I sat down with Robbie Pfeffer of Playboy Manbaby to discuss a documentary project that ultimately fell through. Sorry, Jack. That project was PHX SUX, which then became this website, a tongue-in-cheek newszine that explores the awful side of Arizona while also celebrating what actually makes it worth living here. Our positive articles far outnumber anything cynical or negative on the site, but some people still don’t get it. Again, a lot of people, especially on reddit, take issue with the title, not realizing PHX SUX is something deeper. Or it’s meant to be.

I was born in Phoenix and have spent the majority of my life here. I’ve lived all over America for prolonged periods of time, with extended stays in Jamaica, Europe and Mexico, but somehow after college I ended up back here for another six hot years.

I am so grateful for that time. I couldn’t even begin to hate Phoenix after all the love it has given to me. I began a prolific writing and photography career and embedded myself in one of the most active and creative music and art scenes in the country. I made more friends than I could ever ask for, and often had profound, spiritual experiences, some of them even sober. Most importantly, I met my wife here.

I won’t suffer another summer in Phoenix, at least not soon. Like the many losers before me, I am heading to Southern California, most likely Los Angeles. I’m not going there to make my fortune or anything. Gawd, no. I hope to just find a quiet little place where I can write, smoke weed, listen to BJM and watch Cartoon Network with my best friend, Riayn. There are other family-related motivations for moving that I will leave to mystery.

I definitely don’t think I’m some big shot and I don’t think you have to leave Phoenix to ‘make it.’ This scene has a bad reputation for people, especially musicians, leaving once they get a little bit of success. I also want to make it clear I’m not moving because Roosevelt Row sucks now. I mean, that’s true, but we all knew that was going to happen and there are still plenty of venues, restaurants and other buildings worth visiting, even if they’re not all gathered in one clusterfuck.

C’mon, do I really have to spell it out for you? It’s the people that make this place great.

But I also realize that Phoenix isn’t the only city on earth, so I want to explore other places on earth that suck. In short, I need a new place to complain about. Cooking in this furnace gave me a lot of character, I think, so I’m looking forward to whatever purgatory comes next.

What’s going to happen to PHX SUX? Oh, it’s not going anywhere. The beauty of this project is that it is not my own anymore. It started with just me, but now it’s an entire collective of writers and artists that are using this platform through their own lens.

PHX SUX is going to grow and transform and turn into something completely different, probably. I’m not sure what. Maybe it will die, like most of my other projects die, but at least it was badass while it lasted.

I will remain editor-in-chief, although somewhat less active, and continue to write and edit. The other writers and artists involved will continue to put on events like Night of Neuralgia and review local punk rock acts. We’re always looking for contributors, if you’re interested in that. Shoot us an email at [email protected] 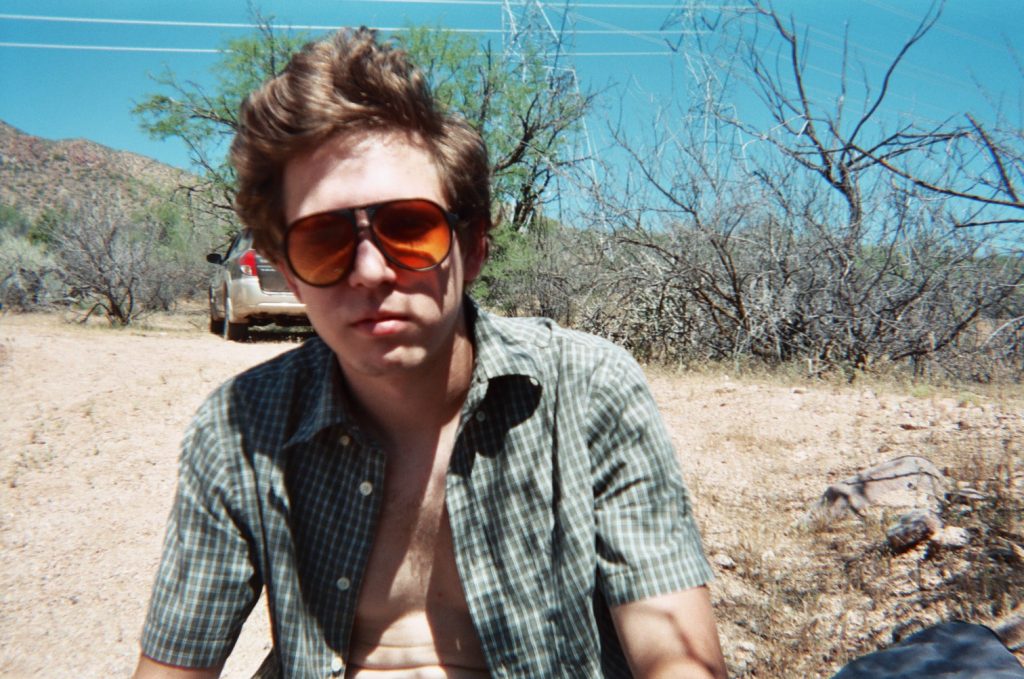 The author in his natural habitat. For now.

Oh, and there will be a sort of goodbye show. It’s really weird doing this, because I don’t expect anyone to care (and it’s fine if you don’t) but I made so many connections here that it makes sense to do something at a sort of public venue thing, rather than at my house or a random alley or something. I can’t shake how narcissistic the whole thing is, so don’t come for me, come for the music. Drunk and Horny, Andy Warpigs, Dadadoh and others will be performing. Here’s the Facechoke event. There’ll also be cake and a photobooth and other random bullshit.

It’s called ‘Adios, Sunshine,’ because I feel like in summer, I see and experience less of the sun, even though there’s more of it. I’m not calling myself sunshine or something stupid like that, although ‘You Are My Sunshine’ was my favorite song as a three-year old because my mother would sing it to me before bed. Uh, anyway.

As I’ve been packing up my atrocious amount of physical possessions, I’ve been reflecting a lot. Oddly enough, the majority of my favorite memories of Phoenix involve its excruciating summers. When the first palo verde beetles emerge. Haboobs that sweep you up and dowse you with a fireworks display of monsoon lightning. When the first Sonoran desert toads emerge. Never having to wear a jacket at night. Taking LSD and watching the sunrise and it getting 90º before eight a.m. When the sun sets at eight pm and then, the people emerge.

The number of formative experiences I’ve had in Phoenix is staggering. My support group here is deep and wide, but also creative, passionate, bizarre and thoughtful. Of course, the people are the most important part. They’re the ones you have to live with.

And there is plenty I won’t miss, too. But I’ll leave the bitching for another time. Anyway, I’ll see you soon!

Troy Farah is an independent journalist and photographer from Phoenix, Arizona. He’s got a shitty website that bears his name and you can stalk him on twitspace.