Going Underground: On Oakland & Why We Need D.I.Y. Spaces Now More Than Ever

A few years ago I went to see White Mice play at The Tribe. The noisegrind band, wearing bloody oversized mouse-heads like they were Deadmau5’s hillbilly cannibal cousins, played in the house’s basement in front of a packed, writhing audience. Pigeon Religion opened for them, showering the audience with literal sparks as they a played a set that mixed power tools with hardcore musical fury. It was a great show… and a frightening one. 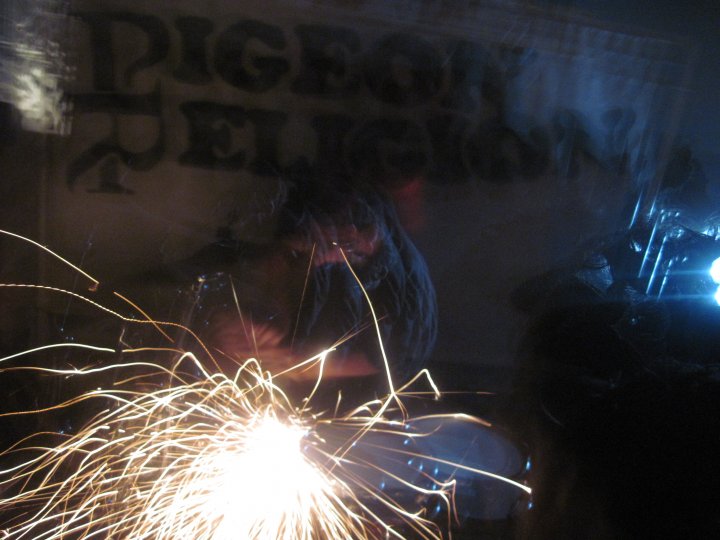 I couldn’t stop thinking about how it could all go wrong. So many bodies, pressed together in a basement; the only exit a narrow staircase. What if a stray spark caught fire somewhere? What if something electrical fried and lit up the room? I envisioned the punk version of a 70’s disaster movie: “The Poseidon Adventure” on a staircase, a sea of hoodies and mysterious guy hardcore band T’s stampeding each other and bottlenecking on that precarious flight of steps.

I tried to stop thinking about it, but once that trampling inferno scenario started rolling in my head I couldn’t shake it. Even as I lost myself to White Mice’s music, rebounding off raging bodies like a sweaty bumper car, I made sure that the crowd jostled me towards the staircase. If the worst happened, I wanted to be as close as possible to the only exit.

All my worrying was for naught: The night ended without incident. When I talked about the show afterwards, I gushed about how great the sets were and how much I liked The Tribe’s setup. I was embarrassed by the fear I felt that night, worried that if I gave voice to those anxieties I would be seen as a square or a wimp. Over time I started to look back and felt almost… nostalgic about my morbid daydreams of dying in a house show basement. That’s when you know shit is real, I thought. Art isn’t supposed to feel safe. 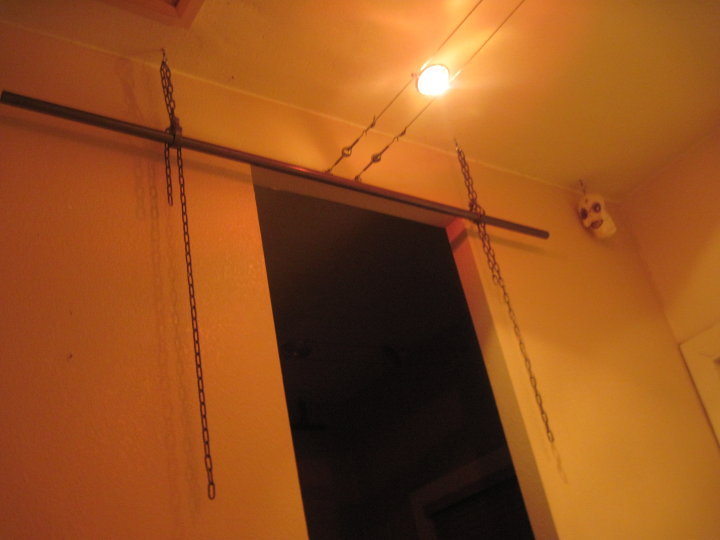 Theater In My Basement

When I first heard about what happened in Oakland, the first thing I thought about was that night at The Tribe. I’m sure that for anybody who’s been to an underground show, feelings of intense “there but for the grace of God go I” horror (and perhaps a bit of relief) shot through their minds as the Ghost Ship death toll mounted. It could have been any of us. Anyone who’s ever danced at an abandoned warehouse, anyone’s who ever performed on a stage that could be ignited with a dropped match, anyone standing shoulder to shoulder with a crowd full of people that could crush them in a heartbeat if things went to hell.

In the aftermath of such a horrific event, it poses a critical question to our community: How can we protect ourselves? What steps can we take to ensure that nothing like this will ever happen again? These are necessary and important questions, the kind of questions we normally don’t ask ourselves in good times. When the sign on the wall says “500 Days Without An Accident”, the people running the factory aren’t going to be as worried about somebody getting maimed than they would be if they were staring at a big fat zero.

Asking these questions is of vital importance. But we need to be very careful about who we’re seeking answers from. The temptation to reach out to authorities will be great, to make things “proper” and “regulated” and “aboveboard”. I know some of you will think I’m callous to worry about this kind of shit when responders in Oakland are still sifting through the wreckage, but the truth is that in a time of crisis there will be opportunists who’ll take advantage of the chaos to impose their values on us. For politicians, the police, and the rest of the powers that be, Oakland’s tragedy is the excuse they need to shut entire artistic communities down. 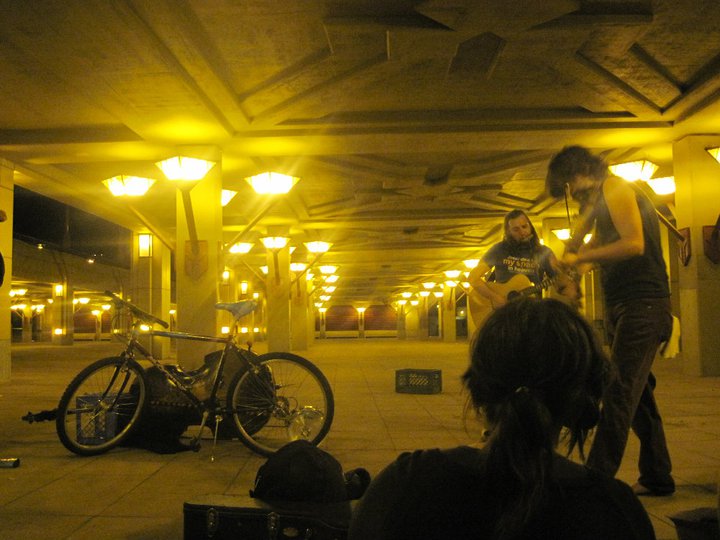 And they will. Look at the house show scene in Tempe, where folks had to devise shows like The Vanishing just to stay a step ahead of the killjoys. Expect that kind of scrutiny to intensify, because now they have the best excuse in the world: “We’re doing this for your own good.” What will probably further embolden them is popular support: Nobody wants to see Ghost Ship II happen, so if the authorities say they had to shut down a warehouse party to keep it safe, do you really think that the mainstream media is going to question it?

As a community, we need to prepare ourselves for this. But even more importantly: We need to not make it easy for them. Be wary of any community leaders or organizations lobbying for regulations. Most of them have their hearts in the right place, but they’re not thinking in the long term. One of the things that helps artistic communities thrive and grow is their obscurity. When the authorities don’t think you’re worth a closer look, they won’t do much beyond bust you for the occasional noise complaint. Start making noises about compliances and inspections and oversight and that’s when they start killing you with the ol’ death by a thousand cuts.

Let’s be real: How many shows have we all been to in venues (either underground house shows or “legitimate” art spaces) that wouldn’t pass even a cursory safety inspection? An easier question: Which spaces WOULD cut that mustard? I’ve been going to shows for going on a decade, and probably 70% of those gigs happened at places that would give fire marshals heart attacks. 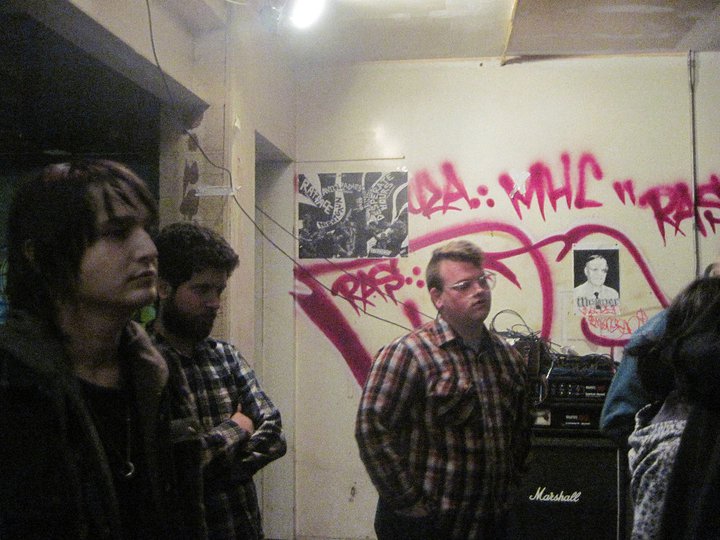 This isn’t an argument for shutting down those kind of places. It’s just to acknowledge a basic truth: Running an above board, everything-in-order space is an expensive and complicated proposition. Part of the reason why house shows and D.I.Y. spaces exist is that there are organizers and audiences that just can’t afford to buy into or work in those kind of “legit” spaces. Being able to throw shows in a basement, a shipping container, or a warehouse somewhere gives marginalized voices a chance to express themselves without fear of bureaucratic censure or being crippled financially.

Preserving these clandestine spaces is vital for the arts, and for culture. These spaces are the laboratories where the sounds and styles of tomorrow get trial runs; they act as sanctuaries for groups that don’t have a voice anywhere else; and they’re just plain good old-fashioned fun. I enjoy seeing a Best New Music Pitchfork band at Crescent as much as the next bourgie scum, but seeing a folk punk band under a bridge or watch femme punks make screechy noise in the ruins of a laundromat is a different experience entirely. It’s the difference between going to the zoo and being in the wild. 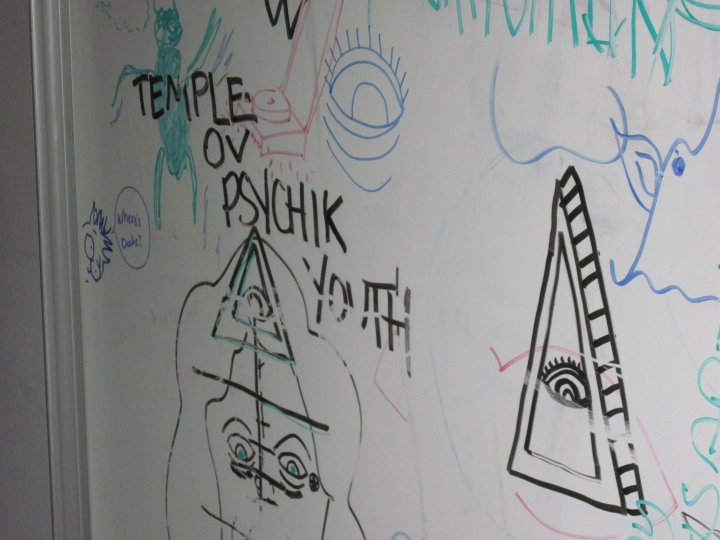 So all that being said: What can we do differently? We have to be more accountable. Showrunners and venue owners (it doesn’t matter if the venue is your apartment or a rented building) should educate themselves as much as they can on safety. Even something as basic as keeping your fire extinguishers refilled and ready to go at a moment’s notice can get overlooked.

Figure out a safe max occupancy of your space and enforce it, even if that means having to turn away people who desperately want to be there. Be a buzzkill and tell people not to smoke indoors. Stop being a hoarder and throw out shit that can be a fire hazard. Ask yourself if you’re ever going to read that stack of zines from 1998 again and chuck ‘em before they set the place ablaze. Got a successful crowdfunding campaign going on? Earmark some of that money to have an electrician check your place out and make sure it isn’t about to turn into a Michael Bay movie. Talk to your friends, your patrons, your performers, everyone who comes through: If something makes them feel unsafe or endangers them, exercise some common sense and deal with it.

And think of the worst case scenario. How many exits do you have? Are they accessible to everyone, or will the disabled be at a disadvantage? Do you have an evacuation plan or any kind of emergency measures worked out, and does everyone who works/volunteers at your space know about it? Better to over think these things and never have to do any of them than to be caught unprepared in the face of catastrophe. 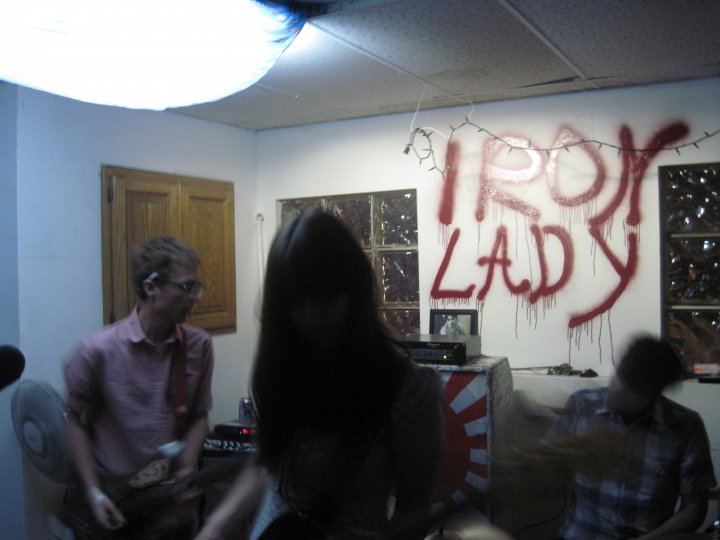 All these concerns and contingencies can seem daunting, but it’s important to remember that we have each other. We have a community of people who can watch out for each other and share our experiences and knowledge. We’re not just musicians, actors, artists, fire performers, and other assorted creative miscreants; some of us are also technicians, government employees (aka red tape escape artists), electricians, plumbers, carpenters, medical professionals. There could be people going to your shows (or playing in them) who could help you make your space safer. Talk to the people around you before you start asking for help from the powers that be.

The reality is that art will always have an element of risk to it. It’s why it’s so important to not lose perspective. As utterly horrific as Ghost Ship was, it’s an anomaly. It’s the exception, NOT the rule.
There are tons of underground shows happening all the time where nobody is injured, where nobody dies. People who will use Oakland as an excuse to push back against art scenes will ignore that fact. It’s the tyranny of the outlier at work: “Because of the one time THIS thing happened, we’re going to ignore the other 99 times when it didn’t.”

I could have died that night at The Tribe. A whole basement full of people could have. But we didn’t. We had a fun, intense night out. It was perhaps a foolish thing to do in the first place, but it doesn’t change the fact that I’d go to another show in that basement in a heartbeat. We need mouse holes to scurry in, nooks and crannies to lose ourselves in. With the administration that we have coming into power, we need all the safe, secret spaces that we can get. The burden that is on us is to make sure that those secret spaces don’t become death traps.