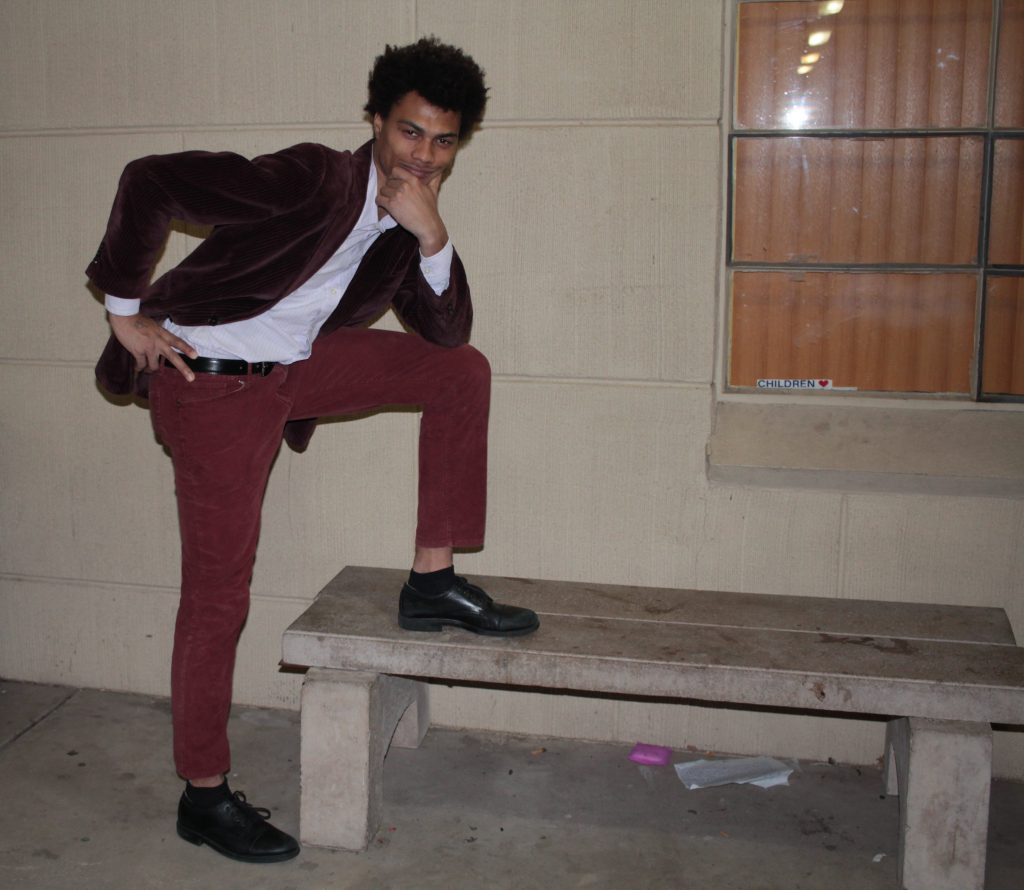 Dadadoh looking sharp as fuck // All fotos by the author.

It’s like The Trunk Space never left. The new venue has all the same scuzz, charm and cozyness as their old Grand Ave location. Some of us may remember that just a few months ago, the climate in Phoenix felt pretty melancholy—and for the most part, that damp, sweaty curtain hasn’t lifted. For months after they closed, there was no place to see a show quite as oddball or friendly or wholesome or gross as even the most mundane Monday night at Trunk Space. Well, maybe that’s glorifying it a bit, but the fact remains, when the Trunk Space shuttered over the summer, amongst other venues and art galleries, it truly sucked.

Anyway, now they’re back and it’s like when school starts up again and that weird kid who went to summer camp returns and even though you didn’t keep in contact during those sweltering months spent indoors playing video games and crying to yourself, now you’re at recess and instantly best friends again. Like nothing even changed. 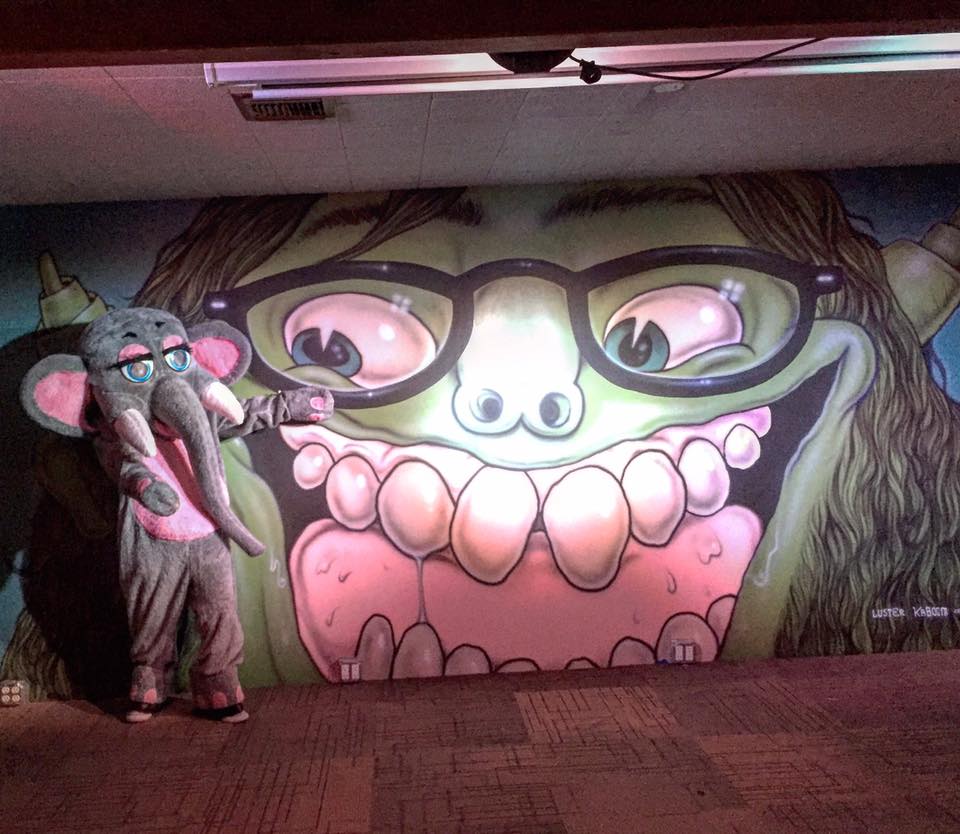 The mural, presented by an elephant! // Foto courtesy The Trunk Space.

In fact, the old Luster Kaboom mural is even back! It actually seems better than the old one, with more detail and more sheen to it. The painting was unveiled on Saturday, at the Tucson’s Revenge show by a real, live elephant. You’re reading this on the internet, so it must be true. Pretty nifty night, it must be said, featuring End Credits, Desert Rituals, Andy Warpigs, The Rifle, Run-On Sunshine, Logan & Lucille and Sugar Skull Explosion. Tucson is a bitching town and has some really great indie acts. It’s great to see them come up here once in a while. 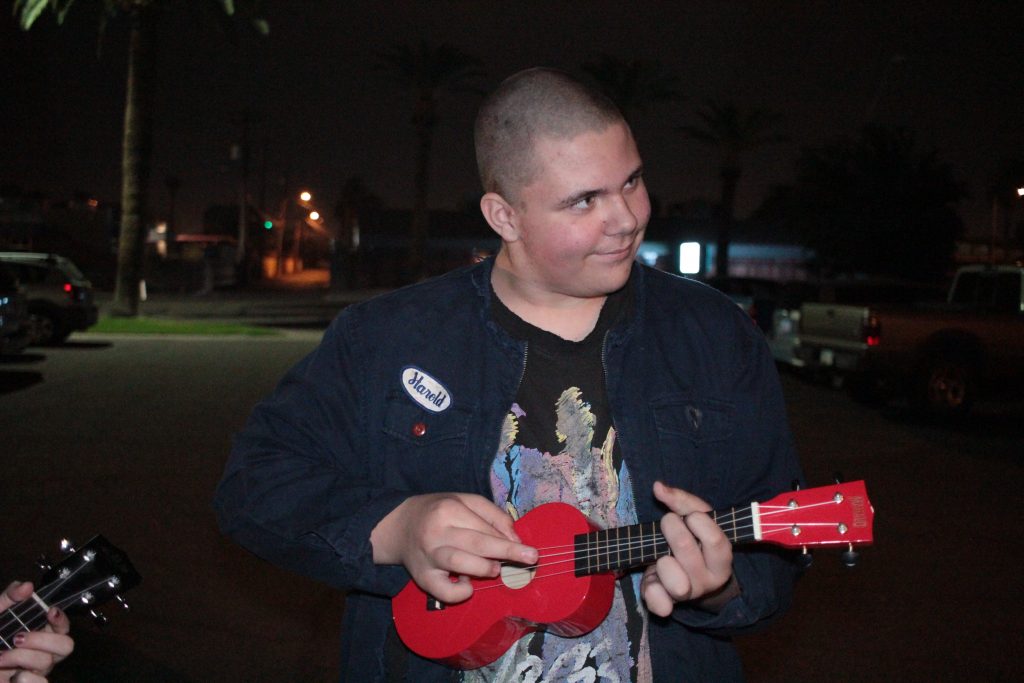 You should check out a show here soon. You know, support local music and all that bullshit. I mean, sure, it’s more important to watch all your friends live-shit-streaming in virtual 4D Oculus whatever while shoving peanuts up your ass, but it’s also nice to give a crap once in a while.

The Trunk Space is looking for volunteers, actually. They’ll even train your inexperienced ass. They need folks to help run shows and sound and make sure things do not catch on fire (I’m pretty sure that’s one of the more important responsibilities.) Ever since the Ghost Ship Fire in Oakland, DIY spaces in Amerika have been under attack. Places like Trunk Space. Let’s not let it disappear again.

Anyway, here are a few photos from the other night. 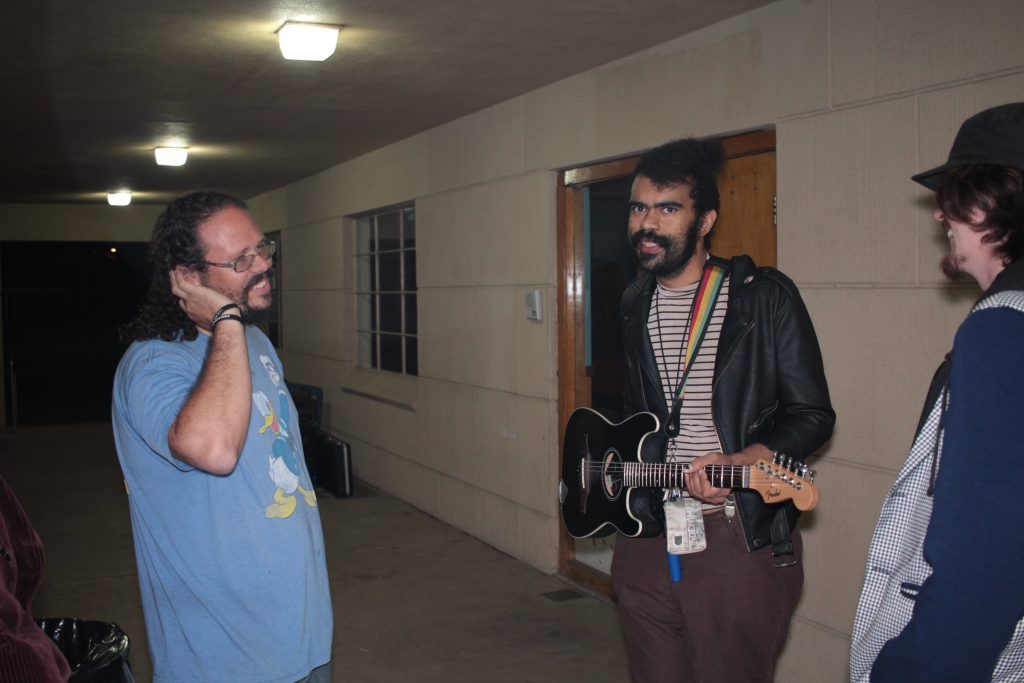 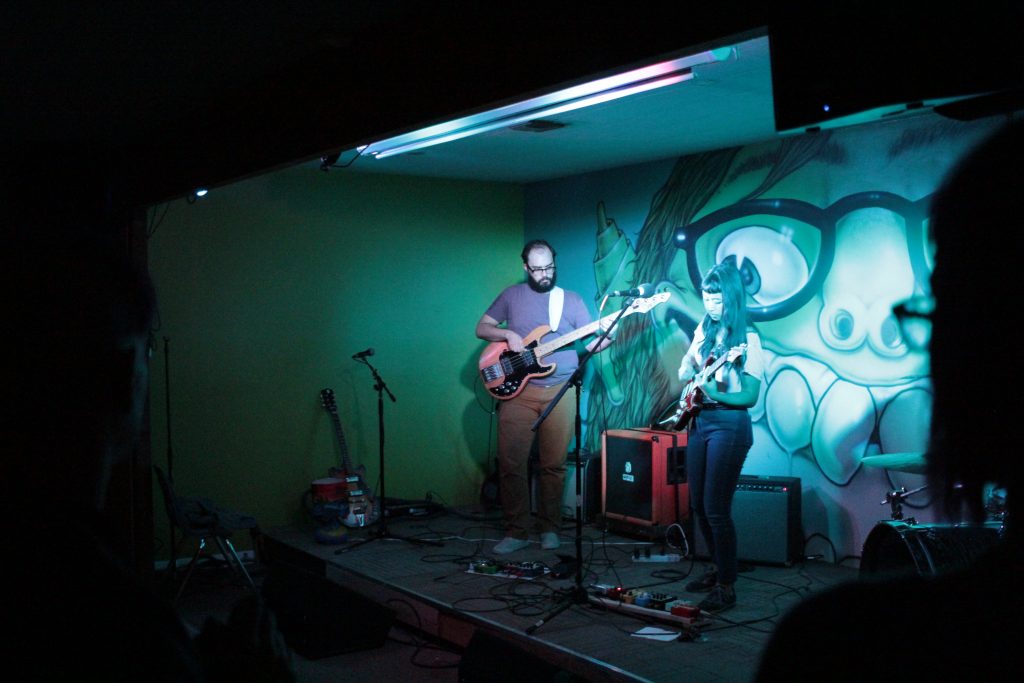 The Rifle (from Tucson) finishing up their set. 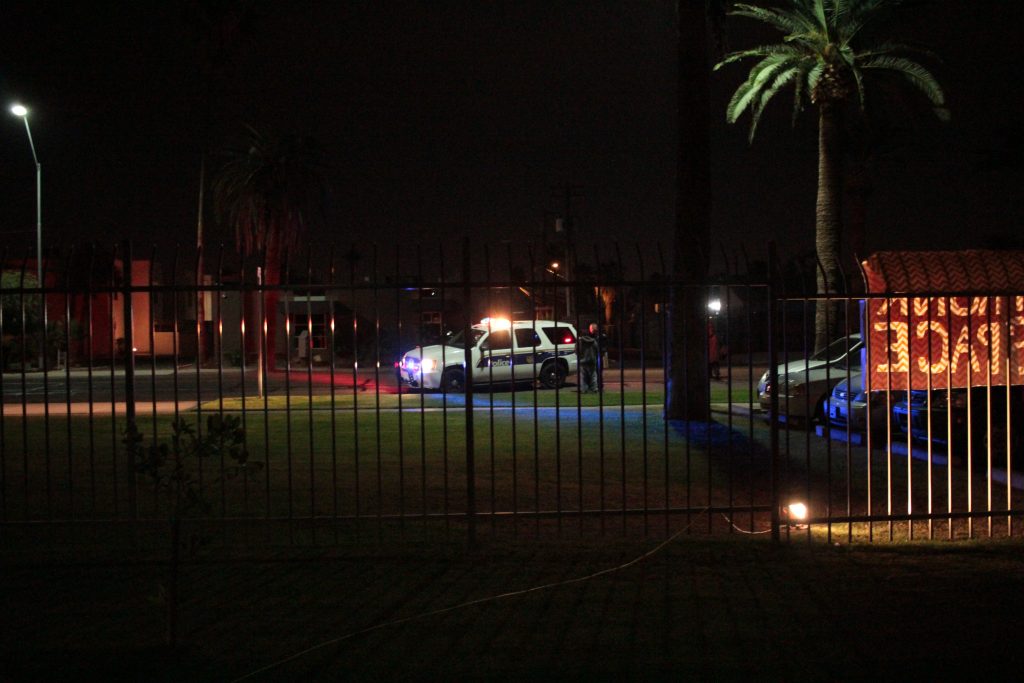 Even the cops showed up briefly because some random guy walking around couldn’t be left alone. 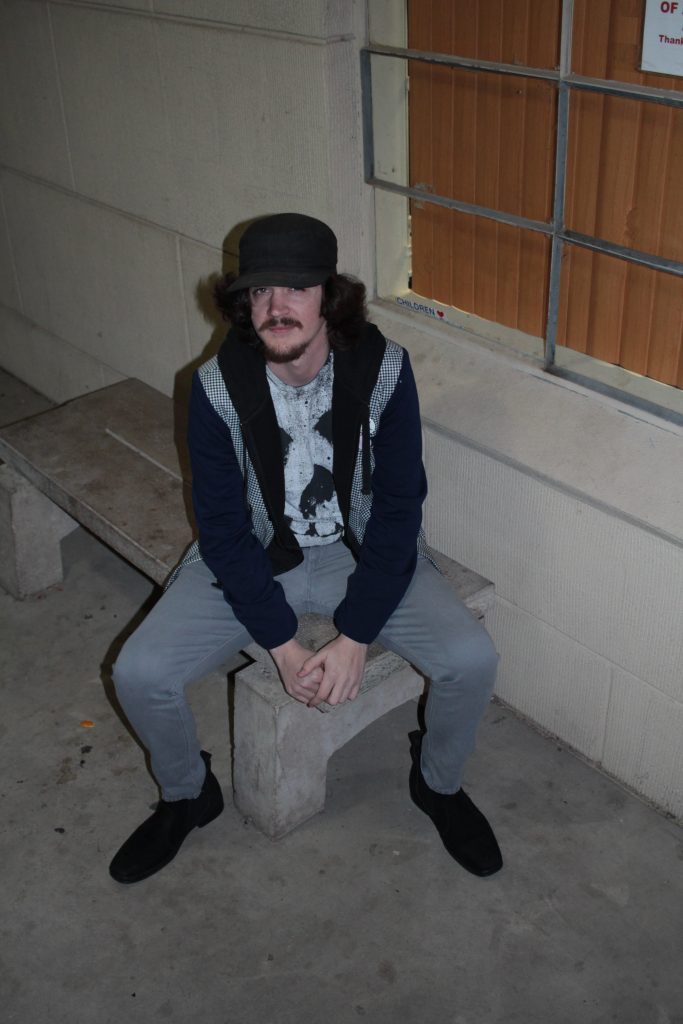 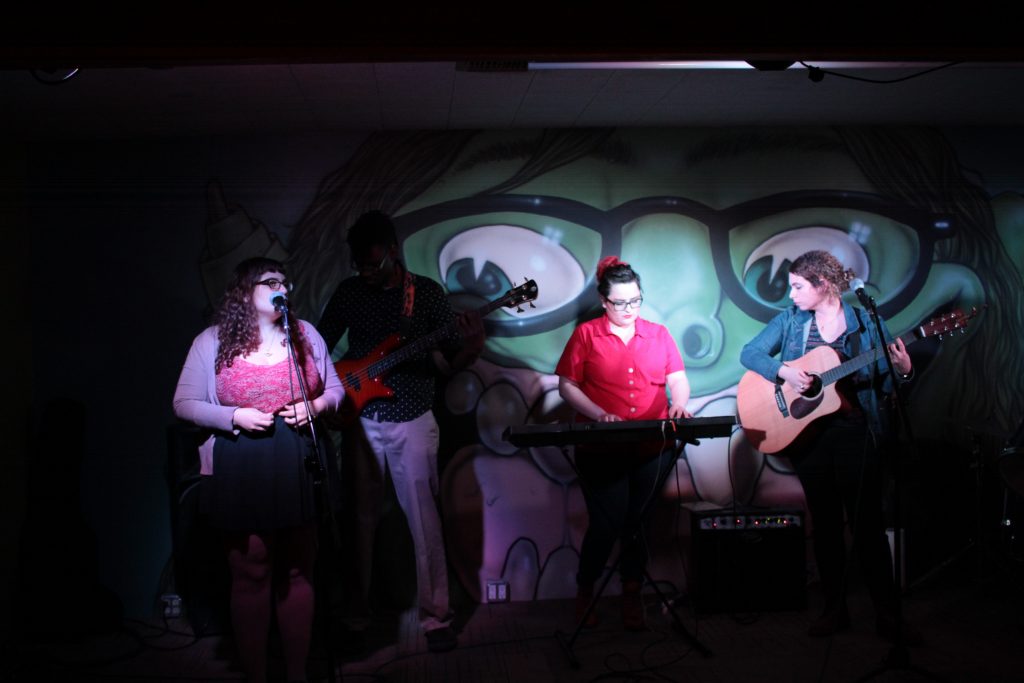 For added fun (and to take up more space), here are some photos from a house party we stumbled into. We don’t feel like disclosing the location or owners, but we will say Paper Foxes and Tribal Leader played killer sets using a subwoofer so powerful it shook the walls, shredded your organs and could be heard down the block. Too bad I didn’t stay for 20FT. Neon Jesus because I suck. 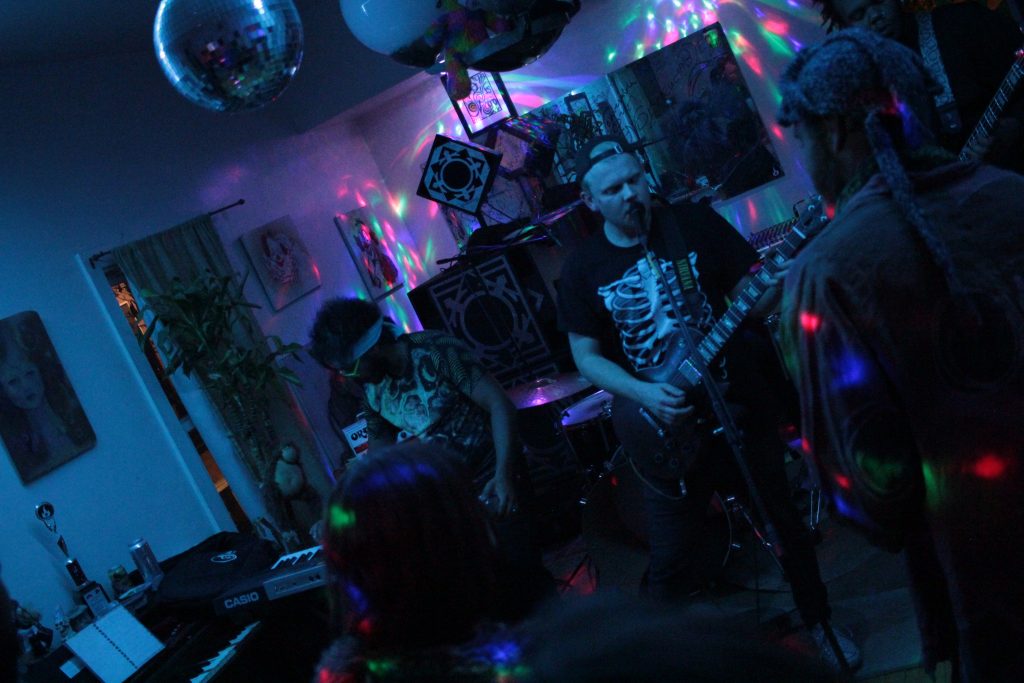 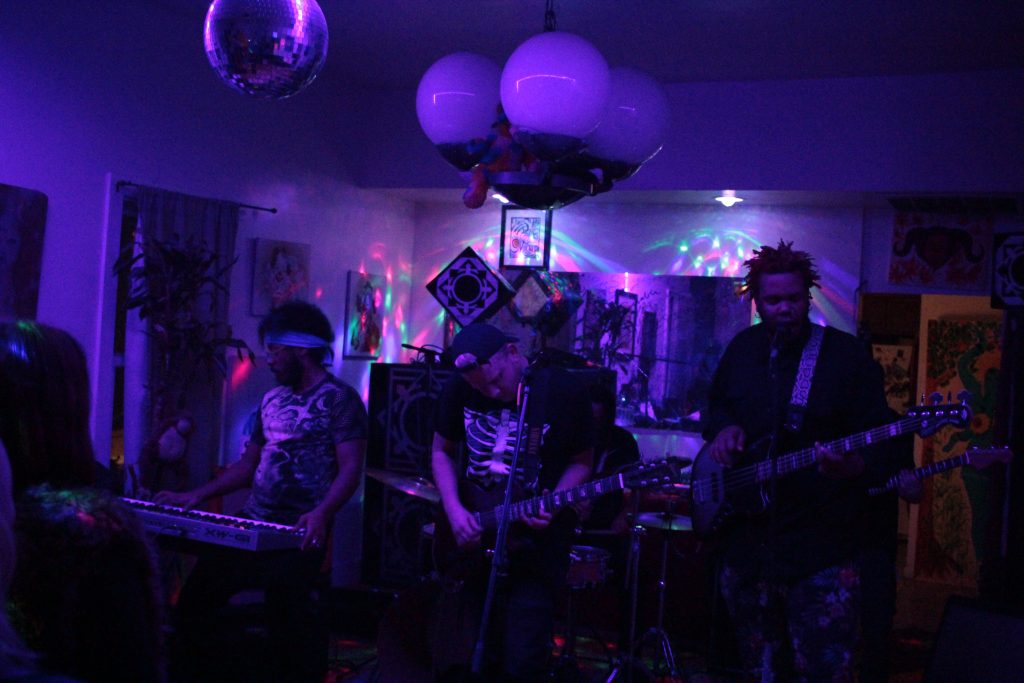 Tribal Leader. Fuuuuuuuck that bass (in a good way). 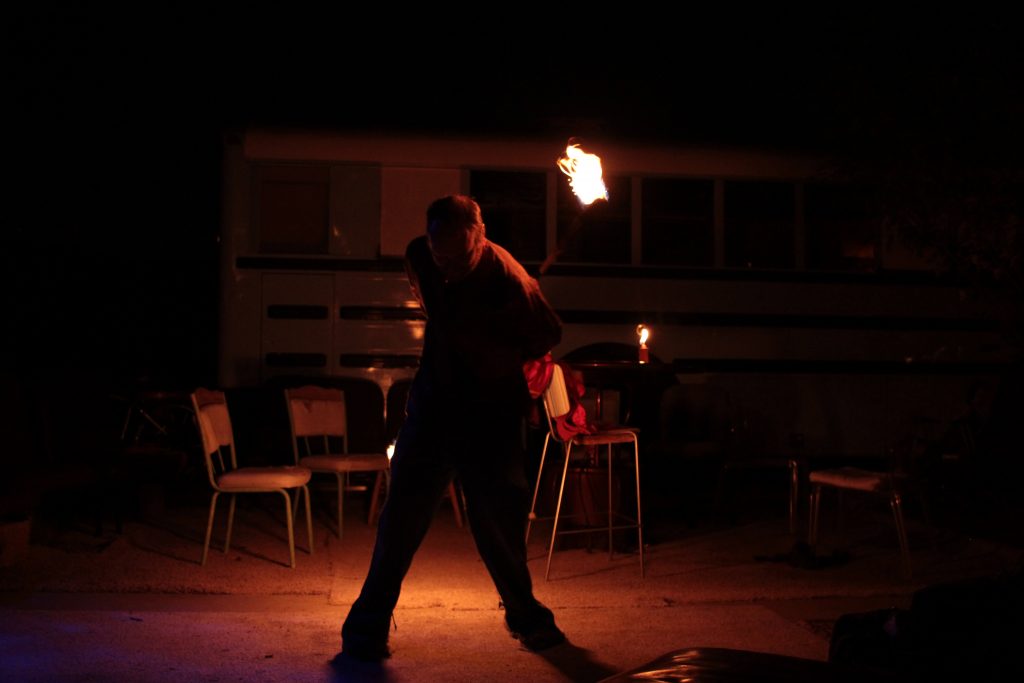