How I Learned To Love Phoenix By Flirting With Seattle

You know what the best part about living in Phoenix is? Nobody gives a shit.

That sounds like a bad thing, doesn’t it? But there’s virtue in indifference. When nobody cares about what you do, you can do whatever the hell you want. There’s plenty of room to make your mark when nobody’s bothering to mark their turf. Old heads bemoan the loss of local history: The fading shadows of old scene heroes, the legendary coffee houses & venues that stay open only in memories, the buildings that have been ground into dust by developers looking to build condos on the graves of our culture.

There’s a bright side to all that loss: We’re not weighed down by our past. People here are free to create and not have the accomplishments of their forebearers rubbed in their faces every five minutes. No need to worry about gatekeepers when the gates keep burning down. And nobody gets to coast along on snide shouts of “Don’t you know who I am?!’ because it’s hard to rest on your laurels when they’ve been turned into a pile of ashes. 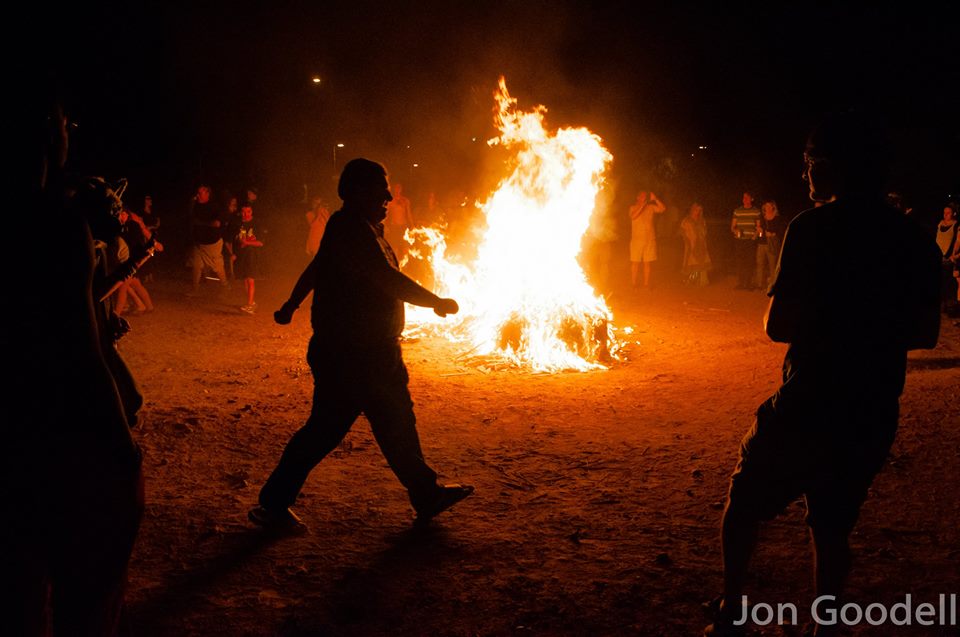 I’ve been thinking about this a lot lately. As of this writing, I am 33 years old. That is also the length of time in which I’ve lived in Arizona. I’m one of those rare, verging-on-mythical creatures: A native ‘Zonan (Or is it Zoni? Zoner? 33 years and I still haven’t nailed down that piece of nomenclature). Someone who’s lived long enough in the Valley to watch entire swathes of desert get swallowed up by the concrete sprawl like a slow-moving flood.

It’s easy to lose perspective when you’ve lived in the same place for so long. You have to keep reminding yourself about all the good things about your home, the things that make it worth staying, before all that familiarity starts to curdle into contempt. It’s especially difficult to keep your perspective when you get to see just how green the grass is on the other side. 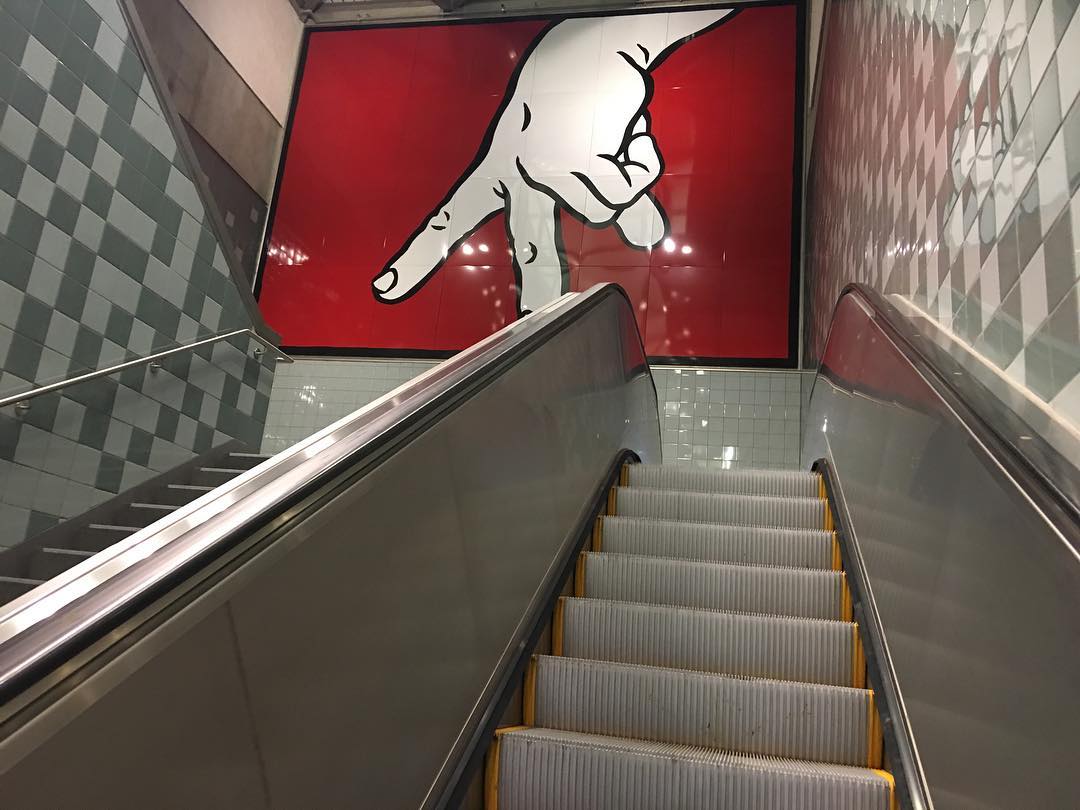 Getting off the lightrail at Capitol Hill

A few weeks ago I took a trip to “the other side”. I flew down to Seattle to get away from Phoenix for awhile, and to visit some Phoenician friends that had relocated to the city of grunge, sudden rainstorms, Starbucks, and rampant homelessness. After spending four days there, I was sorely tempted to stay. 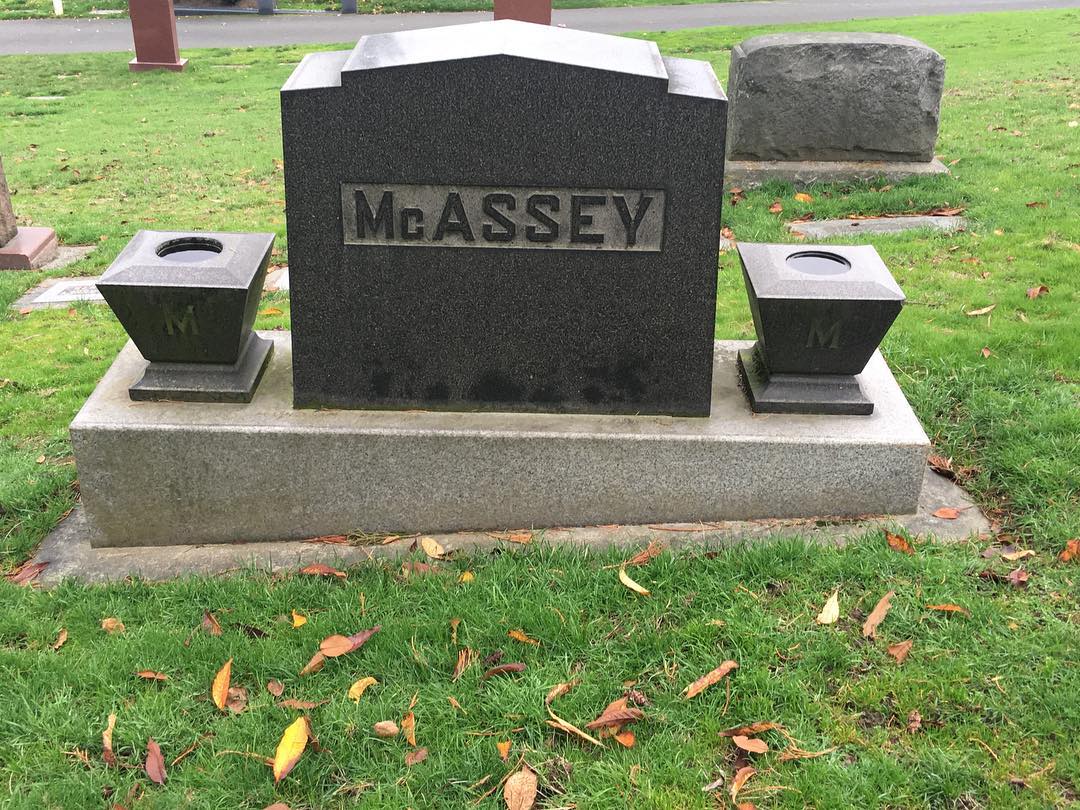 Even their headstones are amazing

Seattle reminded me of my past outings to Portland and NYC, but it was a grittier, dirtier version of Portland. It was like if you took all the good parts of New York City, subtracted the omnipresent stink of garbage, and added a shit-ton of trees. It was basically the perfect city. They had movie theaters with actual marquees! A reliable public transit system! Stores with basement levels! You could actually walk across most of the city in a few hours and not get skin cancer in the process! 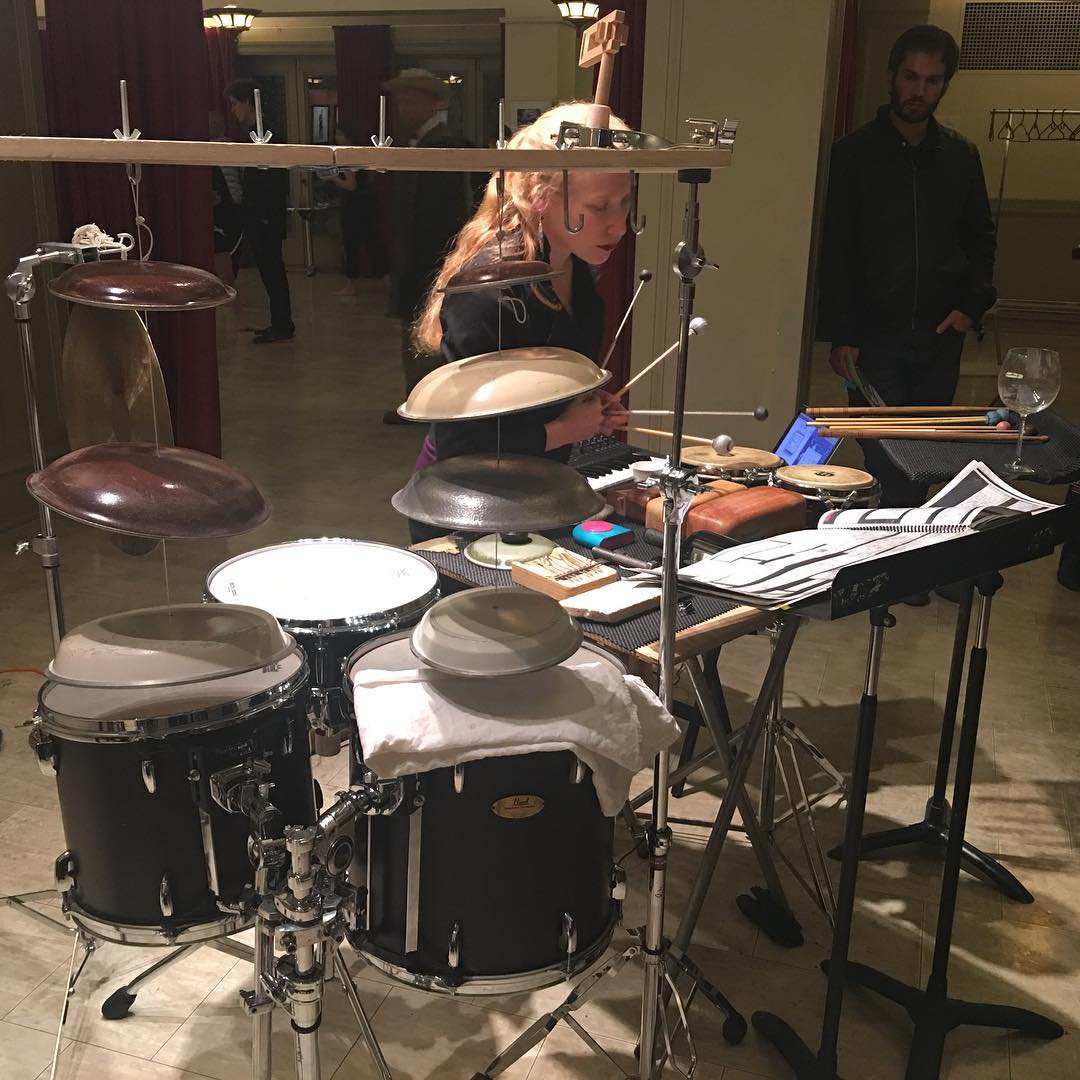 My friend Ian and I went to the Seattle Town Hall to catch a John Cage tribute night where they performed over 20 different Cage compositions over the course of 3 hours by performing multiple pieces simultaneously on two different floors at the same time! Running up and down the stairs to see what was happening throughout the town hall, I tried to think of the last time I had seen something so complicated and immersive and thrilling happen in Phoenix. For the life of me, nothing came to mind. 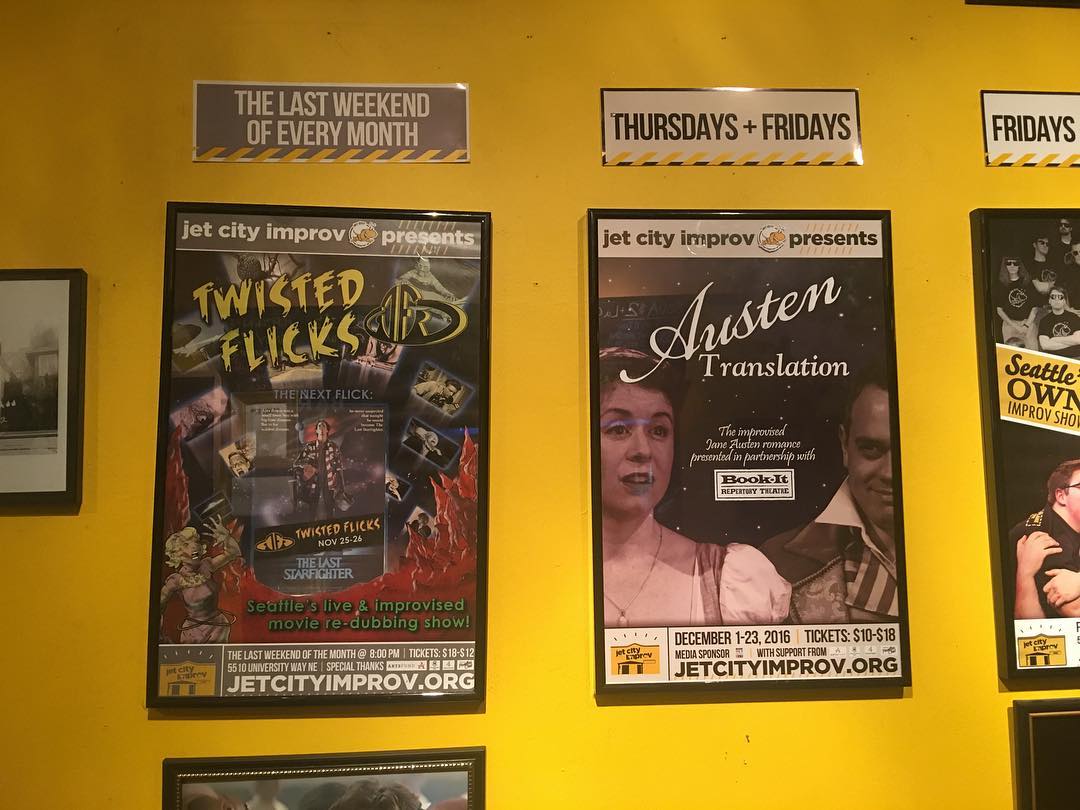 The lobby at Jet City Improv

We also went to an improv theater called Jet City Improv that had an astonishing setup. The inside of their theater dwarfed any improv theater back in Phoenix, and they even had FILMED trailers for their upcoming stage shows! We even found a place called TheIn Arts that was like the Seattle version of The Firehouse Gallery. A two story live/work artspace with blood painted on the stairs, an incredible noise show happening in their basement (who would have thought that two guys playing slide whistles could conjure up such an unholy racket?), and a living room full of folks creating art and having stimulating conversations. And the whole place was clean and easy to navigate. I wanted to uproot the place, fold it into my pocket, and take it home with me. 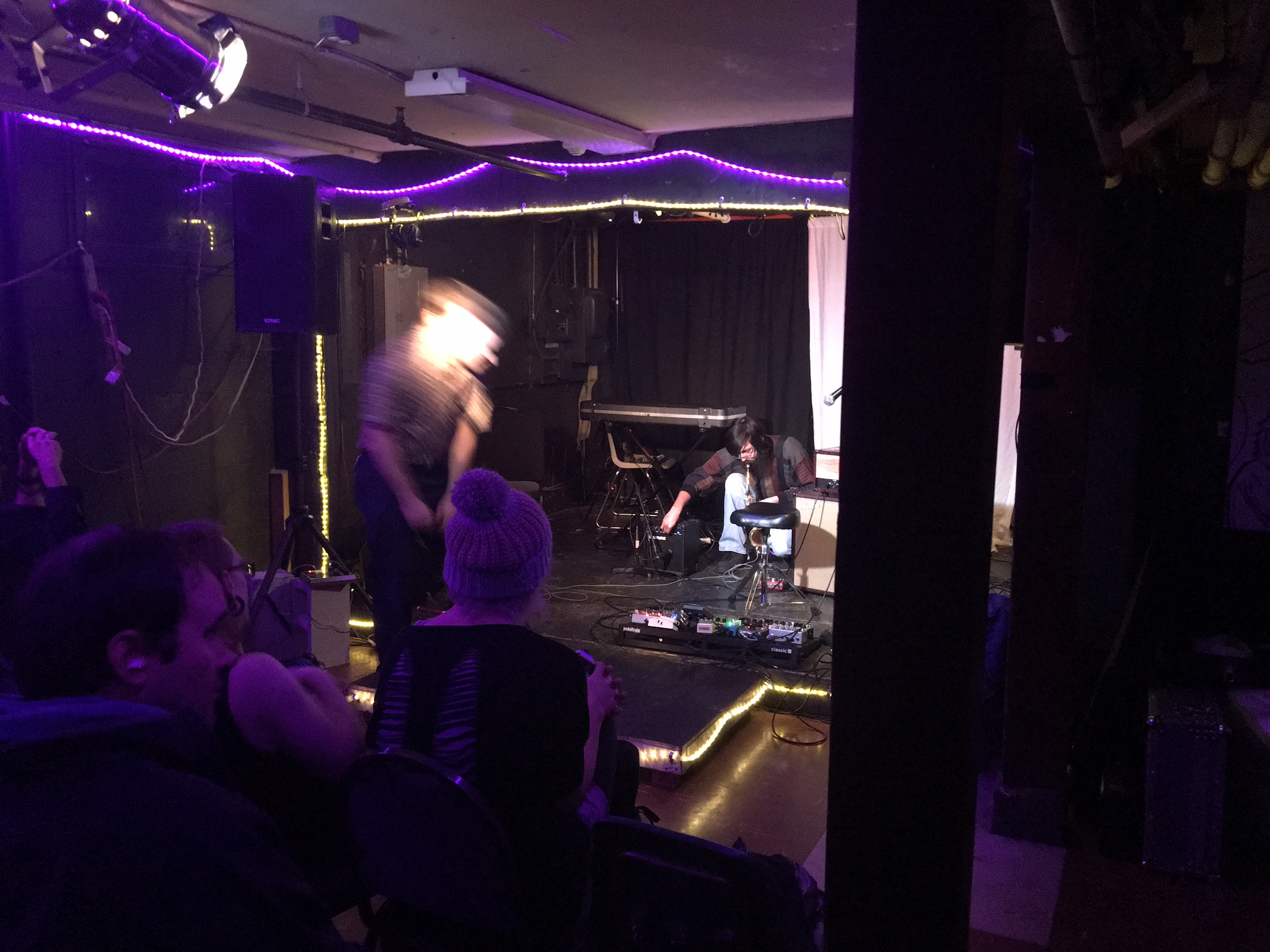 I was enraptured with the whole place, so much so that the prospect of coming back to Phoenix filled me with dread. But during my stay Ian mentioned something about Seattle that made me remember what I loved about Phoenix. A fellow writer and performer, Ian was a very busy and prolific artist in Phoenix before moving to Seattle. He said that since coming to Seattle he’s had a hard time finding spaces that are as inclusive and open to new talent as Phoenix is. Phoenix is full of open mics and variety shows where anyone has a chance to do their thing. Not the case in Seattle. 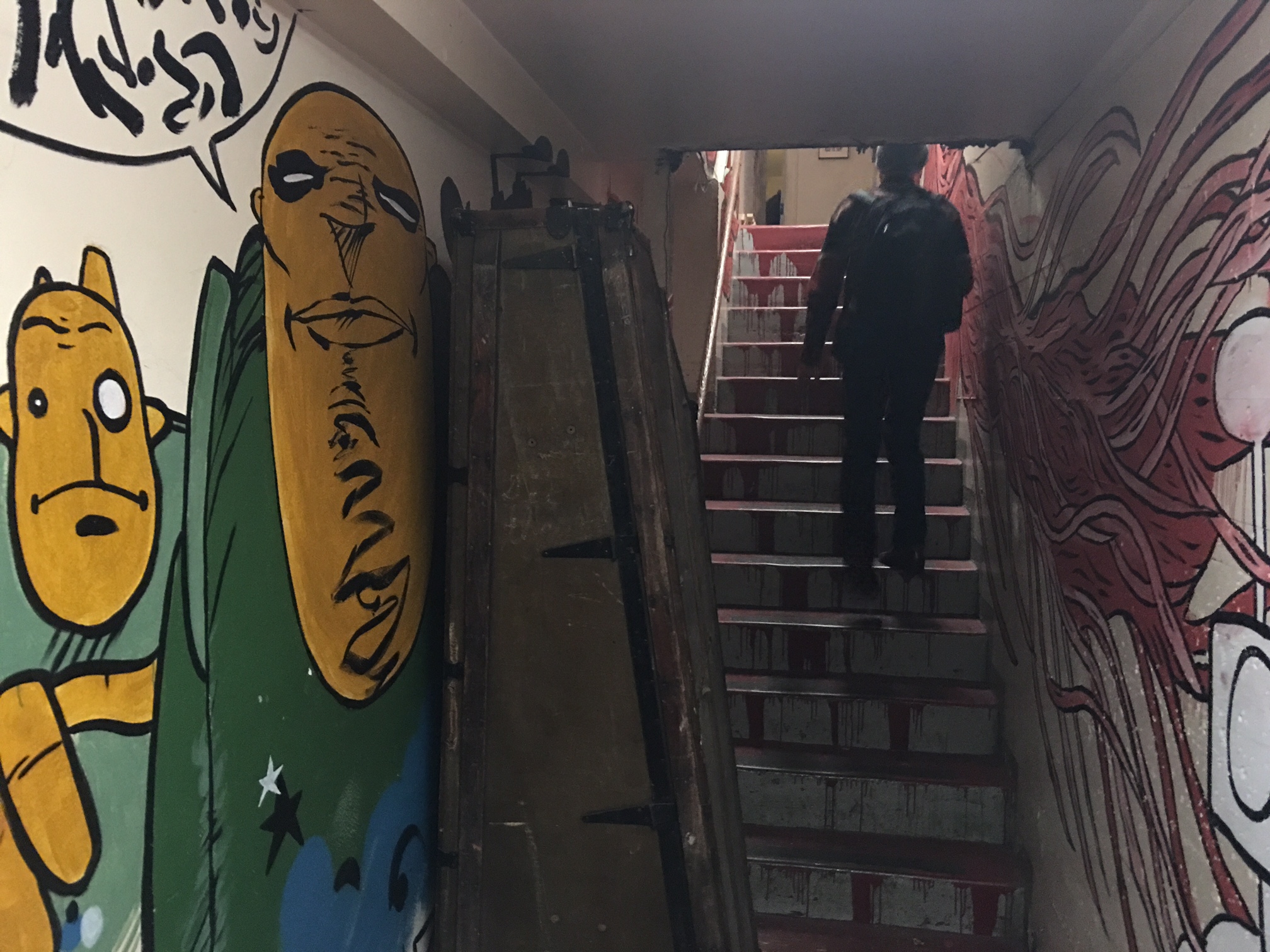 Stepping out at TheIn

It makes sense, though. According to Ian, the shows they do have in Seattle tend to pay performers. Getting paid in Phoenix is a rarity. On the upside, the lack of money on the table also makes people more open to new people and sharing the stage. When people aren’t snatching food out of your mouth by being on a bill, why not let them get some stage time? Seattle also has the burden of its history to contend with. The culture there doesn’t have their finger glued to the refresh button like we do out here. Seattle is a place where people give a shit. And it’s hard to get yourself out there in a place where people have laurels to rest on and gates to keep. 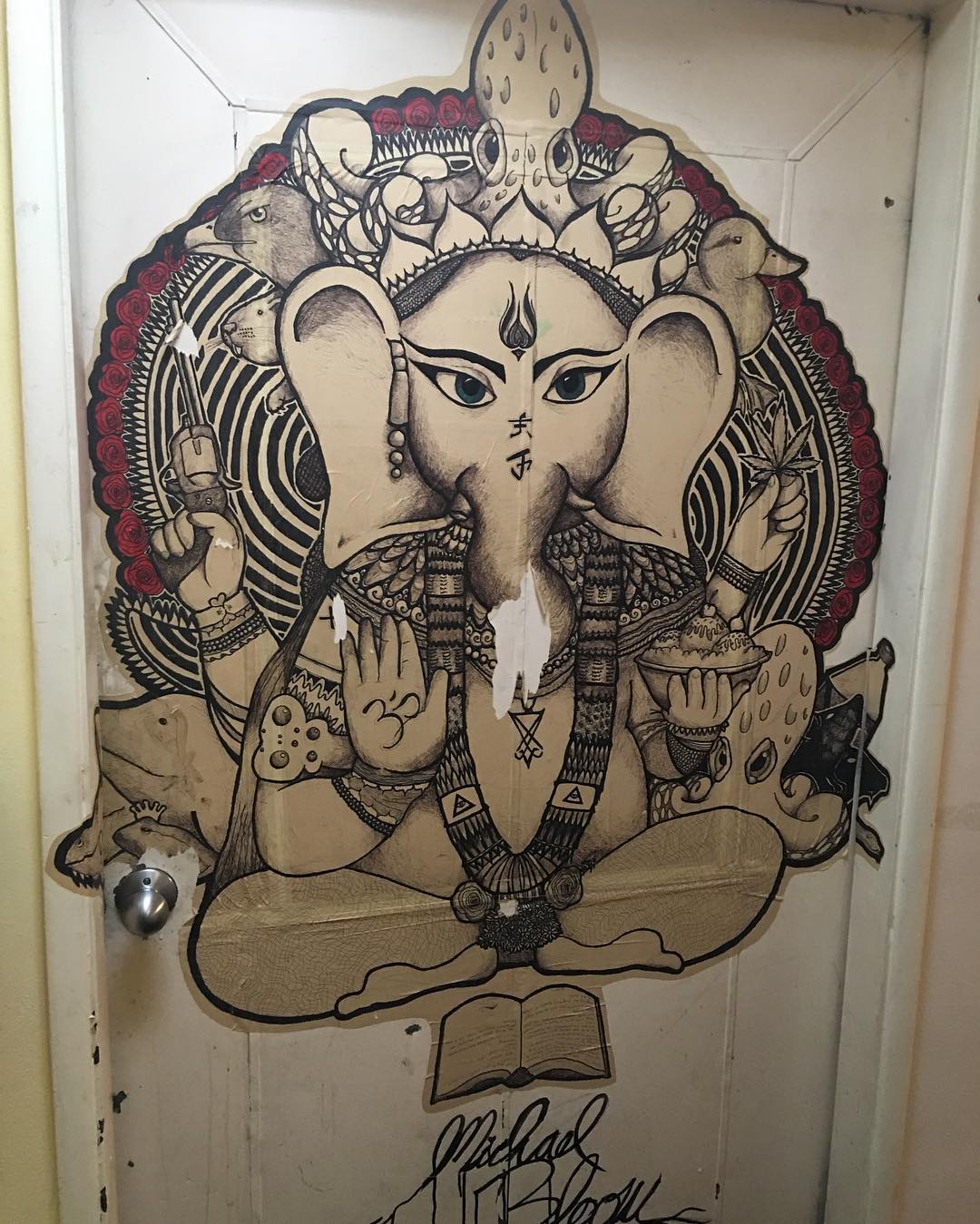 I’ve lived in Phoenix for 33 years. I don’t know how much longer I’ll live here. There may come a time when opportunity will come knocking elsewhere, or where the temptation to live in a place with some goddamn trees in it will be too strong to resist. But for now I’m here, and I’m happy to be here. Happy to live in a city that’s constantly eating itself, that remembers nothing, that keeps building up new places and bringing in new people who will keep on asking me the same question: “Who the fuck are you?” You know what’s the biggest perk of living in a city with no history, where you constantly have to keep proving yourself because nobody is keeping score? You don’t have to give them the same answer every time.

After all, nobody gives a shit.