Getting into music is an initiatory process. Nobody pops out of the womb with a built-in appreciation for Flipper or encyclopedic knowledge of the Swell Maps discography hard-wired into their brain. That knowledge has to get discovered, handed down. The reaaalllly good stuff is almost never on the radio or spotlighted in VH1 music history documentaries. That’s where peer groups and elder siblings come in: to hip you to all the freaky, strange, and wondrous sounds thriving in the margins of society.

If you’re an anti-social, awkward mess of a human being like yours truly, learning about the good stuff can be a bitch. Luckily, there’s a surefire way to self-initiate: books. Almost everything I know about music came from reading every single music guide, history book, and bio I could get my hands on when I was a kid. I was cramming books like “Lipstick Traces” and “The Sex Revolts” into my brain at a tender age when I should have been devoting all my mental faculties towards convincing girls to let me cop a feel beneath the bleachers.

One book that left a deep impression was Roni Sarig’s “Secret History of Rock: The Most Influential Bands You’ve Never Heard.” A slim black volume, it’s the kind of book that’s easy to pass over when you’re scanning a bookshelf. But it’s packed with deep cuts. Sarig wrote about bands that were so obscure they didn’t even get a mention in other “secret history of rock” books I had read. Bands like Silver Apples.

The duo were almost the Platonic Ideal of obscuro music acts. Simeon, with his hippie mystic vocals. The music, a blending of Dan Taylor’s insistent drumming and Simeon’s homemade synth music. It was music that sounded simultaneously futuristic and rinky-dink, queasy yet meditative, blissful and menacing. They made the kind of records that were destined to fall between the cracks of the mainstream musical canon – it was hard to imagine that anyone had an older brother or sister hip enough to drop The Garden or Silver Apples on the youngest of the family’s lap. 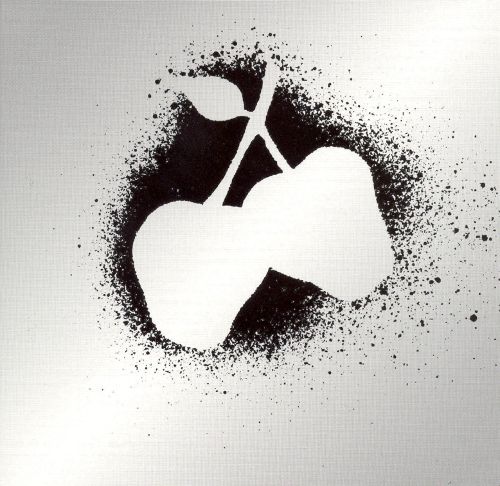 Listening to Songs and Intermissions, the latest LP by “no-wave, junk-kraut, post-punk” purveyors Soft Shoulder, I couldn’t help but wonder if they had little brothers or sisters. One could only imagine the avalanche of amazing records they’d be passing down to them. And odds are good Silver Apples would be in that stack.

Silver Apples make an appearance early on on “Tabouli Outlet”, the record’s most pop moment. It kicks off with propulsive drumming and clanging guitars. The song builds off of a Silver Apples recording Simeone made in 1998 while also adding synths to a 1968 percussion session (presumably from The Garden’s “Tabouli Noodle”). It’s a thrilling collaboration between the two groups. Layering vocals, guitars, and buzzing noises over Taylor’s steady tribal drumming and Simeon’s synths, the track spirals out of control by the halfway point, descending into a sharp noisy freakout. Combining two different periods of another band’s work together with their own contributions, Soft Shoulder produce an exquisite corpse of a song that is unlike anything I’ve heard this year.

Songs and Intermissions collects tracks that Soft Shoulder (headed by Gilgongo Records owner James Fella) put together between 2009-2015. It’s an album that sounds surprisingly cohesive, as though it was all recorded in one go.

While the insectile droning and fervent drumming on “Tabouli Outlet” is an early standout, the rest of the LP holds up as a blast of chaotic, gleefully unhinged music. With its slow, pulsing bass line and junkyard guitars, “Set It Down” wouldn’t sound out of a place on a Birthday Party album. It’s a song that practically oozes with ill intent. “We Demand: Answers!” shines a spotlight on Fella’s sax playing as it sputters and wheezes and howls over strumming guitars and vocals that sounded like they were recorded in whatever phone booth Mark E. Smith slurred the vox to “Bombast” in.

It’s only fitting that an album that sounds like it probably used a vacuum as an actual instrument would have a song called “Vacuum” on it. It’s an album that sounds like it’s always on the verge of falling apart. The recordings sound warped and unstable, like the tracks themselves are decaying in real time as you listen to them. Entropy probably deserves a production credit on this thing.

If groups like Silver Apples fell through the cracks in our cultural history, Soft Shoulder sound like they were born at the bottom of those cracks. Songs and Intermissions is the sound of them crawling out into the light of day to make a glorious racket. 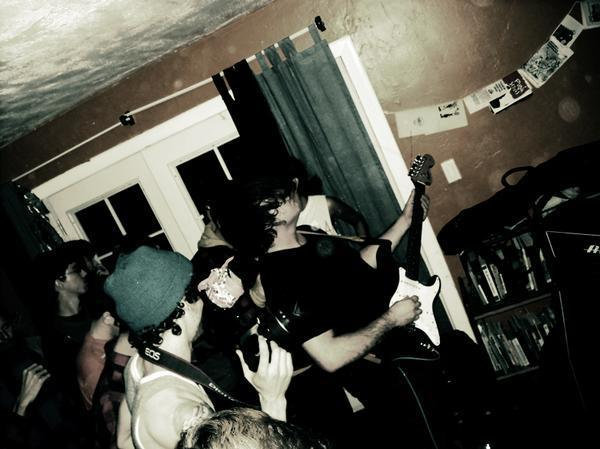