If Punk Is Dead, “Please Kill Me” Shows Us Where The Bodies Are Buried

RONNIE CUTRONE: I loved Jim Morrison dearly, but Jim was not fun to go out with. I hung out with him every night for just about a year, and Jim would go out, lean up against the bar, order eight screwdrivers, put down six Tuinals on the bar, drink two or three screwdrivers, take two Tuinals, then he’d have to pee, but he couldn’t leave the other five screwdrivers, so he’d take his dick out and pee, and some girl would come up and blow his dick, and then he’d finish the other five screwdrivers and then he’d finish up the other four Tuinals, and then he’d pee in his pants, and then Eric Emerson and I would take him home. That was a typical night out with him. But when he was on acid, then Jim was really fun and great. But most of the time he was just a lush pill head.

RAY MANZAREK: Jim was a shaman.

“All musicians are assholes.” It’s a wary mantra that Danny Fields repeats over and over again in “Please Kill Me”, Legs McNeil & Gillian McCain’s hilarious, profane, and sobering oral history of the New York scene. It’s a warning that gets confirmed time and time again throughout the book’s sprawling narrative. Poets, filmmakers, musicians, drug dealers, groupies, managers, and journalists, all united by some shared degree of assholery.

First published in 1996, “Please Kill Me” kicked off a cottage industry of music oral histories. McCain and McNeil weren’t the first writers to play with the form: Studs Terkel fashioned an entire body of work from writing oral histories, and both “Please Kill Me” authors cite Jean Stein & George Plimpton’s oral history of Edie Sedgwick & the Warhol Factory as a major influence on their book. Since the release of “Please Kill Me”, oral histories devoted to L.A. punk, San Francisco, D.C., grunge, MTV, metal, and many other cities & scenes have cropped up. While many of them are worthwhile reads (particularly the L.A. book, “We Got The Neutron Bomb,” and the superb oral history on MTV’s founding decade), none of them quite equal the power of “Please Kill Me.” 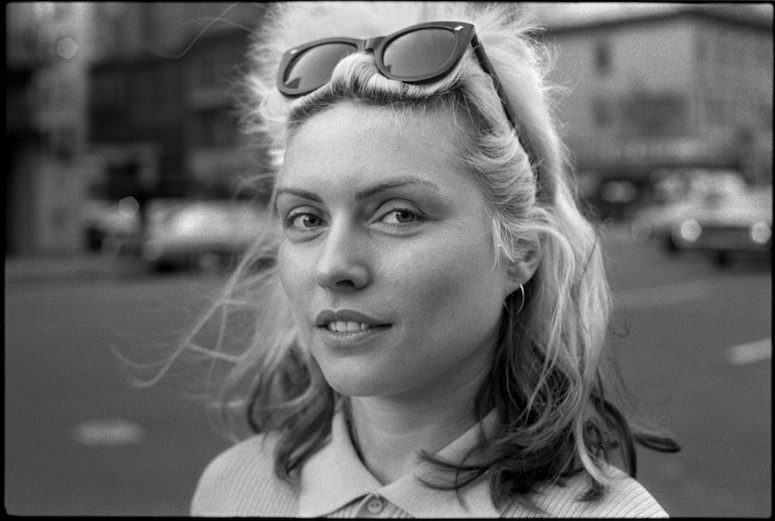 A part of that is due to the book’s skill at creating & deflating rock & roll myths in the blink of an eye. Consider the earlier Cutrone/Manzarek passage: this is a neat trick the book pulls time and time again. Anytime the book seems to tip towards hagiography, they quote someone who expertly lances the inflated reputations and egos of the book’s subjects. We get to see renowned figures, artists whose lives and works have been shrouded in accolades and hyperboles, for who they were at the time: venal, ladder-climbing, degenerate dirtbags. Dirtbags who created albums and fashions and works of art that will endure long after we’re all dust, but dirtbags nevertheless.

The book’s scope is fairly wide: starting off with the Velvets and the Warhol scene, it moves off to Ann Arbor & Detroit to give us a look at the birth of The Stooges and the MC5, before moving on for a closer look at the nascent New York scene. Instead of just focusing on the music scene, it gives us a taste of the other things that were percolating in the city at the time, like the St. Mark’s poetry project and Charles Ludham’s Ridiculous Theatre. The authors do a great job at showing how these other subcultures inspired and fueled the punk movement (like how Ludham’s glitter-covered, avant-garde theatre shows inspired David Johansen & The New York Dolls, or how Patti Smith’s work with the poetry scene and playwright Sam Shepard pushed her into pursuing music).

The book is jammed with hundreds of hilarious and tragic anecdotes. Iggy Pop, in particular, gets referenced in one incredible story after another. Whether it’s him insisting on refilling the water in Todd Rundgren’s waterbed out of guilt for sleeping with Bebe Buell (Rundgren’s girlfriend at the time) on it, or a sobbing Iggy getting a comforting hug from Wayne Kramer’s drug muscle after the MC5 musician-turned-dealer tricks him into coughing up $200, “Please Kill Me” paints an unnerving portrait of Pop as an overgrown child, a drug-crazed Tazmanian Devil that people couldn’t help but love, even as he stole from them or threw up all over their stages. 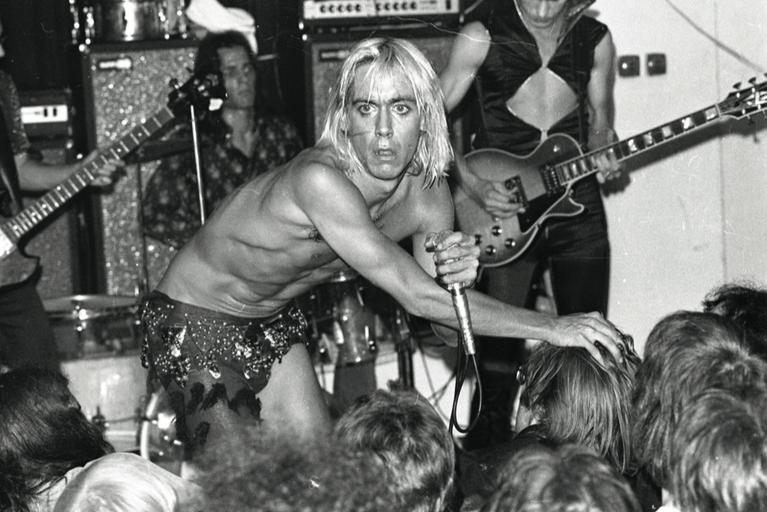 In addition to talking to pretty much every musician on the scene at that time (with a few glaring omissions, like Suicide and Talking Heads), the book also talks to the drug dealers, managers, journalists, filmmakers, friends, and groupies that revolved around the NYC punk scene. The wide variety of perspectives creates a well-rounded look at the subculture and helps keep the self-mythologizing of the subjects in check.

The last half of the book is a punch to the stomach, as the narrative lurches from funny (and occasionally hair-raising) drug stories and madcap sex romps to being a roll call of death. It’s Jim Carroll’s “People Who Died” in literary form: Heartbreakers and New York Dolls and Dead Boys begin dropping like flies. It never feels exploitative: we can see the grief and heartache of people responding to and coming to grips with those deaths. But it can get a little suffocating after awhile, which makes the book’s final passage (about drummer Jerry Nolan reminiscing about watching Elvis on TV) a much-needed ray of light to chase all that darkness away.

The thing that really struck me, as I reread the book (partially to see what changed: the reissued book has some extra sections in it, greatly expanding the Stooges section with James Williamson interviews), is the brutal honesty of it. In interviews, McNeil has said that he thinks the only reason why people were so forthcoming when he and McCain interviewed them is because nobody thought the book would ever get published. It shows in the final product: folks confess to a litany of sins, screw-ups, and outright crimes that it would be hard imagining anyone copping to today.

I can’t imagine what the reception to “Please Kill Me” would be if it were released in 2017. Tumblr and the social justice call-out brigade would have a field day with the stories about Ron Asheton’s SS memorabilia collection, or The Stooges’ admitting to fucking underage girls. On the (hopefully not for a long time) day Iggy Pop dies, you just know that people will be furiously flipping through this book to find pearl-clutching material for their “Hey, Iggy was kinda an asshole” post-mortem hot takes.

The book is also fascinating as a snapshot of pre-AIDS America. It’s description of the hedonistic gay nightlife in NYC and the love lives of the groupies and the musicians these fishnetted lionesses hunted after like they were leather pants-wearing gazelles sounds like it’s taking place in an alternative universe where VD and consequences didn’t exist. It does a pretty great job at making modern hookup culture and swipe left dating look incredibly boring in comparison. 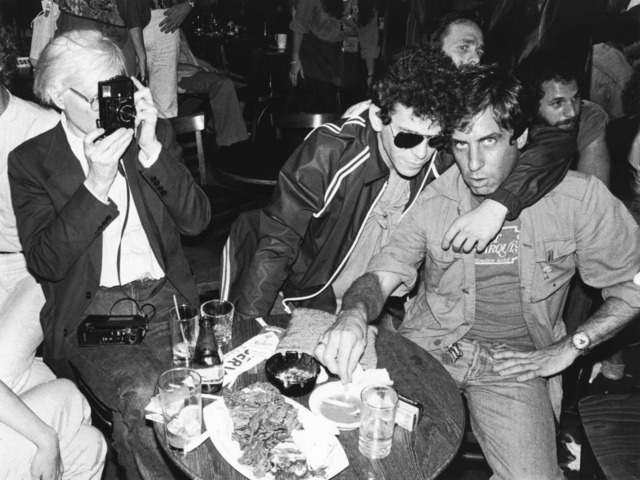 There are some areas where I wished the book would have gone into more details. While we get a lot of information about the personal lives and scene drama in NYC punk, there isn’t a lot of info about the music itself. This is an area where “We Got The Neutron Bomb” excelled – its stories about X and The Gun Club in the studio are some of the most riveting and fascinating anecdotes in that book. “Please Kill Me” doesn’t venture too deeply into the discography of its subjects. If you want to read about the making of “Horses”, “Blank Generation”, or “Marquee Moon”, you’ll have to look elsewhere. But ultimately, that’s not a bad thing: if talking about the records in great detail would have derailed the book’s sense of mood and momentum, I’m glad they didn’t go down that route.

“Please Kill Me” is a fascinating look at a period of music history that’s been getting some hardcore rosy glass treatment lately (case in point: that dreadful “CBGB’s” movie and the “Vinyl” TV show). It preserves for all time the dirt and grime that’s long since been scrubbed out of the Lower East Side. I felt like I needed to take a shower every time I finished reading it, and that’s good — some of the best things in life can only be appreciated after you get dirty.