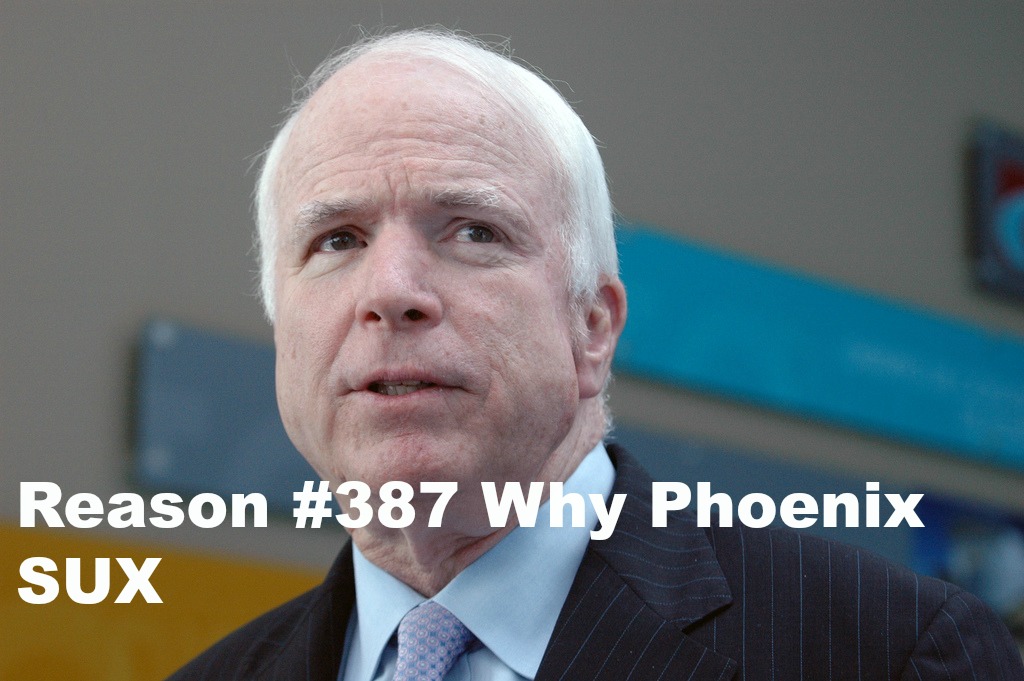 Senate republicans released their version of the repeal of the Affordable Care Act (ACA) last Thursday to a uneasy majority in both the public and the Senate itself.

The 142 page bill, which is a shy 2,158 thousand page difference from the original ACA, plans to repeal the individual and employer mandates that ACA implemented to buy insurance. The gut punch this bill gives Arizona is its limitations on Medicaid. Starting in 2021, the Senate bill will begin to phase out the expansion of Medicaid which has garnered the growth of 400,000 people in Arizona alone.

Both Republican senators of Arizona, John McCain and Jeff Flake, have stated their concerns over the bill since it was released. AZCentral reports that senator McCain issued this statement in regards to the severity of the vote due to his state’s status as a Medicaid-expansion state:

“I want to hear from the governor, the legislators and the health care providers through the state of Arizona before I come down with a final decision.”

Gov. Ducey supported the repeal bill in a letter that he sent McCain on Thursday.

However, the Arizona Senator feeling the most pressure for his vote is Senator Flake. With his term up for reelection in 2018, Senator Flake is up for a major battle for his seat depending on which way his vote goes. Flake’s also gotten some heat in the media after getting verbally eviscerated at a contentious town hall meeting earlier this year.

The biggest fight in Arizona, though, isn’t happening behind closed doors in the halls of power. It’s happening with the citizens, the people whose lives are on the line if this bill is passed into law this Thursday.

No matter which way our senators vote, one thing is clear: they won’t have to worry about what happens to THEIR Medicaid.

EDITOR’S NOTE: If you’re looking to give Senator Flake a piece of your mind, give his office a call at 602-840-1891. There’s still a day to make a difference.

Bray Lawrence is a writer, actor, and director born and raised in Phoenix. He currently studies creative writing at ASU and occasionally performs at Lawn Gnome. You can see more of his tired musings on culture at @Bray_Lawrence.