The music video for “Indica Feels” opens on grainy avatars of the band, Paper Foxes, assembling while performing martial arts or yoga or possibly just dancing. Their auras throb outward. Though the band members are in black-and-white, the external manifestations of their inner beings are anything but. Last but not least, rising from the bottom center of the screen, a six-armed Christopher James Jacobson emerges. Although his arms and posture echo the Indian mother goddess of destruction and creation Kali, Christopher’s eyes move in a curious, almost perplexed manner. If he is Kali, it’s a decidedly more bemused destroyer of worlds than one usually imagines.

And then the catchy riff at the heart of the song kicks in. The band is transported into a surrealist landscape of ever-shifting fractals and inkblots. One moment they jam out in front of candy-caned minarets and mushrooms while the stars move by ultra-quick, as if God had hit fast-forward on the VCR generating the collective illusion known to us as reality. In another scene, they take the lyric “we dance the night away” to heart, and through the fusillade of multi-colored polygons, they proceed thusly. If not the entire night, at least the full three minutes and twenty-six seconds of the music video. 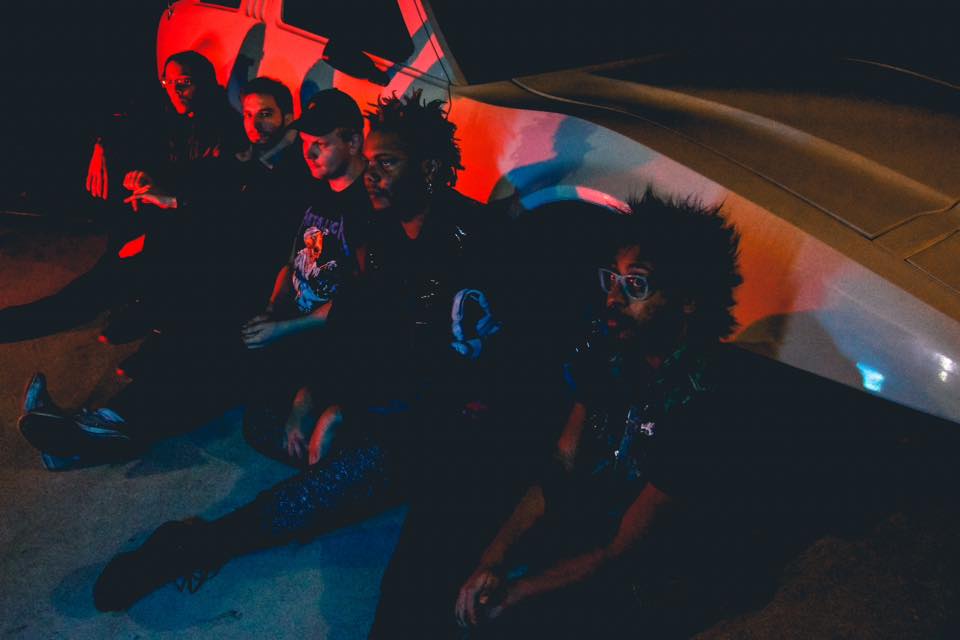 Image of the band Paper Foxes

“There’s nothing inside,” Christopher repeats twice before pivoting to “let’s go for a ride.” There is something wistful in the lyrics. It seems like ninety percent of art is about break ups or fucked up parents. “Indica Feels” is no exception, being of the former variety. As Christopher, Paper Foxes’s singer-songwriter, and I sat down for a cup of coffee and a bowl, he explained to me the song’s genesis: “I’d been seeing this girl for almost three years. I got home from this long family trip in Cali and I had no idea what I was walking into. I picked her up and there was a weird vibe. Instantly, we came into this strange discussion and by the time we had driven home, we had officially broken up. For some reason we didn’t leave that night. We went out on like a date.”

The song feels both nihilistic and soulful. The earnest confusion of the lyrics is complimented by the hard driving, synthetic brassy sound of the music. The editing and effects were the brainchild of the band’s keyboardist Patro Gaston. The band collectively dosed themselves with LCD for the brainstorming, and, I was assured, some of their dancing was performed while in the throws of a hallucinogen-inspired reverie. If you’ve ever felt the unique bitter sweetness of the last night of a doomed relationship, this song should speak to you. If every break up you’ve ever had has been a smooth and adult affair, first, go fuck yourself, and second, tune in to Paper Foxes “Indica Feels” anyways and just “dance the night away.”

Jeff Kronenfeld is gainfully employed by the Poisoned Pen. He has stories featured in The Sharpened Quill, a recent collection of short stories by Phoenix-based authors. To order, click here. Feel free to send all hate mail and love letters to him at [email protected] and he’ll definitely write you back. Or not.