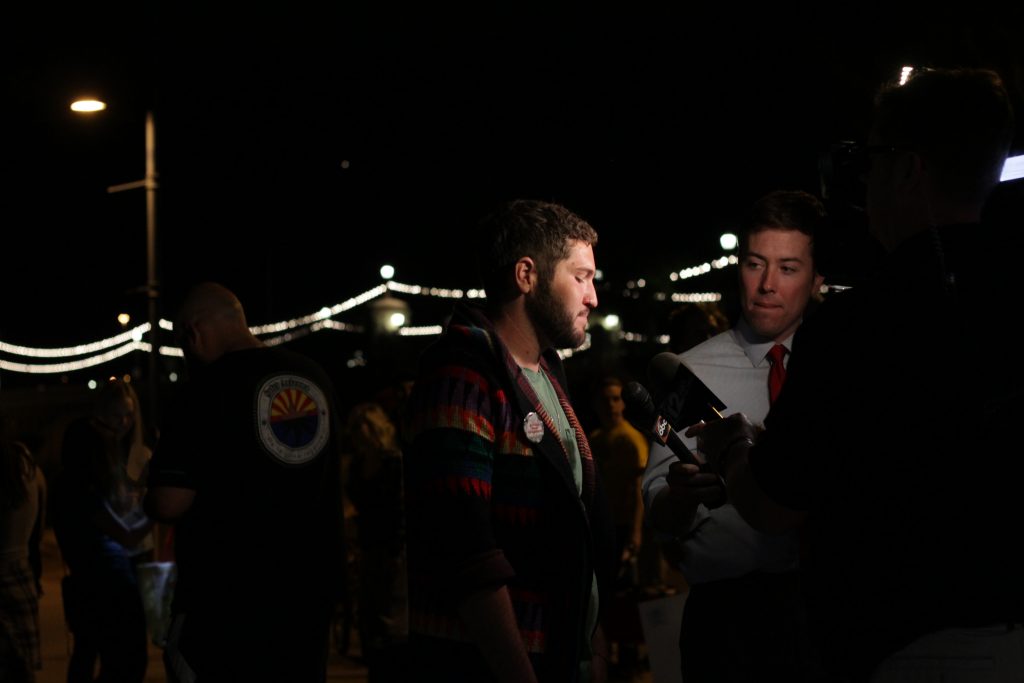 Maybe you’ve heard about this bullshit ordinance Tempe passed that makes it illegal to sit on the sidewalk downtown. Anyone caught doing so will be slapped with a $100 fine. This is a bill that is quite clearly targeted toward homeless people, because, well, no one else sits on the sidewalk really. Naturally, some folks were pissed about this new rule, especially since a similar rule was passed in 2014, but then repealed.

Those folks staged a protest on Friday, walked around Mill Ave for a few laps and then settled in front of a bank for several hours in defiance. During the whole ordeal, nothing but abuse was shouted by the drunk motherfuckers on Mill. We heard things like “Get a job!”, “How high are you?”, and, of course, “Faggots!” The protestors ignored this for the most part, shouting “Homelessness is not a crime!” and “Whose streets? Our streets!” over and over.

One woman got in the face of a recreational marijuana ballot canvaser because I guess weed is bad or something. Another person got into a heated argument with an organizer over illegal immigration. Most of the people on Mill didn’t give a shit. They were too drunk or focused on themselves. Even the cops were minding their own business (for once.)

There were way too many shirtless dudes. People were getting in and out of cabs and Ubers all around us, all of them shouting for no particular reason while music that was (probably) used to torture people in Abu Ghraib rattled the sidewalks. It smelled like Axe and puke and wet moss—Mill Ave is very moist. A guy jaywalking knocked down a dude on a bike, then when I asked if he was OK tried to fight me. There was the usual crowd of Fire & Brimstone Scream Preachers and in front of them, a trio of young girls were screeching at each other about some guy.

“He was drunk and he doesn’t even remember it!” One girl screamed.

The other girl retorted: “Just like your dad doesn’t remember you!”

Mill Avenue is hell. And that experience pretty much sums it up. Anyway, here’s a bunch of photos. 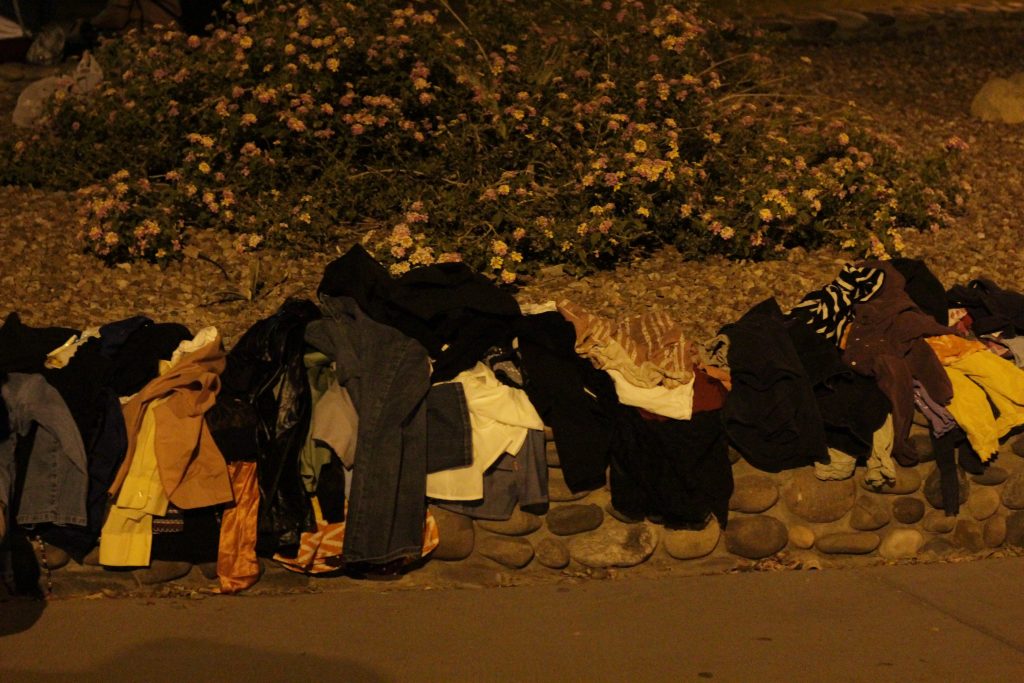 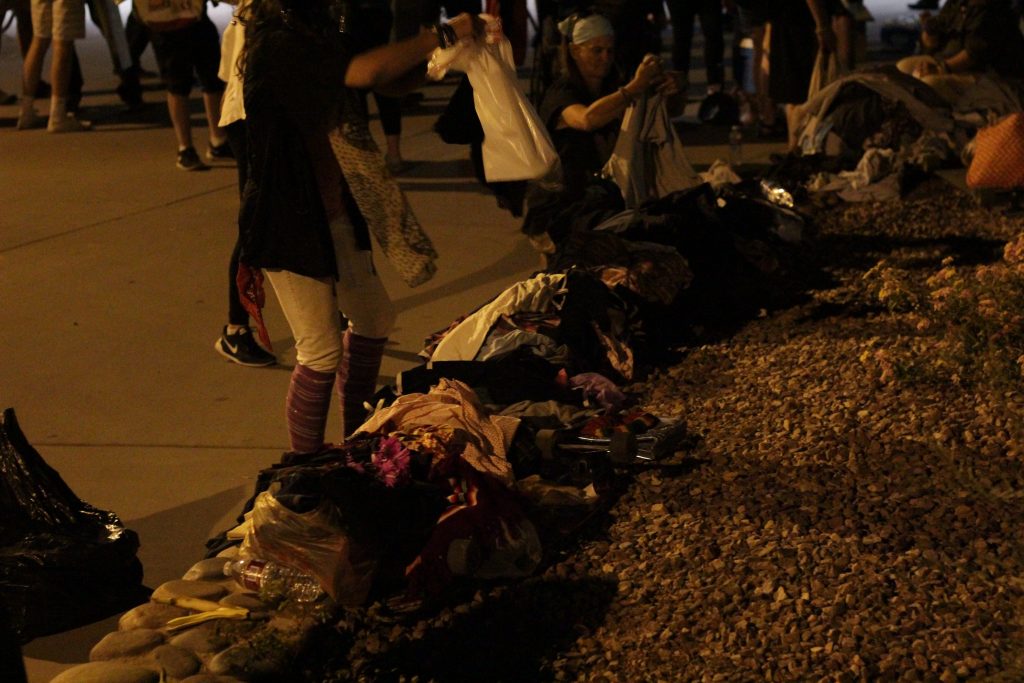 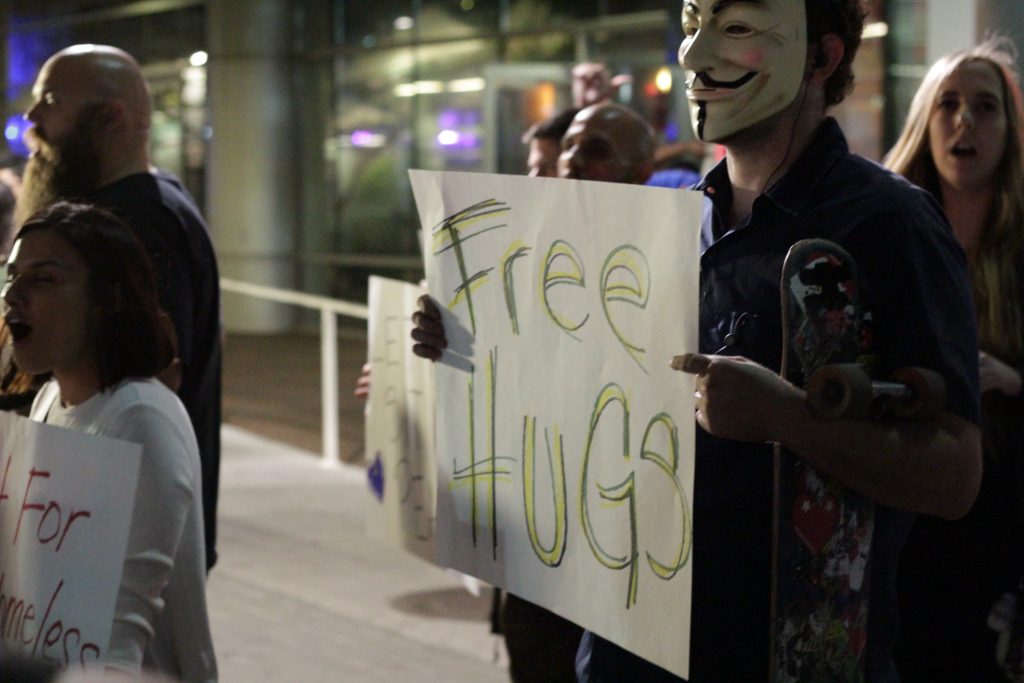 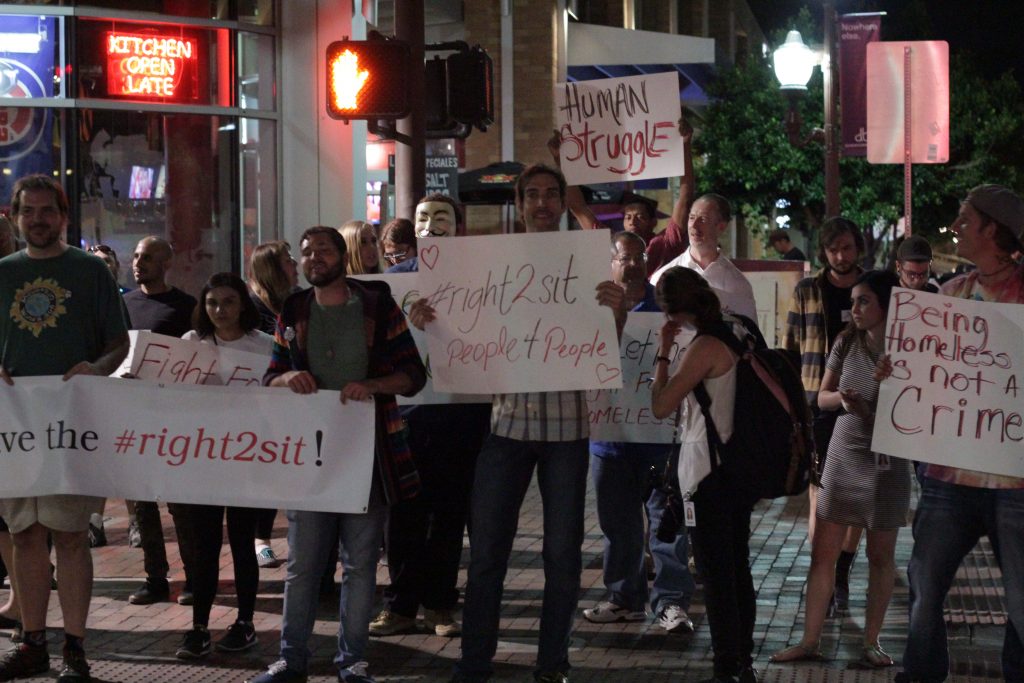 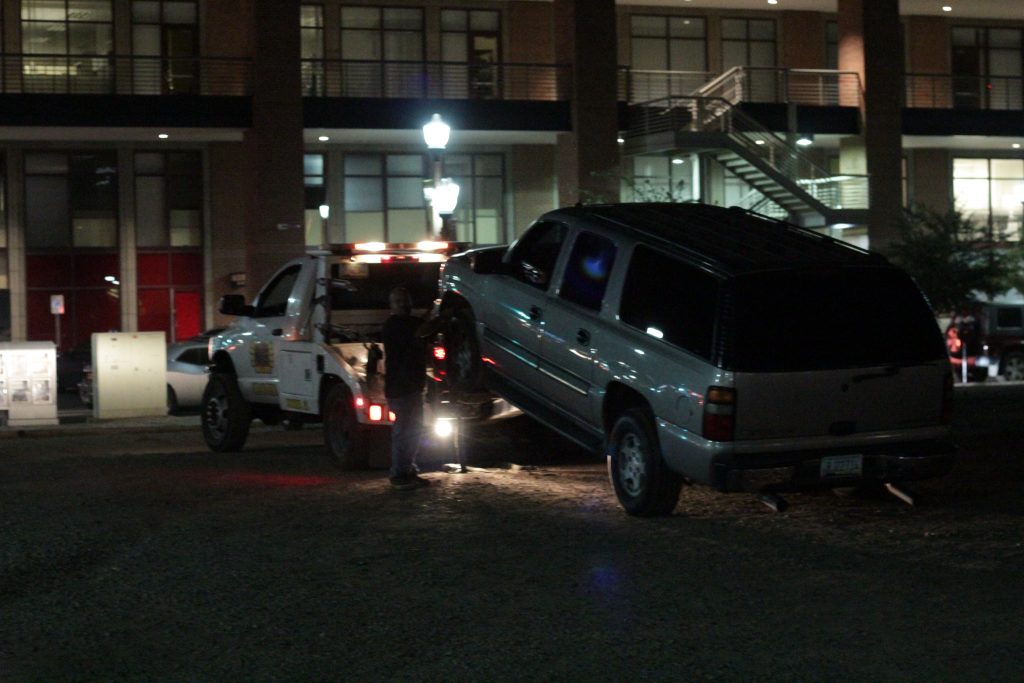 Someone got their car towed. 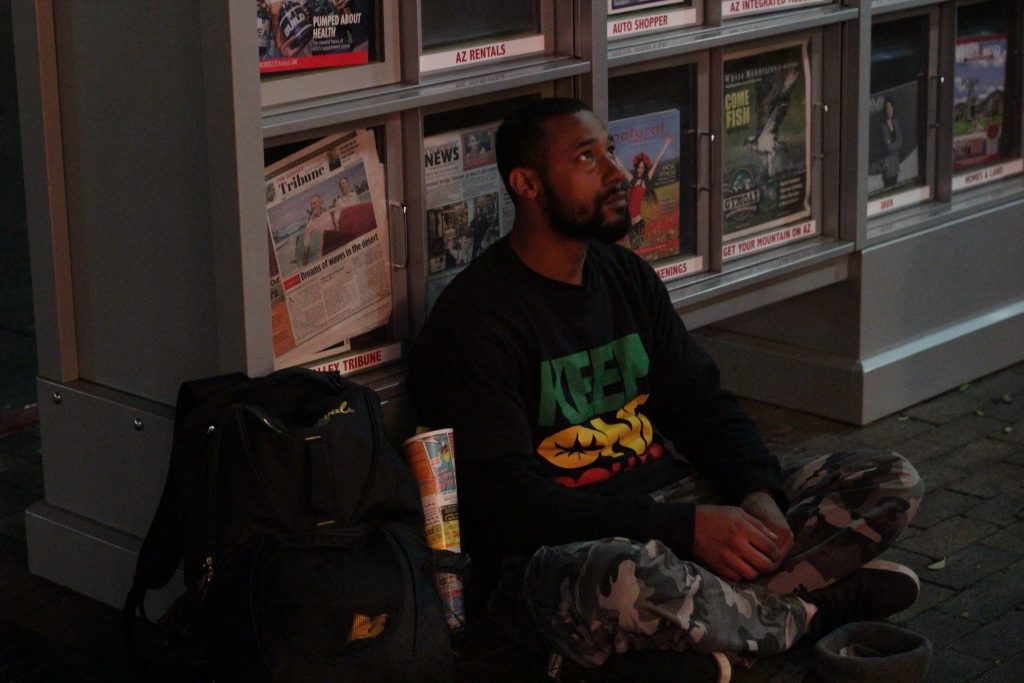 Folks sitting on the sidewalk. Oh no! This dude kept screaming to ‘get a job’ and I almost forgot I have one. 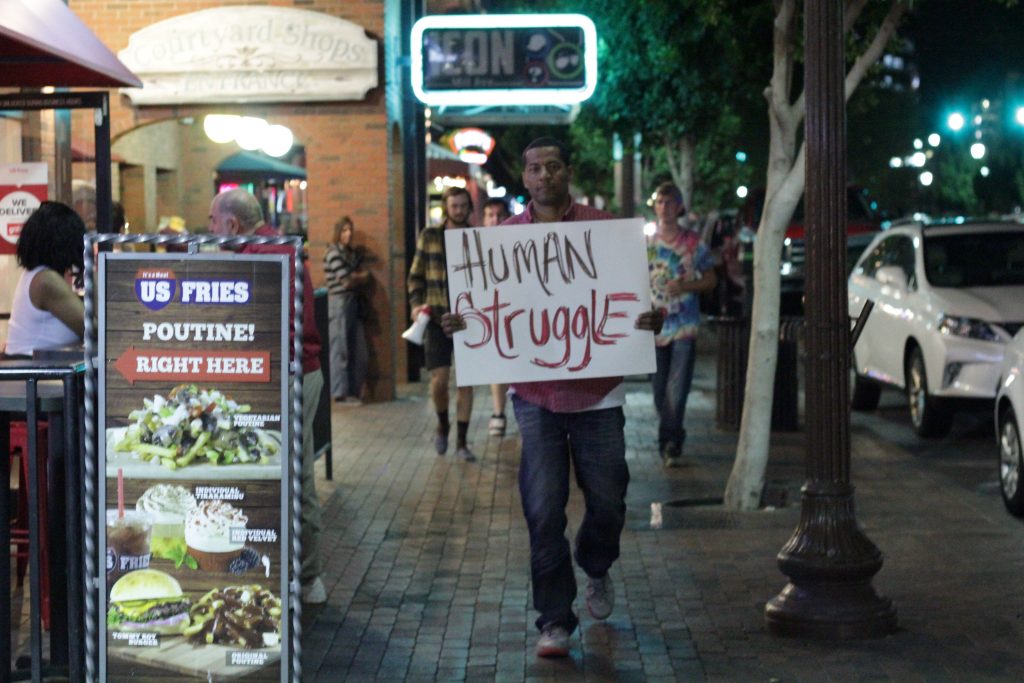 Some creative signs from folks on Mill. Picking out a vegan burrito from Food Not Bombs. Tags: drunk idiots, homelessness is not a crime, mill ave is hell on earth, phx sux, phx suxh, phxsux, sitting on the sidewalk is illegal in tempe, stupid laws, tempe is dumb
Previous postScenes from the Naked Pizza Reunion Show Next postMrs. Magician Bewitches Their Way into the Valley