Television Tuned Into Tucson For A Must-See Performance

Until this night, I never would have imagined Van McCoy as a harbinger of doom. Yet here I am in the Tucson Premium Outlets off of Twin Peaks Road, trying to find a public restroom, and McCoy’s “The Hustle” plays through the empty mall’s PA. It’s close to 7pm and I’m the only customer walking through the brightly lit mall. Being the only soul drifting through a mall is eerie as hell. In any other situation, the insistent flutes on ‘The Hustle” would be cheery and fun; Here it sounds like the beckoning call of some evil pied piper. I expect to be jumped by a gang of rabid mall kids at any second. Their bloodlust stoked by “The Hustle” flutes, these Children of the Mall would eviscerate me, dipping their jelly bracelets in my blood as I dragged myself across the courtyard to finally die beneath the neon glow of the Tilly’s sign. Perhaps I would mumble “I remembbbbber/how the darkness doubled” before fading away, leaving the murderous mall kids to wonder what the hell the “old dude” was talking about as they skip off to score some pumpkin spice lattes. 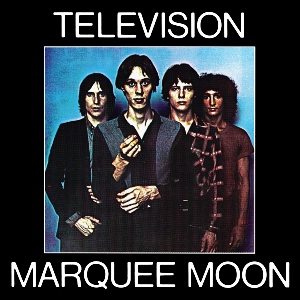 “Would you like to sign up for a membership?,” a lady cheerfully asks me as I walk into the Rialto to see Television. When I decline by telling her I’m from Phoenix, she laughs pleasantly and says that 80% of the audience tonight is from Phoenix. I can believe it: I could have made a drinking game out of taking a shot every time I spotted a familiar Phoenix musician or record store clerk in the crowd, but I didn’t feel like dying of catastrophic liver failure. I stood close to the front of the stage as the room started to fill up. Heavy curtains were hanging onstage, lit with red lights. They looked like Twin Peaks curtains: Paint the floor with black & white chevrons and stick a statue in the corner of the stage and the Rialto stage would have been a dead ringer for The Black Lodge. 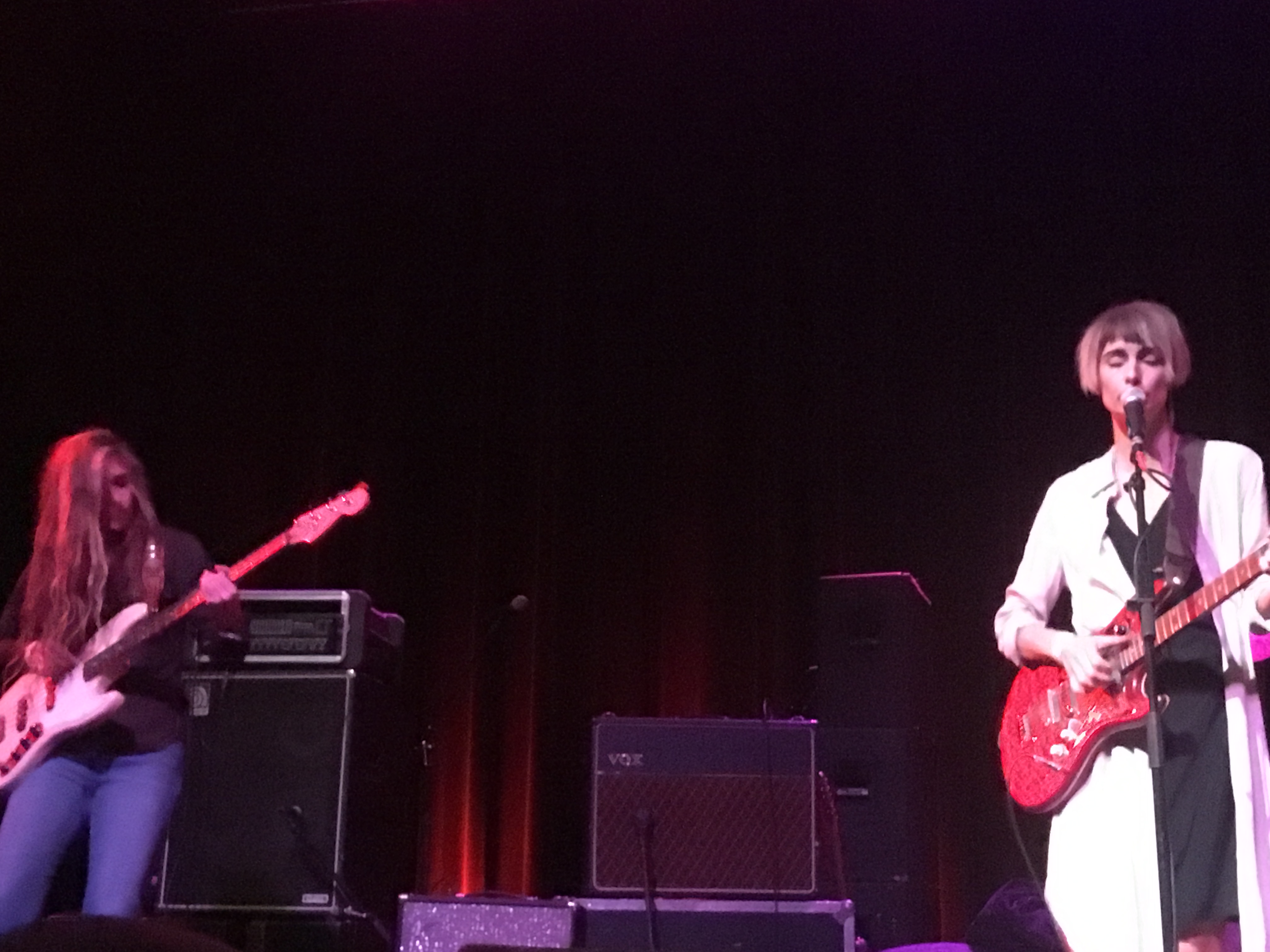 Opening the show was Brittany Katter, performing as Katterwaul. She did her first tune solo, playing an electric guitar as she sang a plaintive cover of “Girls Just Wanna Have Fun”. She had a huge voice with just a hint of twang in it, sounding almost Neko Case-ish at times. After finishing the first song, a bassist joined her and they played the rest of the set as a two-piece. Katter’s voice and guitar were loud and clear in the mix, but I had trouble picking up on the bass. At one point the bass was so quiet that it was completely drowned out by the sound of a guy next to me crushing his Goose Island IPA can in his meaty hand. 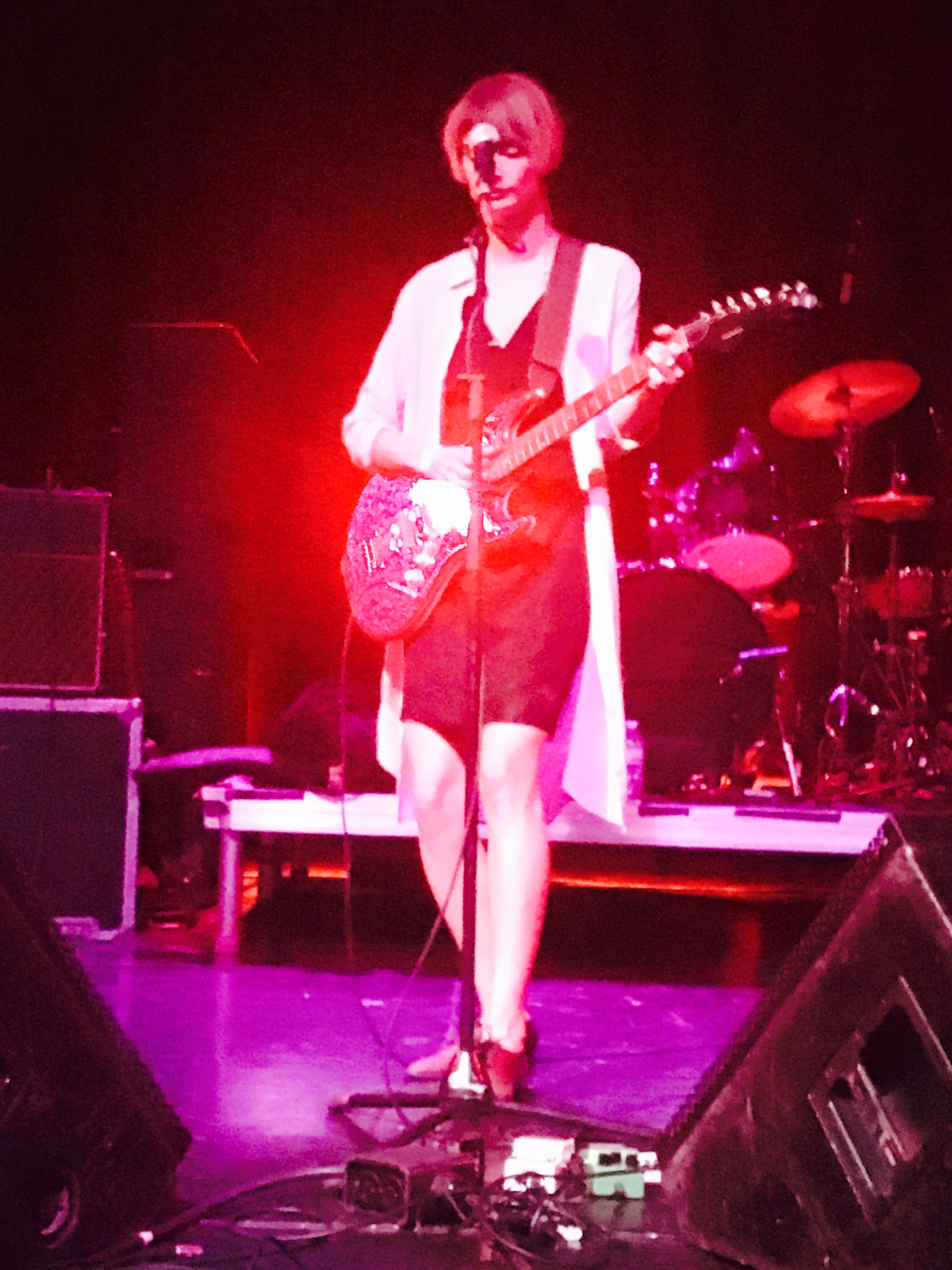 Katterwaul were good sports about ignoring the wall of audience chatter looming over their set. The songs sounded nice and Katter’s voice was powerful, but none of the tunes earwigged their way into my brain. At times they almost sounded incomplete, like the band needed just 1-2 more instruments onstage to put some flesh on the bones of these songs. But I enjoyed myself nevertheless, swaying in place like a snake in a trance. I like to think of it as my “Axl Rose in quicksand” dance: Everything moves but the feet.

Waiting for Television to take the stage, I felt a little anxious. I always feel a bit anxious about seeing “legacy” acts. Will they live up to their legend? Or will they phone it in? My last experience seeing a beloved older group didn’t pan out so well, so I tried to keep my expectations low. I needn’t have worried: Television crushed my low expectations beneath a avalanche of extraordinary guitar sounds.

The four-piece took to the stage not as conquering heroes or as rock stars clocking in for a paycheck, but as four old timers showing up to do what they were born to do. It was an almost complete original lineup: Tom Verlaine (vox/guitars), Billy Ficca (drums), and Fred Smith (bass). The only non-original member was Jimmy Rip, taking over the second guitarist spot that Richard Lloyd used to fill. I will confess: When I first heard that Lloyd wasn’t a part of this lineup, I was concerned. The heart of Television’s sound is their intertwining, fluid guitars. Would Television even BE Television without Lloyd, the Ginger to Verlaine’s Fred, the Laurel to his Hardy? 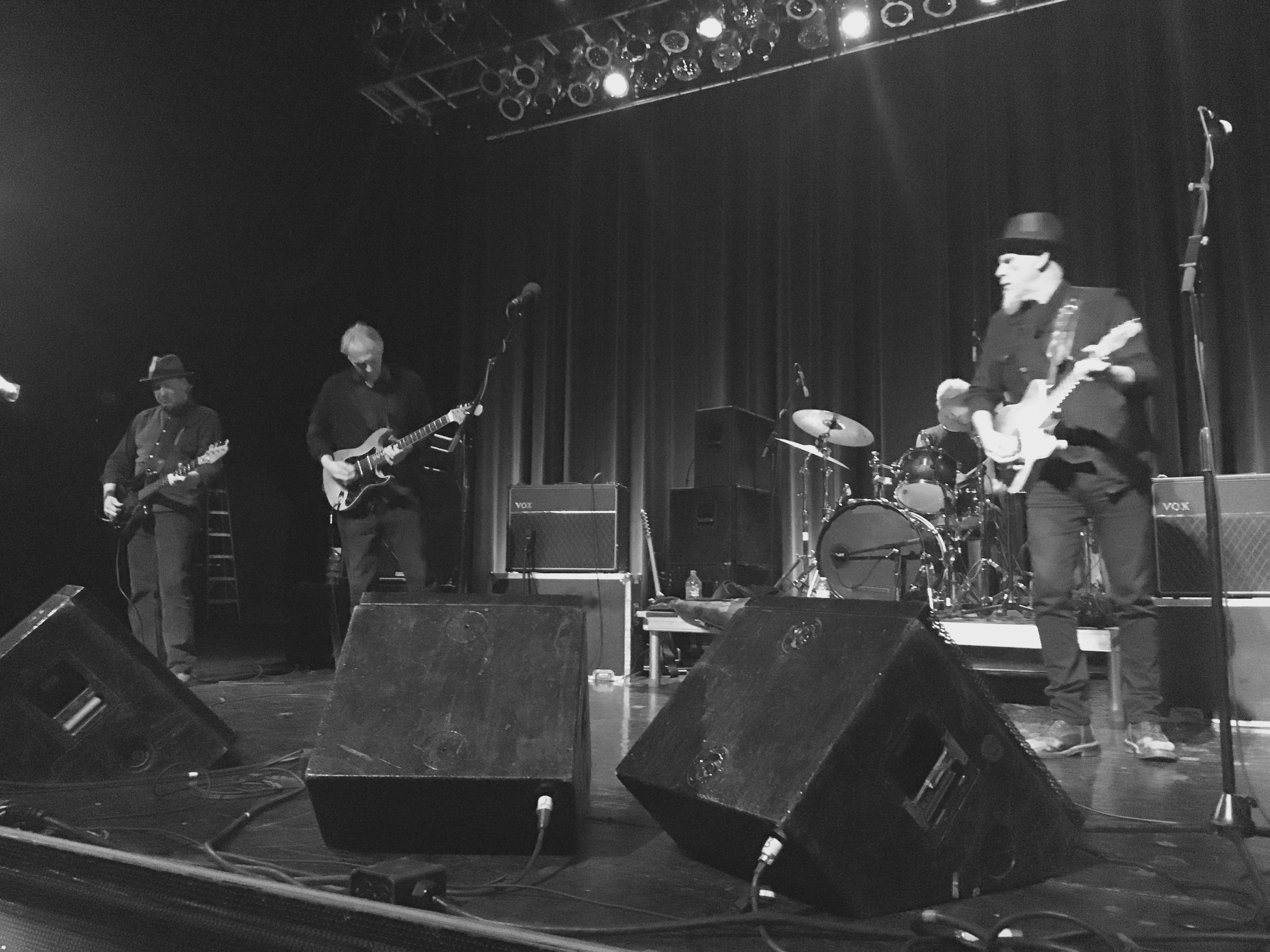 The answer is a resounding YES. Rip played Lloyd’s parts to perfection. Together Verlaine and Rip’s guitars weaved and bobbed around each like a pair of dueling snakes. Sometimes it would almost seem like their guitars were talking to each other, as they played short barbed bursts at each other that sounded like alien Morse code transmissions. Listening to their records, I had always assumed that Verlaine played lead and Lloyd was the rhythm player, but their live performance showed the truth of it: There wasn’t a set lead or rhythm guitarist in Television. The two guitarists traded off on rhythm and lead parts throughout the night, with Rip playing some of the flashier bits while Verlaine took off on the band’s more meditative, intricate passages.

And while it’s easy to focus on the guitars, I’d be remiss not to point out the greatness of Television’s rhythm section. Ficca and Smith were the evening’s backbone, keeping things taut and precise with their forceful playing. The band sounded almost note perfect from their records. The only real noticeable difference was that Verlaine’s voice in person is a lot quieter than the “kicked in the throat” yelp he has on record. 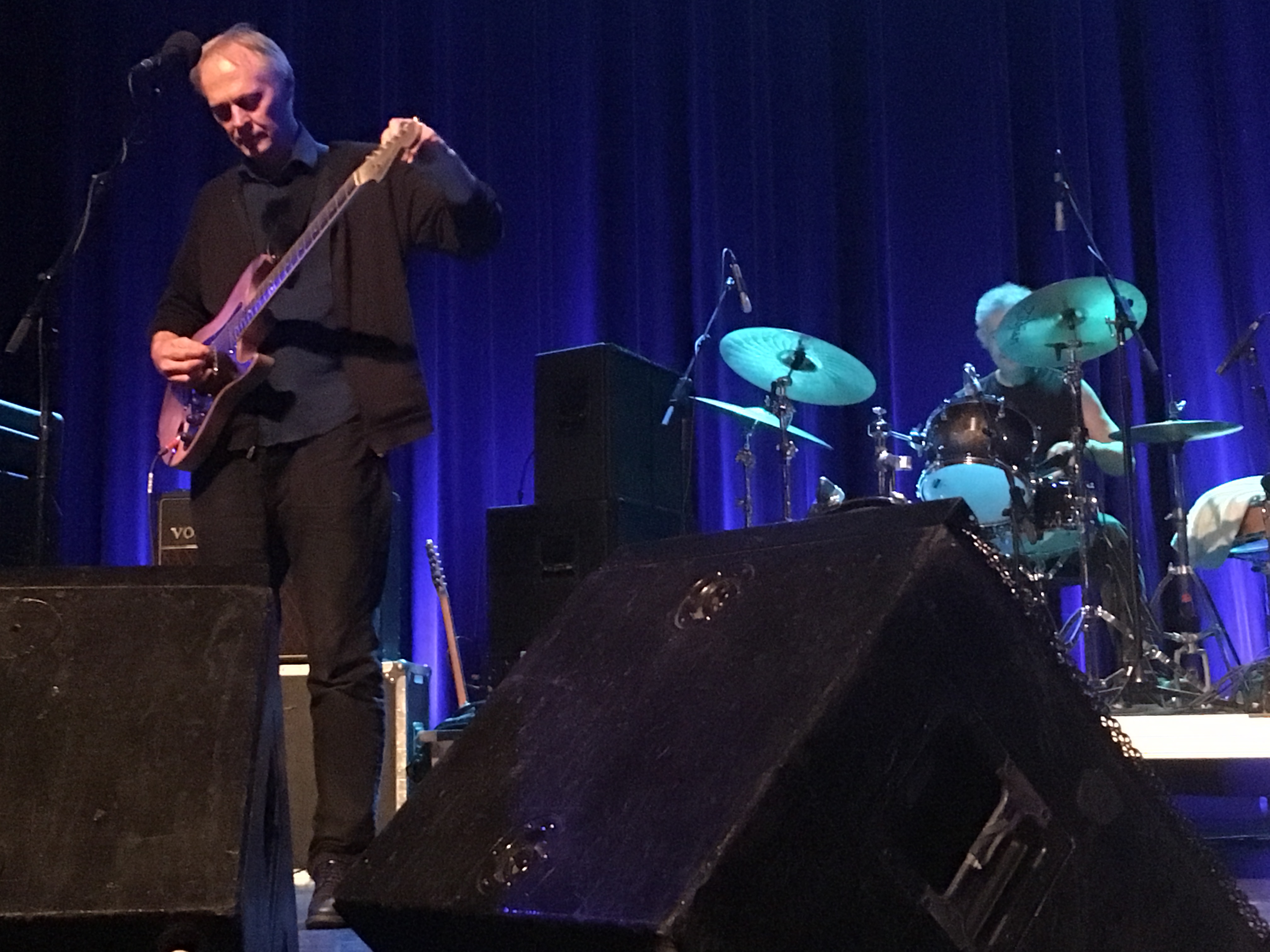 They played most of the cuts off of “Marquee Moon” (with the exception of “See No Evil”), along with older cuts like “I’ll Find You” and “Little Johnny Jewel”. Verlaine cracked a rare smile as the audience shout-sang the chorus to “Prove It” back at him. At one point Rip started playing “Venus”; when the rest of the band didn’t join in, it became hilariously obvious that he was playing it too way to early on in the set. For a band that’s been around as long as they have, it was heartening to see them still goof up and be fallible. They didn’t even have roadies tune their instruments before they came on: They did it themselves as they took the stage!

If there was one downside to the night, it was the audience. I’ve never been in a crowd more hell-bent on shouting idiotic song requests at a band all night long. One guy kept asking the band to tell them when they were going to release their new album. Another guy kept shouting “WHATEVER HAPPENED TO ROSIE!” over and over again. I mentally prayed that that man would be afflicted with a condition that would make his pee burn hotter than the fires of whatever hell Jerry Falwell is currently burning in. For a moment, I wished those murderous mall kids would crawl out of my imagination and cut a bloody swathe through the crowd, piling the dead bodies of a few dozen insufferable music nerds onto the pagan Forever 21 altars of Taylor Swift, their merciless goddess. The shouted requests became so persistent that another contingent of audience members (bless their hearts) tried shutting them down by telling the band to play whatever the hell they wanted. 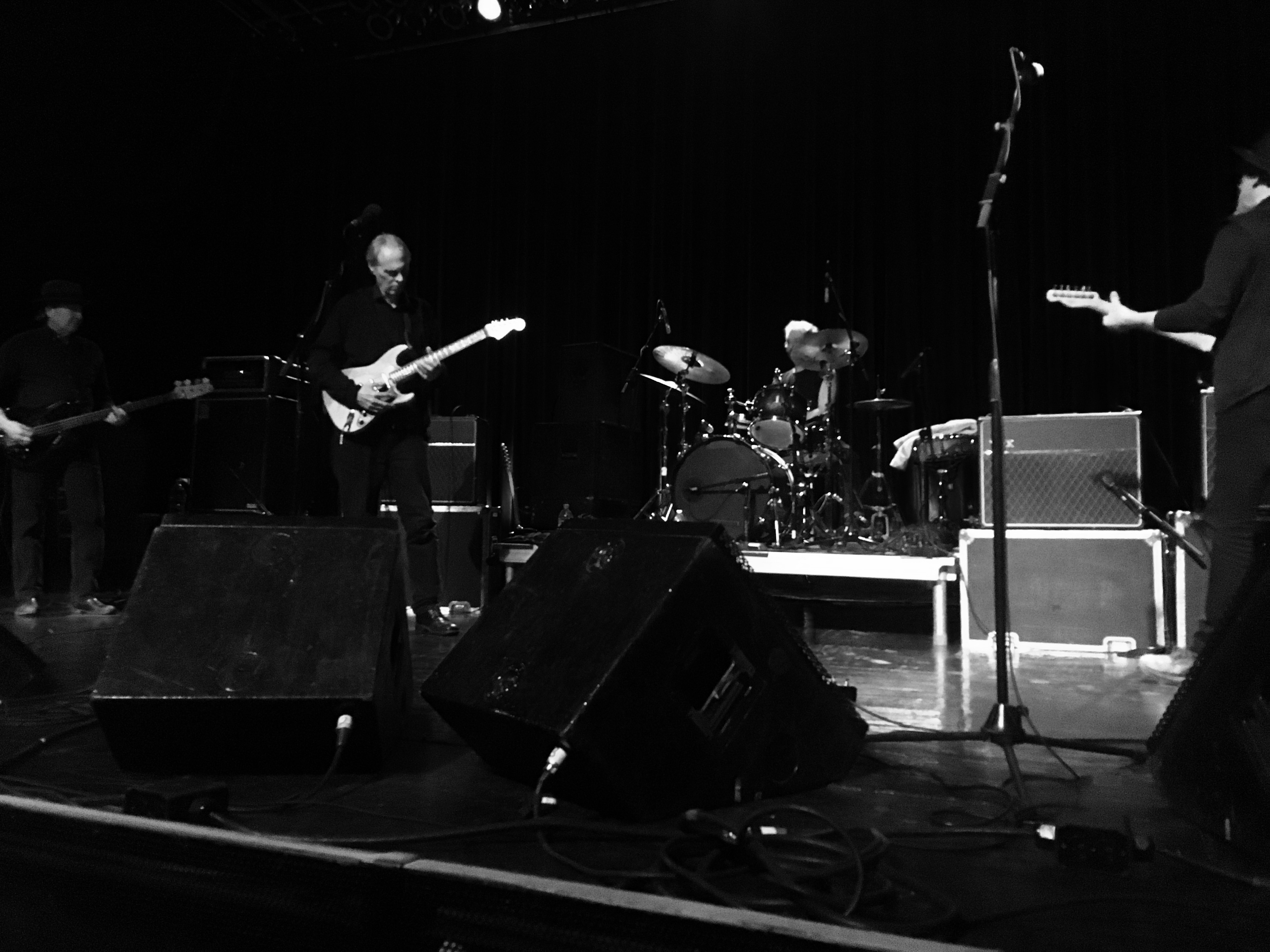 But no amount of moronic audience members could kill the rapturous vibe inside the Rialto. Television played a phenomenal set, ending it with a long and epic rendition of “Marquee Moon”. Not proud to admit it, but I did shriek like a Beatles fan in Shea Stadium when the familiar riff started up: “Marquee Moon” isn’t just my favorite Television song, it’s one of my all-time favorite songs. The guitars, with their squiggling and chiming sounds; the tense drums, propelling forwards with a lurch like a drunk speed-walking on an uneven sidewalk; the bass, insistent and steady like the blood flowing in our veins. The mystery of the lyrics: lightning striking itself, darkness doubling up, Cadillacs rolling out of graveyards. It’s the sound of a haunted city, the kind of music that SHOULD be playing in an empty well-lit mall. And then, after the guitars hit a transcendent peak and break apart into glittering notes like fireworks fading in the sky, the drums tentatively start tapping and kick back to life. The song starts over again, making the whole neon nightmare seem infinite: That graveyard Cadillac is ALWAYS going to be chasing you. As great as the guitars are in “Marquee Moon”, it’s that moment when they cut out and the rhythm section comes back to life that makes this song an epic, an underground “Stairway to Heaven” that will blow minds for generations to come. 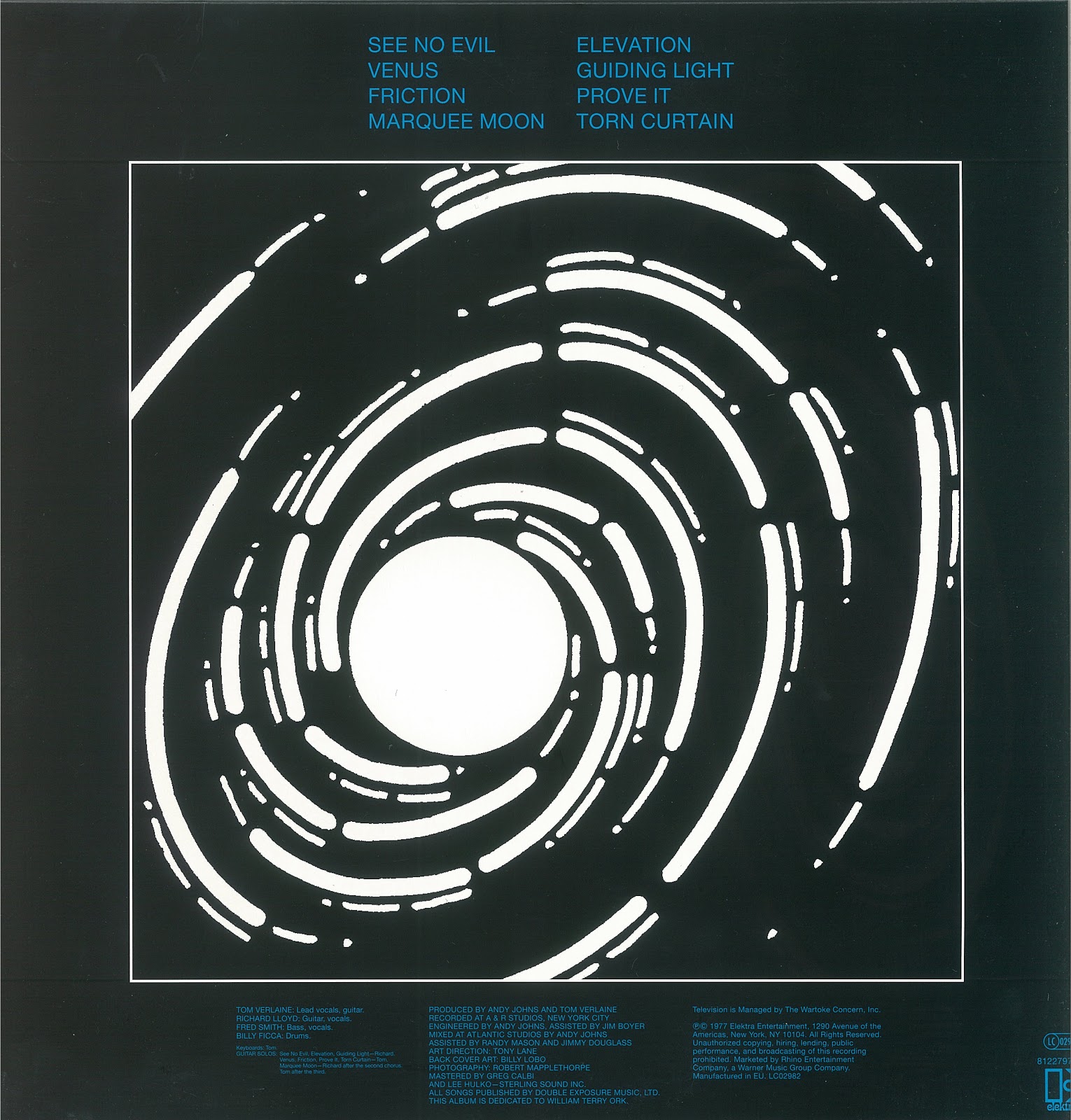 When the band played “Marquee Moon”, they didn’t do the “restart” at the end. I wasn’t disappointed, though: That kind of moment works better on record. They left the stage for barely a minute before coming back on to encore with “Friction”. The familiar tune unraveled gloriously into a guitar duel between Verlaine and Rip, the two men just riffing for the sheer hell of it. Verlaine bent the top string on his guitar so high up I was expecting it to snap at any second. Once they finished “Friction”, they politely wished the audience a good night and left. The lights came on: There would not be another encore. But after a performance like that, who needs one?