Things We Learned At Lounge And Learn 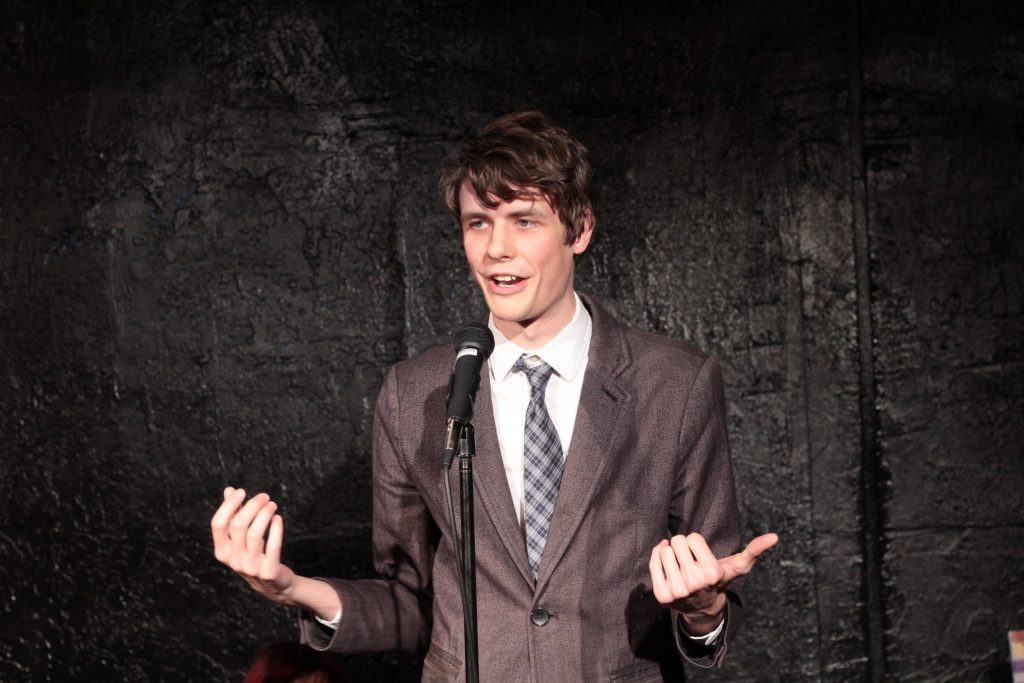 Jason Hill // All fotos by author.

PEP Rally, the local edutainment standup show, was discontinued before the third season began. If you want to know why Phoenix Educational Programming ended*, ask your local bookseller. But co-hosts Hattie Jean Hayes and Matt Storrs have already started something new: Lounge and Learn.

It’s a similar concept: funny folks teach Hayes and Storrs something weird or interesting in eight minutes. Learn and Lounge is hosted at Space 55 and the premiere event was a blast. Jason Hill taught us that free will is a lie, Rico Pagliuca briefed us on the merits of torrenting, Alley Lightfoot taught us how to make clown eyes, Raphael Smooth, er, Ashley Naftule taught us some pickup artist tricks (“Tell them they’re wearing shoes.”) and Kaila White and Meredith D Howell gave everyone a run-down on the Myers-Briggs test and even diagnosed someone on stage.

Here’s what else we learned: 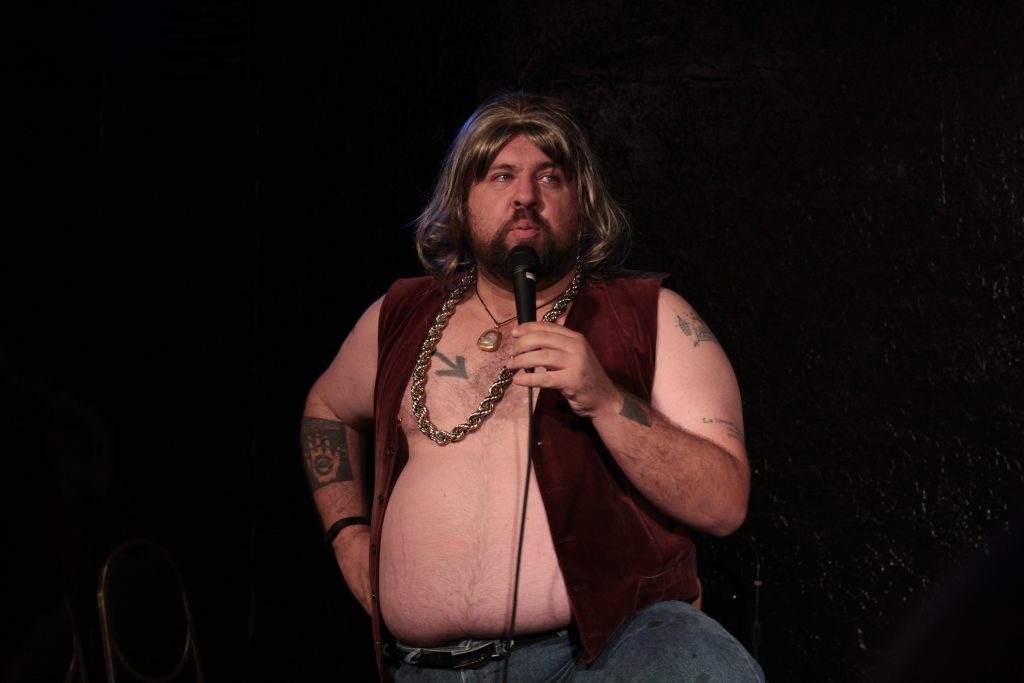 • Killing cats is legally defined as animal cruelty, not murder.

• There is a gradient of ignorance about BitTorrent. 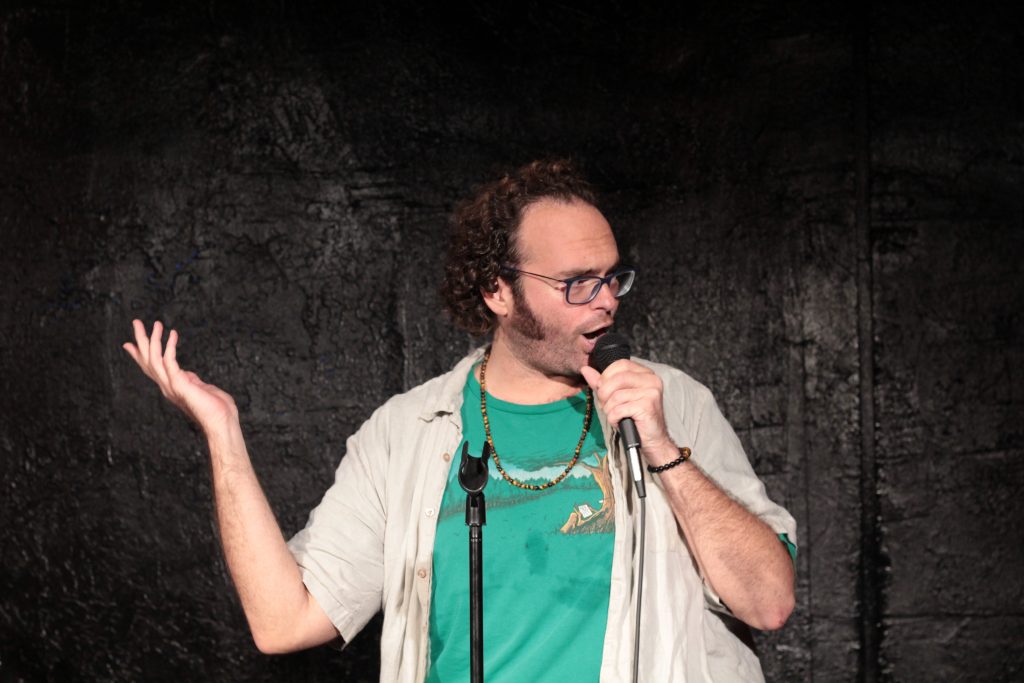 Rico Pagliuca talking about the internets. 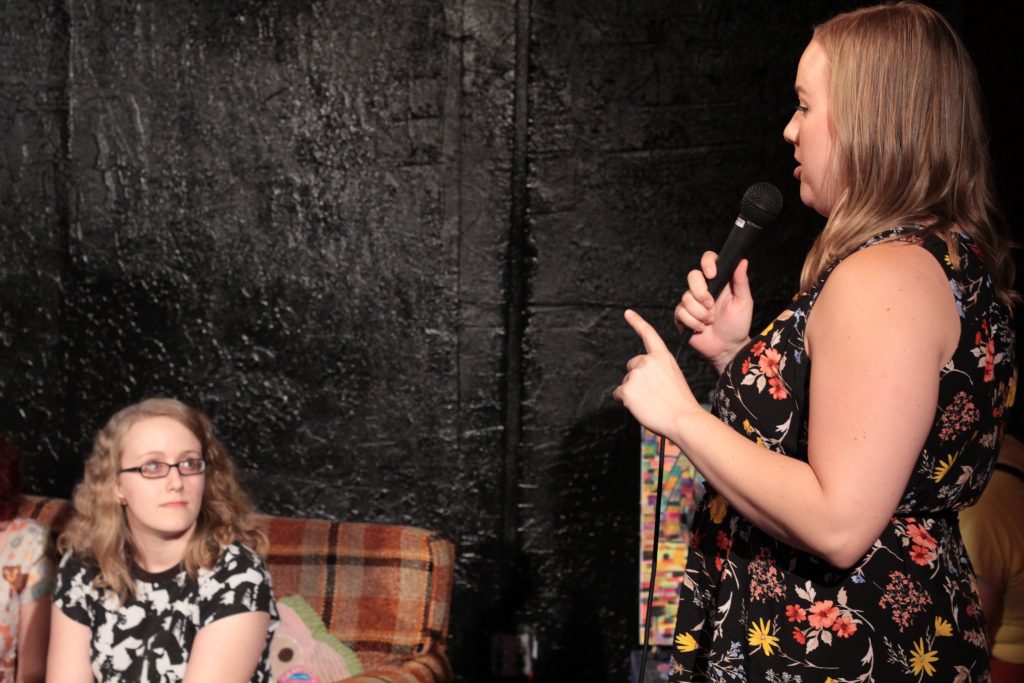 • You gotta use primer when putting on makeup or something.

• Glitter tears are when you want to show people that you’ve been weeping but also that emotions are beautiful.

• That woman who organized a Clown Lives Matter protest had to cancel the event. ‘Good,’ said Alley Lightfoot. ‘I hope she cried off all her clown makeup.’ 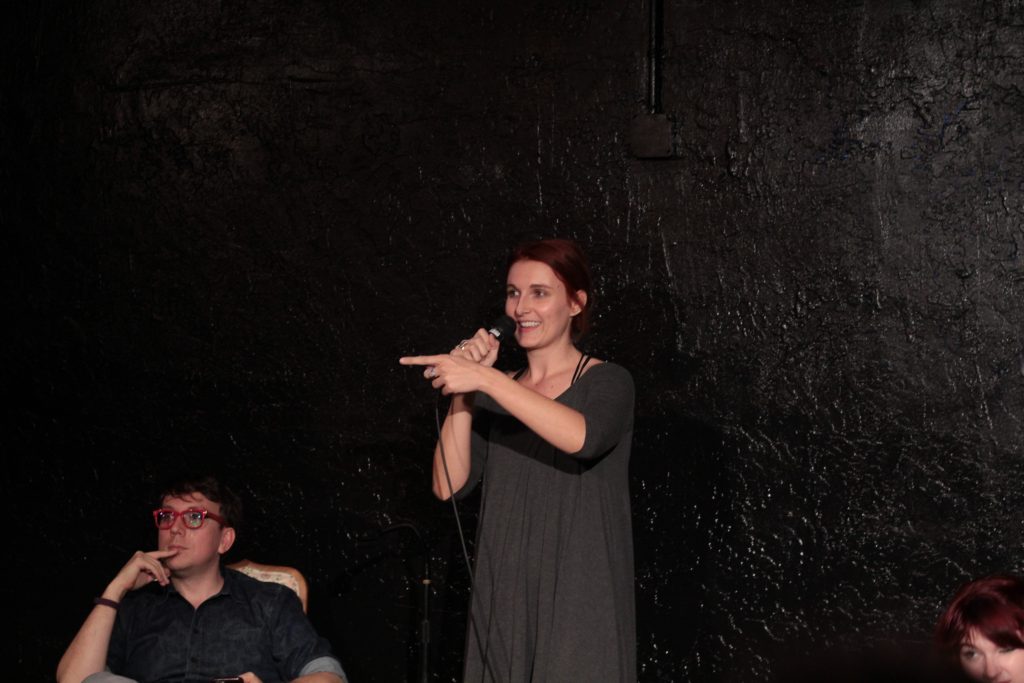 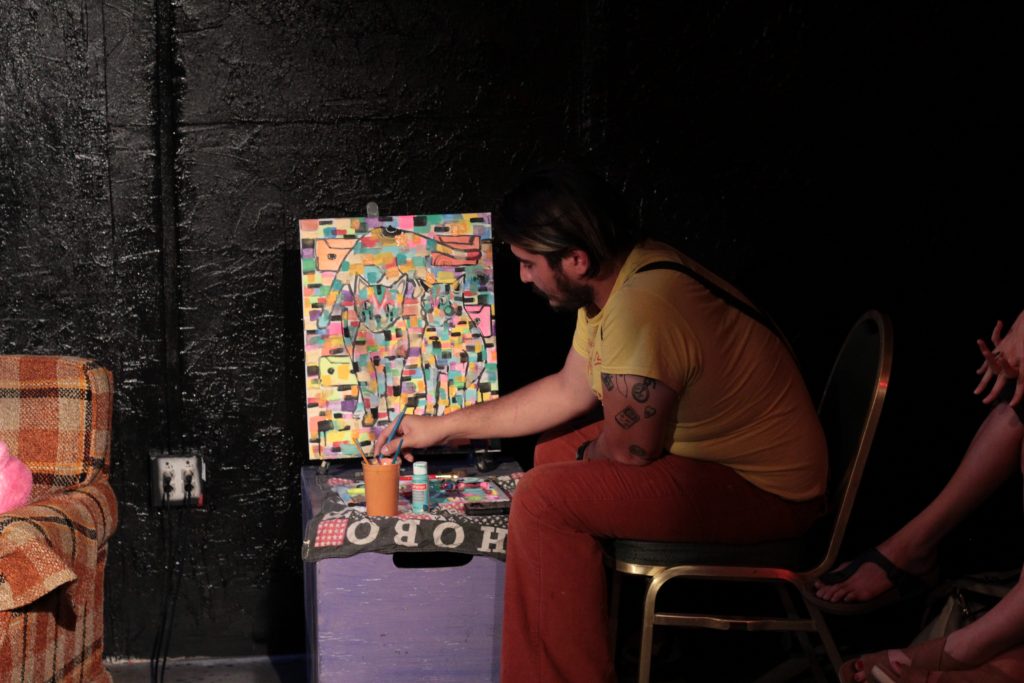 Joe Gonzalez did live painting, too. 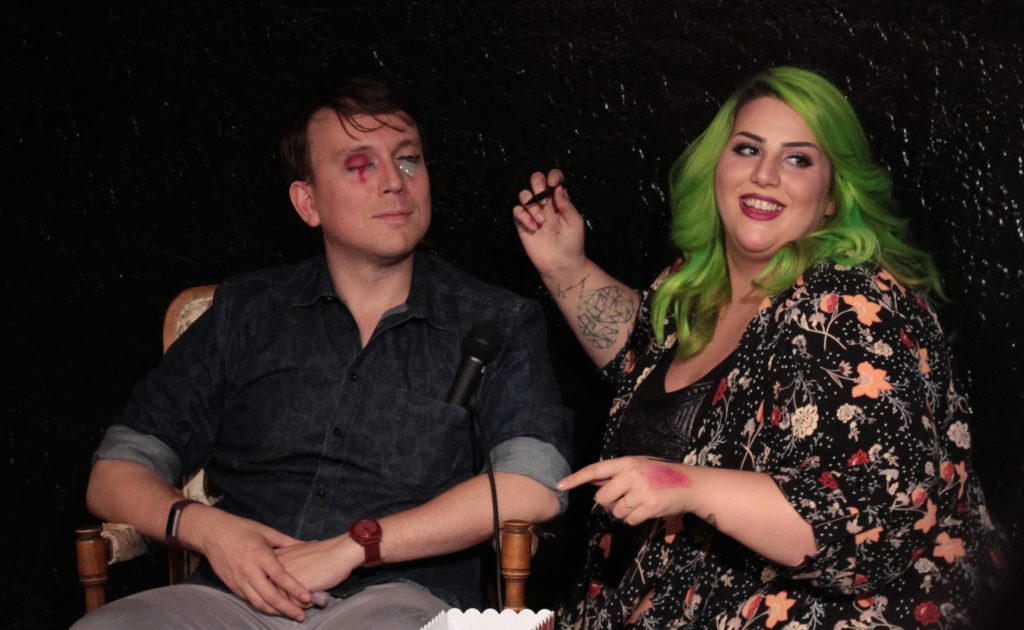 • A lot of people know what Myers-Briggs is—most people don’t know how it actually works.

• Humans have two brains: the mind brain, which is normally occupied with when’s lunch and what’s on tv and then there’s the sex brain, which is located in the navel and is focused on, well, fucking.

• You must water the seeds of the sex brain with the showers of mystery so it grows into a plant that you can later have sex with. 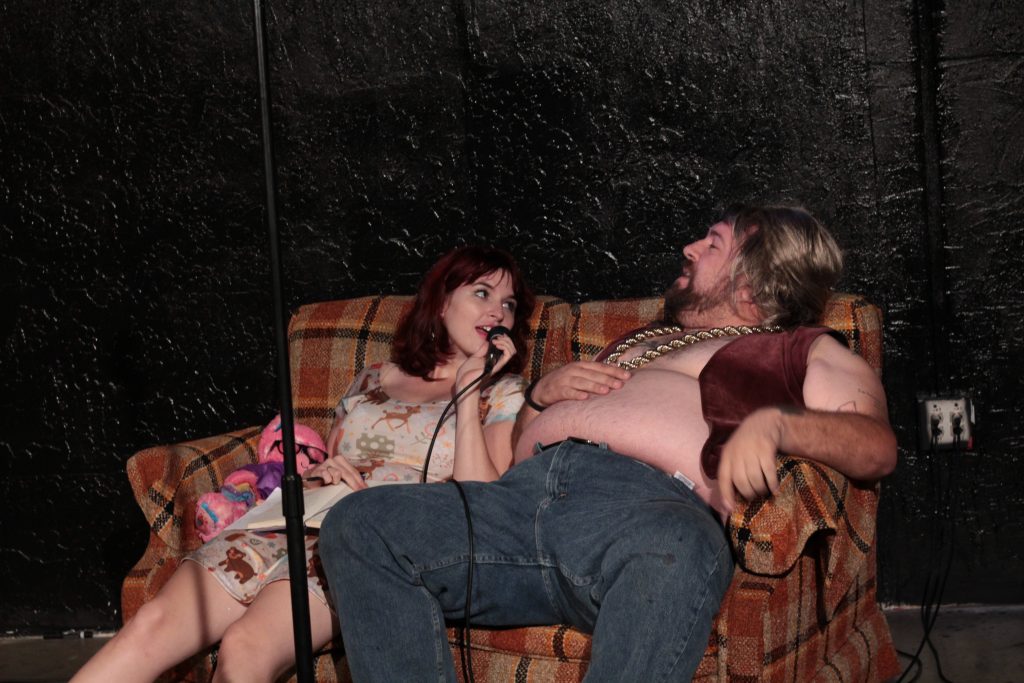 Future episodes of Lounge and Learn will be hosted at Space 55. Here’s a link to a facechoke event for episode 2.

*An earlier edition of this post said Phoenix Educational Programming was discontinued, but the brand still exists, just not the event. Also, it ended before the third season, not the fourth. We regret the error. Errors. We regret everything. We’re worthless. We suck.