To be honest: I hadn’t heard a single note of Priests’ music until last week.

I got a last minute assignment to interview them for the Phoenix New Times and spent the morning before the interview furiously cramming like a student who’s been sleeping through the semester. I was blown away by “Nothing Feels Natural”: a furious, catchy, and impassioned album, it embodied all the things I love about rock music (and threw in some memorable & barbed lyrics, to boot). And the band ended up being as eloquent and articulate on the phone as they were in the dozens of interviews I panic-studied before calling them (one of the most humbling aspects of being a journalist, music or otherwise, is learning how not to feel like a moron after you spend a large portion of your time talking to people who are way, way, way, way smarter than you).

Wanting to see the band in action, I went to Valley Bar last night to catch their first show touring with Olivia Neutron-John. A large clump of smokers stood outside Valley Bar, valiantly battling the cold. I arrived too late to catch ONJ’s set, but just in time for Priests. 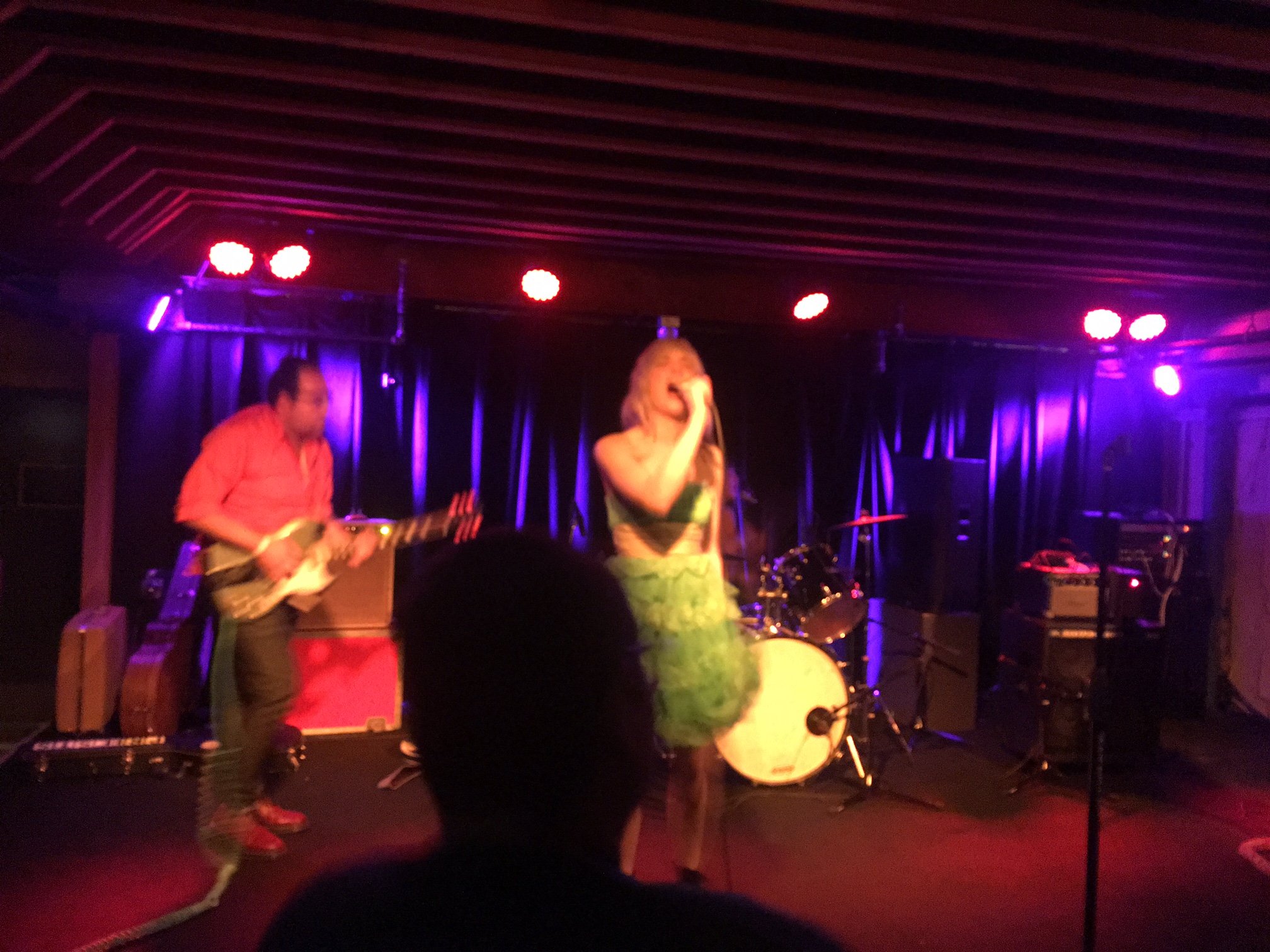 It was a smaller crowd than I expected to be there, considering the band’s growing status as a “buzz band”, but the peeps who were there were really into it. We clustered around the stage as the quartet came on and kicked off their set (which was heavy on “Nothing Feels Natural” material, though they did play a few older songs later on in their set).

They sounded pretty great live, though at times Katie Alice Greer’s vocals seem faint and hard to hear. It may have just been a mixing issue: the guitars, bass, and drums popped out loud and clear, but the sound and fury onstage seemed to swallow up anything on the mic that wasn’t shouted out.

In terms of their stage presence, I had imagined they would be pretty animated and energetic. Their music sounds manic and dynamic: listening to them, I imagine bruised bodies in motion, sheer kinetic power. Onstage last night there wasn’t a whole lot of theatrics or movement, which makes sense for a couple of reasons: one of which is that the music on “Nothing Feels Natural” sounds intricate and complicated enough that it just doesn’t give the band the room to monkey around onstage. The other reason emerged when their set ended. 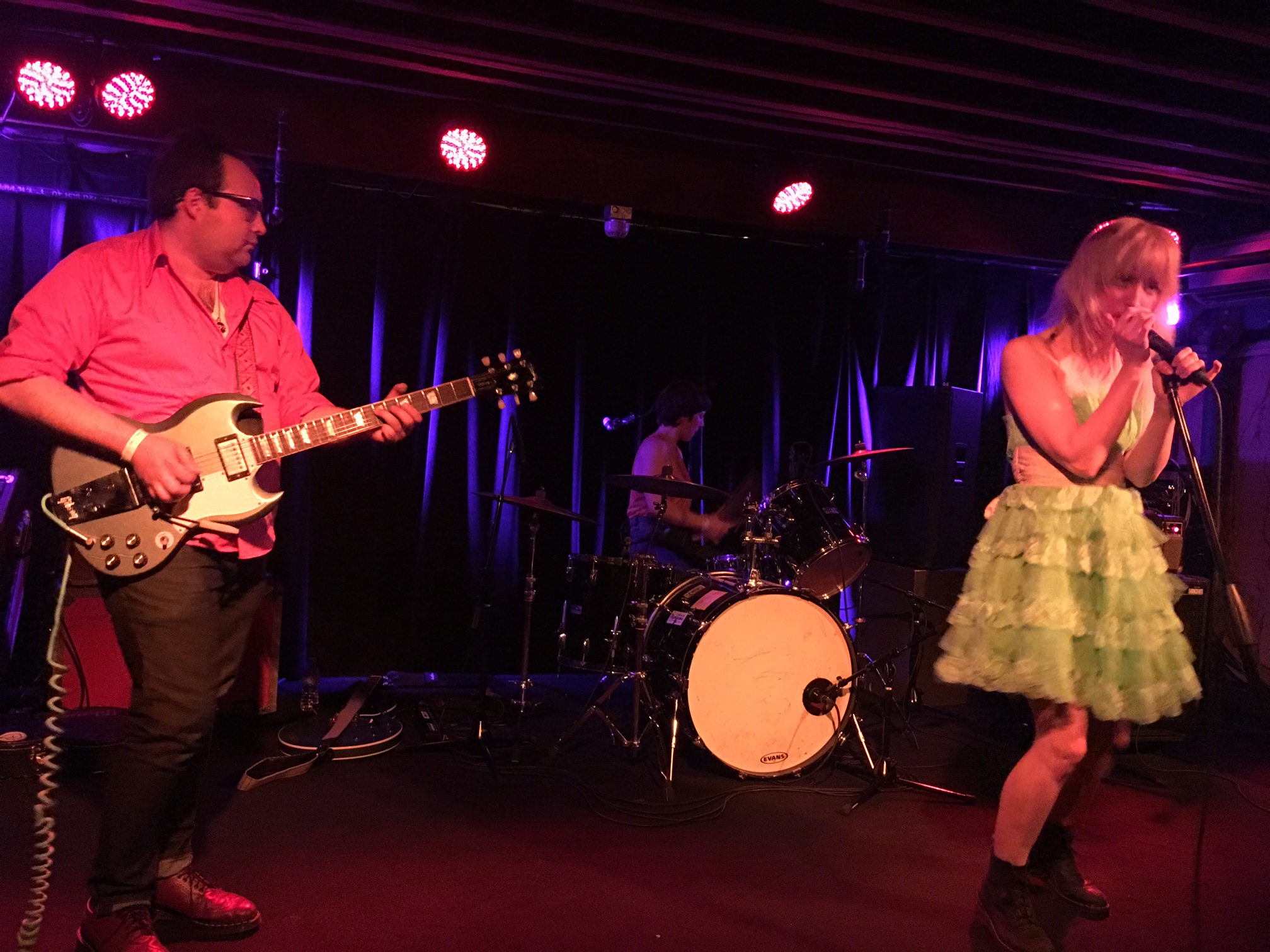 As soon as their last song ended, Greer bolted off stage left to man the merch booth while drummer Daniele Daniele dashed off from behind her kit. Guitarist G.L. Jaguar and bassist Taylor Mulitz were left onstage to pack up their stuff. For a moment, there was an awkward, pregnant pause in the room. You could feel the unspoken question hanging in the air: was this the end of the set? Did Greer and Daniele break away for a moment to recharge before the band did an encore? There wasn’t a “thank you, good night” or “this is our last song” before the abrupt Snagglepussin’.

Jaguar and Mulitz explained that the whole band was sick as they packed up their stuff. Which, frankly, didn’t surprise me: when I did my phone interview with them last week, I could hear coughs rattling throughout their van. For all the glamor associated with the idea of going on tour, I imagine it must be a lot like parents taking their sick kids on a road trip: there’s no escaping the clouds of germs rolling around in the van’s cloistered atmosphere.

While the ending of their set was abrupt, it didn’t sour the show itself. They put on a fine performance, enough so that you wouldn’t have guessed they were all seriously under the weather. I made my way outside, back out into the unusually cold February night. The smokers were back out, puffing and shivering. The lyrics to “JJ” popped into my head as I walked by them; I wondered if any of these alley cowboys smoked Reds.