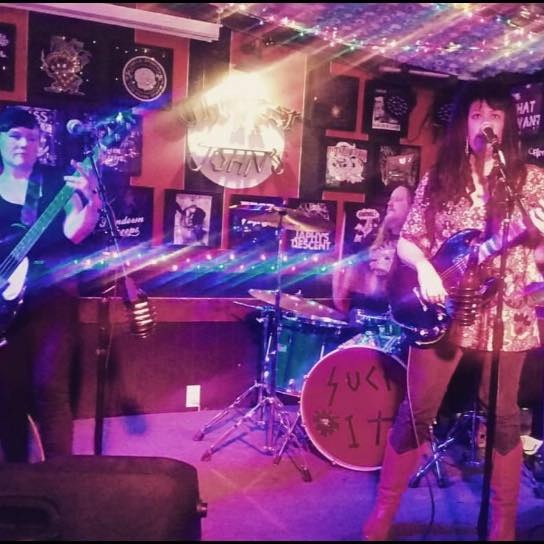 How long has it been since you went to a punk rock show? Can you still remember the sights and sounds of your adolescence? The stereo booming, the beer soaked floor and stacks of plastic cups creating a backdrop for your youthful mischief. You snuck out, rocked out, and now it’s just a fond memory right?

Fuck you, that’s why.

The year 2017 is fast approaching, and punk rock is alive and well in all of its forms. There’s punk for geeks, hardcore for kids of color, queer-punk, femme-punk. If you can think of a way to express yourself, you can find enough people to follow it and claim it as punk. In the age of information, there’s no reason your voice should be stifled. You can shape the world around you with your art. This much is evidenced clearly
through the art created by bands like Go Betty Go and Cadaver Dabba Doos. 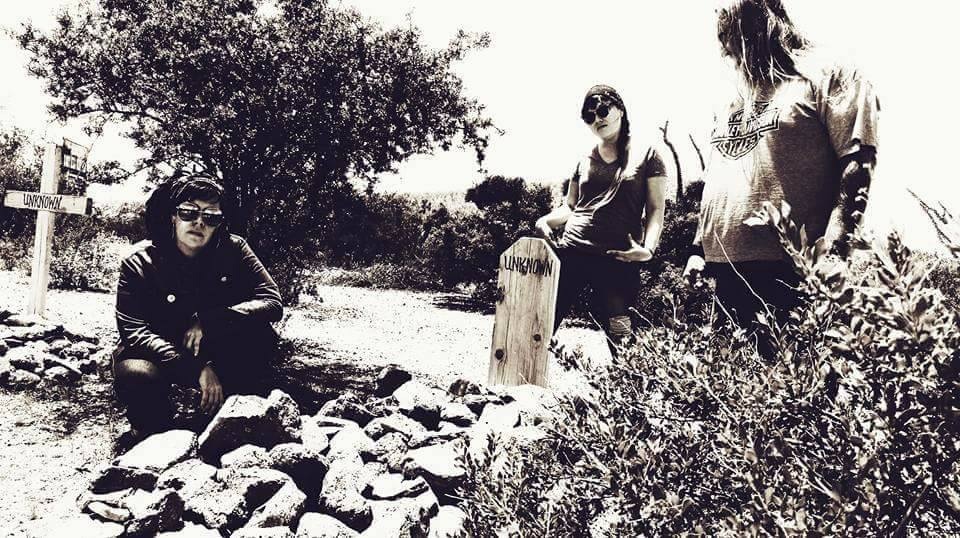 Emerging in the early 2000’s and riding on a wave of nerdy nostalgia and riot girl angst, Go Betty Go quickly became a staple of the SoCal indie rock scene. With their engaging style and attitude they’ve drawn comparisons to eighties bands like the Go-Go’s. Over the last few years their notoriety has spread and has garnered them appearances in popular culture, from video game soundtracks to American Idol. They have what it takes to push through and break down barriers.

Go Betty Go are part of a lineage of brainy bands like Dressy Bessy, Go Sailor and Shonen Knife. These bands are a cut above the rest, playing raucous music with a chic, stylish flair. You will find optimistic punk themes, a hopeful sound, and upbeat melodies and vocals over their pounding rhythm guitars and fuzzy vintage distortion. Veering from 70’s wah effects to reggae and metal guitar and tones evocative of 60’s party bands, their songs are quite layered. They’ve become masters of keeping the audience on their toes.

Other bands influenced by this particular genre of punk, including openers Cadaver Dabba Doos, have similar tendencies to stray from conventional “punk” sounds, instead relying on DIY home recording aesthetic  and washed out reverb effects. You get all of the fun of dancing to a surf band (imagine getting down on the set of your favorite Quentin Tarantino flick) and moshing out to some stellar ska punk bass lines. When modern craftsmanship collides with self aware pop sensibilities everyone is sure to have a good time. No matter what you’re into, you won’t go away feeling left out. We live in the age of “punk is what I say it is.” 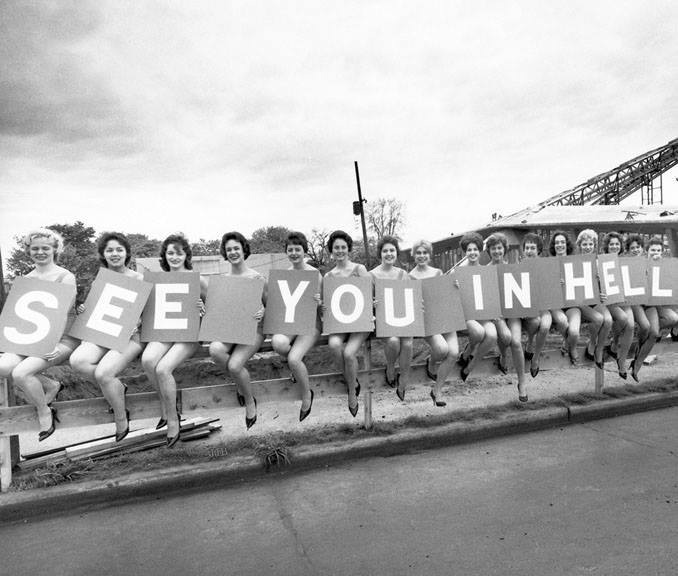 To better understand their party punk ethos, PHX SUX Caught up with the members of Cadaver Dabba Doos to interview them for “Girl’s Night Of Punk” show with Go Betty Go at The Lyzzards Lounge in Prescott Friday January 27th.

PHX SUX:
Have you all ever played Prescott or other northern AZ spots before?

PHX SUX:
What is it like opening for go Betty go? Do you think that kinda retro pop punk/ garage sound is coming back?

The Cadaver Dabba Doos:
We are very excited to be opening for Go Betty Go. I don’t believe that type of retro pop punk/ garage sound has ever fully gone away. I think everything is just cyclical in its popularity.

The Cadaver Dabba Doos:
We’ve been together for about 1 1/2 years. We’re just at the start of our empire, hahaha.

PHX SUX:
How did you all meet and decide to form a band?

The Cadaver Dabba Doos:
Bobby and I (Demitra) have been friends for a number of years and played together in 40lb Vagina and the Cee U Next Tuesdays. After half of 40lb moved to Denver Bobby and I decided to start a new project. JK and I were working at a restaurant together, when the band was just starting to take shape. She was a natural fit for Bobby and I, in both personality and performance. Kismet.

PHX SUX:
What bands did you initially all collectively vibe with together? Who or what would you consider major influences?

The Cadaver Dabba Doos:
Me (Bob) personally, I grew up as a metal head. 80s thrash. Got introduced to punk by a friend of a friend. He gave me copies of Attitude Adjustment – American Paranoia and the Dirty Rotten Imbeciles – Violent pacification. But now days I’m usually listening to original Black Sabbath, Beatles. But to be honest, I prefer television. I’m not a huge collector of records. As for initially vibe musically? Hmm, Demitra and I like football. Hahahahaha. Im not sure how Demitra will answer this.

The Cadaver Dabba Doos:
I think Bobby and I (Demitra) share a metal influenced background. JK and I are much closer in current influences and likes; Jawbreaker,Archers of Loaf… I feel like we tend to differ on a lot, I think this is probably geographically related. JK is from here, Bobby is from California and I’m from Florida.

PHX SUX:
What do you think of Arizona’s music scene? How big of a presence does punk rock have here?

The Cadaver Dabba Doos:
I feel like Arizona is still trying to define itself. As a transplant I have heard of the scene’s heydays and I believe we are on another upswing. I also believe punk will play a prominent role in the Phoenix scene defining itself within Arizona and the rest of the country. 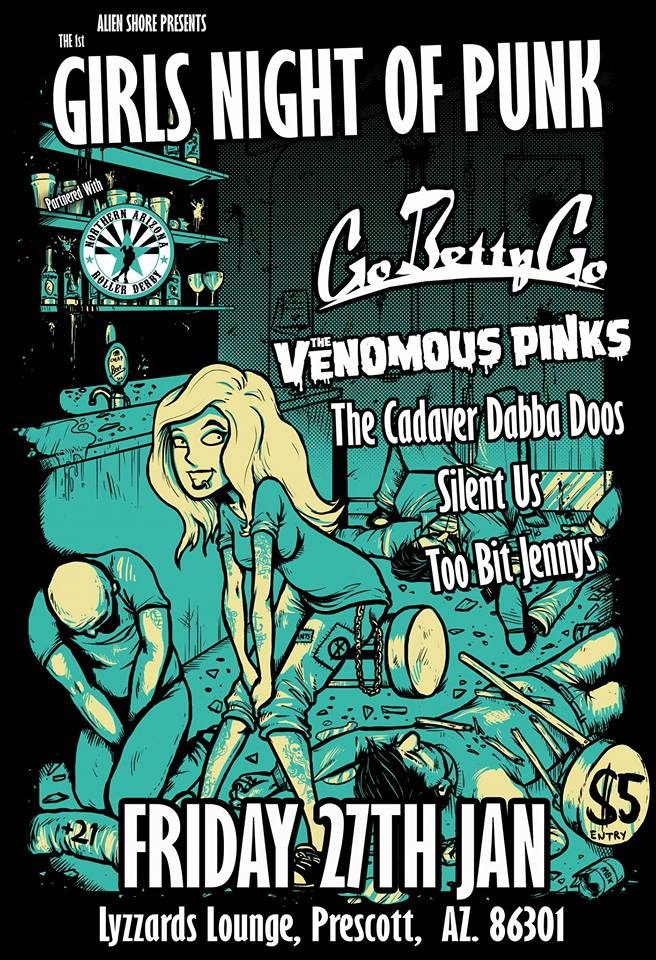