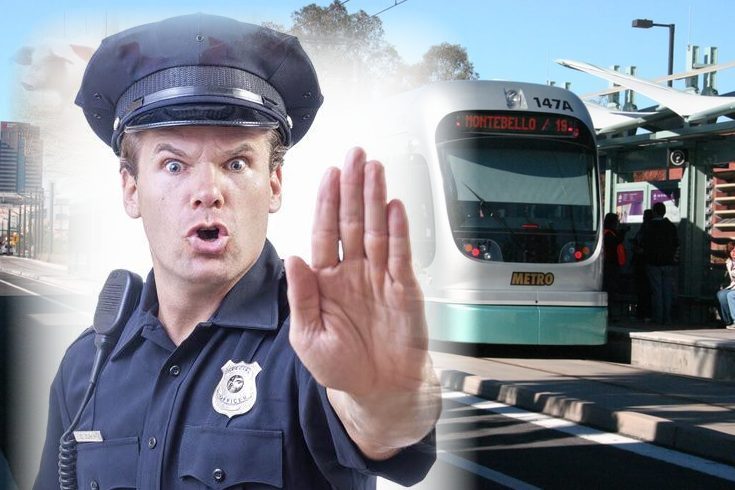 They added cops to assist security on the light rail in case you haven’t seen that yet. Yup. They’ve gone from the obnoxious guards, to harassing homeless people, to packing them trains full of pork like baggies of Lil’ Smokies. 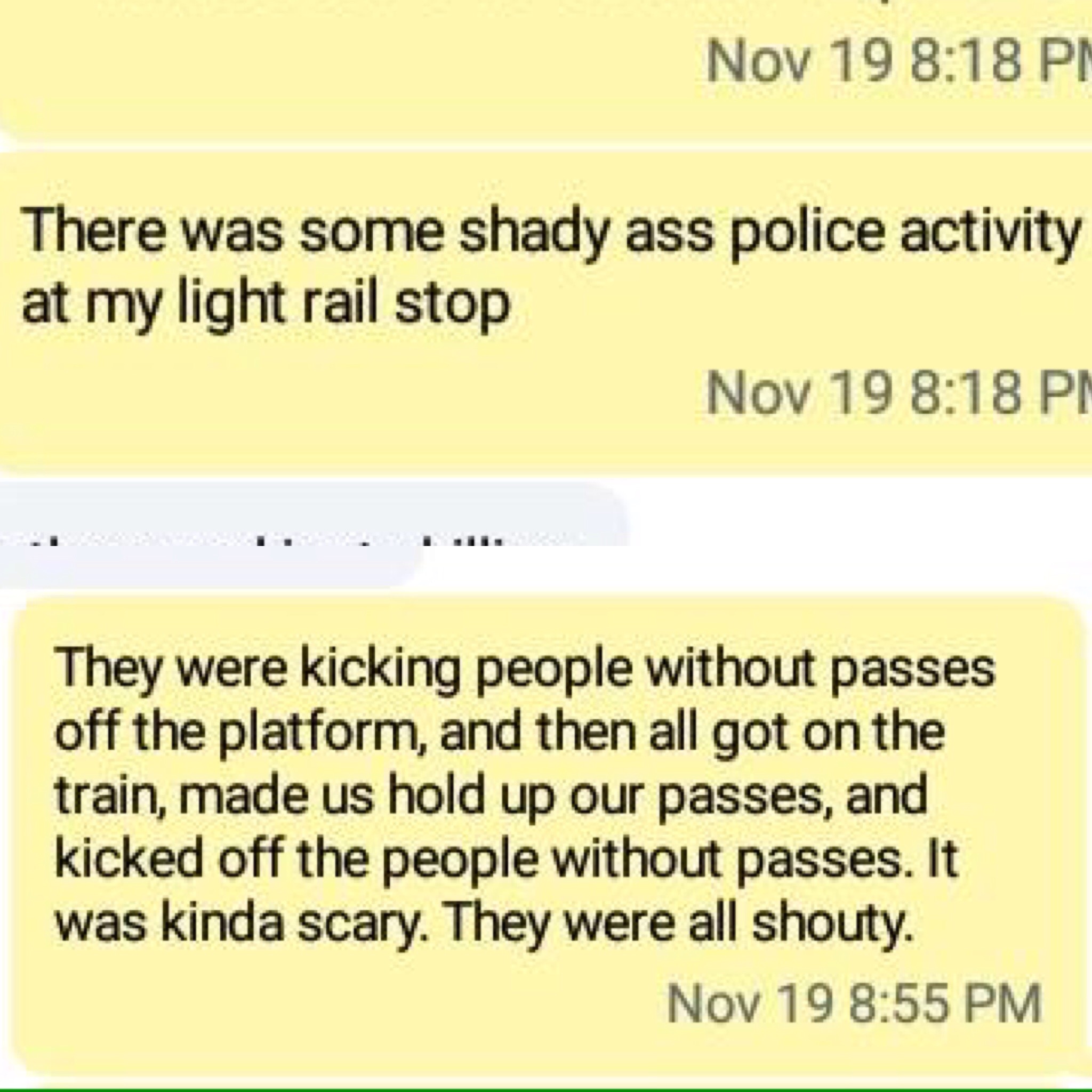 “I’ve encountered this on 19th Ave & Camelback months ago.” One follower of PhxSux.com commented on our Facebook page. “It was an anomaly at the time, but two security guards *and* a cop were asking to see passes before you could even sit and wait for the rail.”

Zac Markey, of local Phoenix band Genre gave us his insight. “Just saw a cop blocking an exit lane for the 202 and 32nd for what looked like harassing a homeless guy. there are always people asking for money there though and I’ve never had any problems..”

The criminalization of homelessness, vagrants and the poor becomes more and more of an element in Phoenix, as gentrification sets in and the city sets its eyes on tourist dollars. The appearance of a clean, white, upper middle class city is more important than the lives of our citizenry, some of which happen to be homeless. As jobs become scarce, food and energy costs go up, and employers become increasingly bewitched by ideological feudalism of the Republican Party, there but for the grace of God go us all. Public Transportation is our right, not another class barrier set up to fuck the poor.