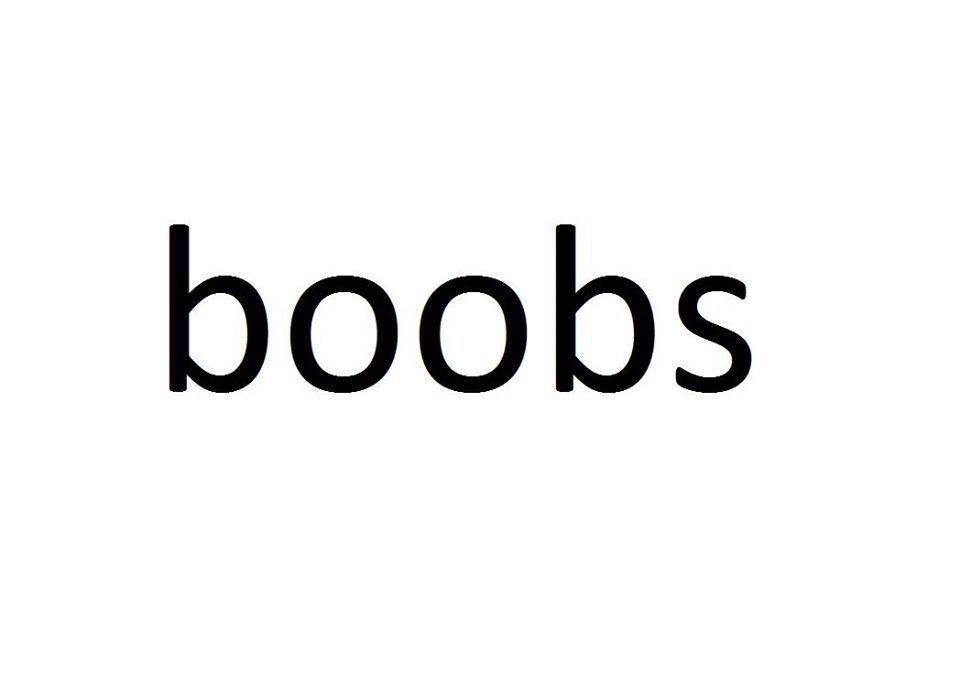 We put the word boobs in this image so it’d get your attention.

Hello friends! I am here to educate you about Prop 123, or the Arizona Education Finance Amendment, which will be up for a vote in a special election on May 17. It’s really important that you vote in the election, as this prop (whether it succeeds or fails) will have a tremendous effect on the next batch of young Arizona students.

For all ya short attention span suckers, I’ve added a pro/con list at the very bottom of this post.
The proposition is really complex and intricate — I’ve been trying to piece it together for months, and I still feel like I’m missing something. So, if you see any inaccuracies here, or you have things to add, please do.

Some exposition: In 2000, Arizona voters approved Prop 301, an education-funding ballot measure that required automatic inflation adjustments in the state aid to education base level. Basically, Prop 301 prioritized funding for public education and guaranteed that the amount of money given to the schools would be enough to keep up with a changing economy. In 2010, a lawsuit was brought against the state for failing to adequately fund Arizona schools during the Great Recession. The schools allege that the state owes them more than $1 billion in back payments.

In 2014, a judge ordered that Arizona was to immediately pay $336 million a year to public schools to make up for the necessary funding they were shorted during the economic downturn. Arizona has yet to comply, and state Republican leadership appealed the ruling.

123 is the proposition meant to deal with this lawsuit and set up a plan for school funding.
If approved by voters, Prop 123 would throw out the lawsuit and increase school funding by $3.5 billion over 10 years by drawing from the general fund and increasing annual distributions of the state trust land permanent funds to education. The land trust is Arizona’s last resort emergency fund for schools — it’s money that essentially belongs to students already, as schools make up something like 93 percent of the beneficiaries of the trust.

Essentially, this is the meat of Prop 123: It will end the five-year legal battle by taking a lot of money out of the emergency fund very quickly and injecting it into our schools.

But wait! There’s more! If you thought a big ol’ check written out to our public education system for $3.5 billion sounds too good to be true, you’re right.

Prop 123 increases the rate of withdrawal from the land trust, while at the same time putting future funding-limit caps on the general fund.

The proposition would allow the state to avoid any increased education funding when K-12 money becomes 49 percent of the general fund. Presently, it’s at 42 percent. Arizona’s long history of cutting taxes has made many believe that, once Gov. Ducey’s already-passed round of tax cuts gets phased in, it’s entirely feasible that education would hit the necessary 49 percent to prevent future funding.

[[[*NOTE: Over the past 20 years, Arizona politicians have been on crusade to lower taxes. According to economists Dennis Hoffman and Tom Rex, Arizonans now pay 30 percent less in general fund taxes than they did in 1992. Economists at the W.P. Carey School of Business found that, because of tax these cuts over the past two decades, Arizona is heading into fiscal 2016’s general fund with a loss of $4 billion in revenue.
Hoffman and Rex say that over 90 percent of the loss in revenue is a result of tax cuts while the remaining 10 percent is from incomplete recovery from the Great Recession.]]]

It would also increase the distribution rate from the state land trust from 2.5 percent to 6.9 percent over the next 10 years. I’m about to drop some mad math (that someone else did) on y’all:

“When you add 3 percent inflation, that means the purchasing power of the fund would decrease by 10 percent every year. You have the Joint Legislative Budget Committee projecting that the return of our fund would be 6.33 percent. So 10 percent, which is how much our fund is decreasing by, minus 6.33 percent equals 3.67 percent, which basically means our fund is decreasing by 3.67 percent every year.”

It would be like if you retired and took about half of your 401K and spent it all within the first year. You’ll be flush with cash, and you’ll be able to do a bunch of really important and great things with all your new dough, but in a few years, you’ll be like, “Fuck, why did I do that?”

And therein lies the reason why this proposal is so complicated and confusing: Do we want our schools to settle with the state for less money than they’re owed, because we will get the money NOW, even if it means critically reduced education funding down the line? Or do we want our schools to hold out for a better plan to give our students and teachers what they actually deserve?

ARGUMENTS FOR:
– Immediate, guaranteed money for our schools for the next 10 years
– The state wouldn’t raise taxes in order to secure the funds necessary — It’s money that’s technically already available to us
– Ends the schools vs. state lawsuit
– If it doesn’t pass, we lose an opportunity to have a secured $3.5 billion pumped into our education system
– No restrictions on what the money can be used for, so schools could use it to raise or retroactively pad teacher salaries, unlike other bonds that specify uses for the money (mostly capital improvements like new buildings or equipment)

ARGUMENTS AGAINST
– Prop 123 is short-term, meaning that once it expires in 2026, there’s no real plan in place to continue secure education funding
– Prevents further school funding if K-12 hits 49 percent of the general fund
– Ends the schools vs. state lawsuit
– Accounts for less money than schools are actually owed
– Draws money from the emergency fund more quickly than it can replenish itself, leading to a much greater loss for schools down the line than if we stuck to the plan that was laid out in State Supreme Court’s Judge Katherine Cooper’s 2014 ruling
– “One-off” solution tries to fix a symptom of Arizona’s political climate rather than fixing the actual cure/system that led to the situation in the first place