Kraftwerk in Phoenix Blurred My Perception of Reality 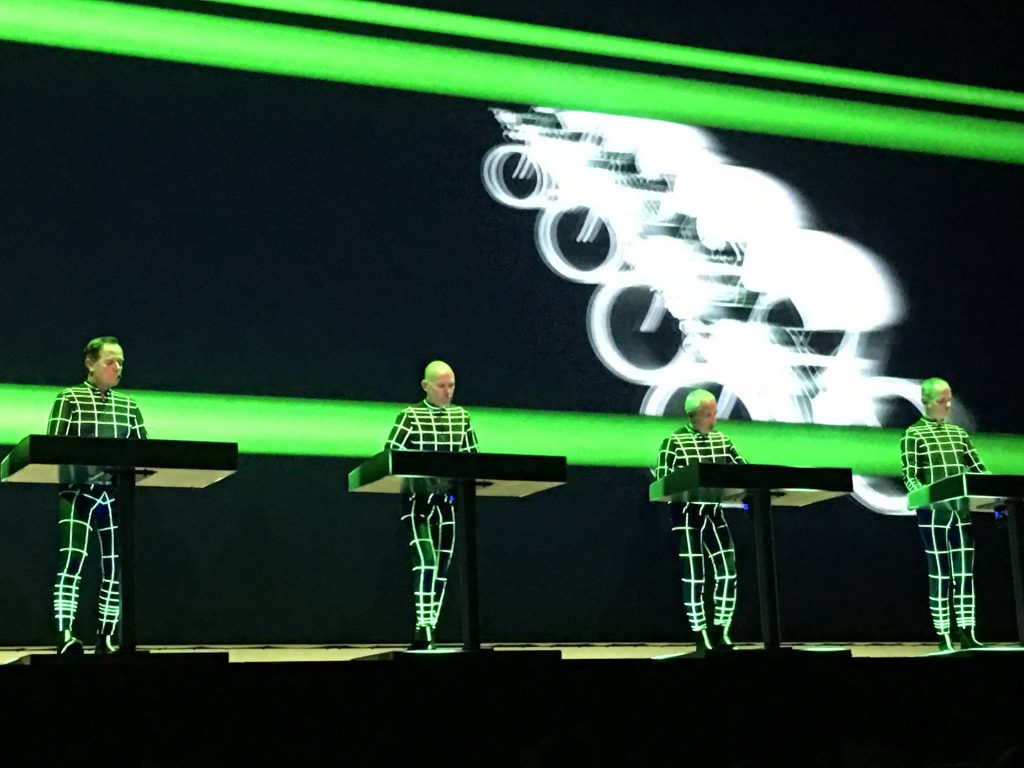 Ever since 2004, I knew I had to see Kraftwerk in concert. When my friend at work got back from Coachella, I did what any sane person would do. I asked him “how were Radiohead and The Cure?” Someone else might swap one out for the Pixies, but it wouldn’t change his response. He said none of those bands could hold a candle to what Kraftwerk was doing.

I’m not usually in-the-know, but when I randomly saw Kraftwerk had scheduled a show in Portland, I figured maybe… just maybe, they had other dates. I was absolutely ecstatic to see that not only presale tickets were up for a 9/15 show in Phoenix, but the password for that presale page didn’t have a retry limit. So I tried “robots” pretty much right away and could have pretty much any seat I felt like paying for. If Supajoint ever plays the Orpheum, I’d put money on the password being “weed”.

A few friends furled their brows at the thought of Orpheum Theater as the venue for tonight’s Kraftwerk concert. I mean, pretty much everyone familiar with electronic music has seen pictures of their shows at festivals; Orpheum holds 1100 people. As much as I love them, I doubt they could fill Ak Chin, but I’d expect very few open seats if they played Comerica or Gammage.

Sure, one aspect is the age of the audience. Their only top-40 hit “Autobahn” is from 1974, which was before I was born. Normally I’m in the top quintile for being the oldest at shows, but I was toward the bottom here. The theater is probably the most comfortable seat I’ve watched a concert from, which I appreciated. I can’t imagine bench seats feeling more comfortable as I get older.

You see, even though I bought tickets for a show called “Kraftwerk 3D”, I kinda thought it was like Deltron 3030: an embellishment to get you in a sci-fi sort of mood. The 3D glasses in my hand told a different story. Kraftwerk really upped their game in the visual sense with that Coachella-fueled reboot, but this tour is a new plateau. There is no way this could have worked at any larger of a venue, you do need to really see what’s going on. Being a proper theater, there isn’t a bad seat in the house at Orpheum.

This was far more an experience than a concert. I had several people inform me of the particular hallucinogens they were on, completely unsolicited. It was an entirely appropriate activity for the evening. I can attest it was not a prerequisite, this show can mindfuck you just fine without psychedelics. Unless the recipe for a jack and coke was changed to include a strip of LSD, I guess. Often I had to confront a disturbing idea bubbling from my subconscious: an image that these four men are not playing music but are actually transmitting data directly into my mind through some subspace modem they invented and that’s actually the knobs they’re turning obscured from view by their tron-tastic robo-podiums.

The most impressive feat is how elegantly they have updated their existing songs over time. It isn’t new to this tour or this decade even, but throughout the evening there were times when Kraftwerk was clearly being inspired by other artists that were inspired by Kraftwerk, though much of it is just how much technology has improved since the 70’s. Their sound was both modern and retro, all tastefully done. Their updated lyrics on “Computer World” did nothing to help me shrug off my conspiratorial spidey-senses, but feel incredibly relevant to the modern day: 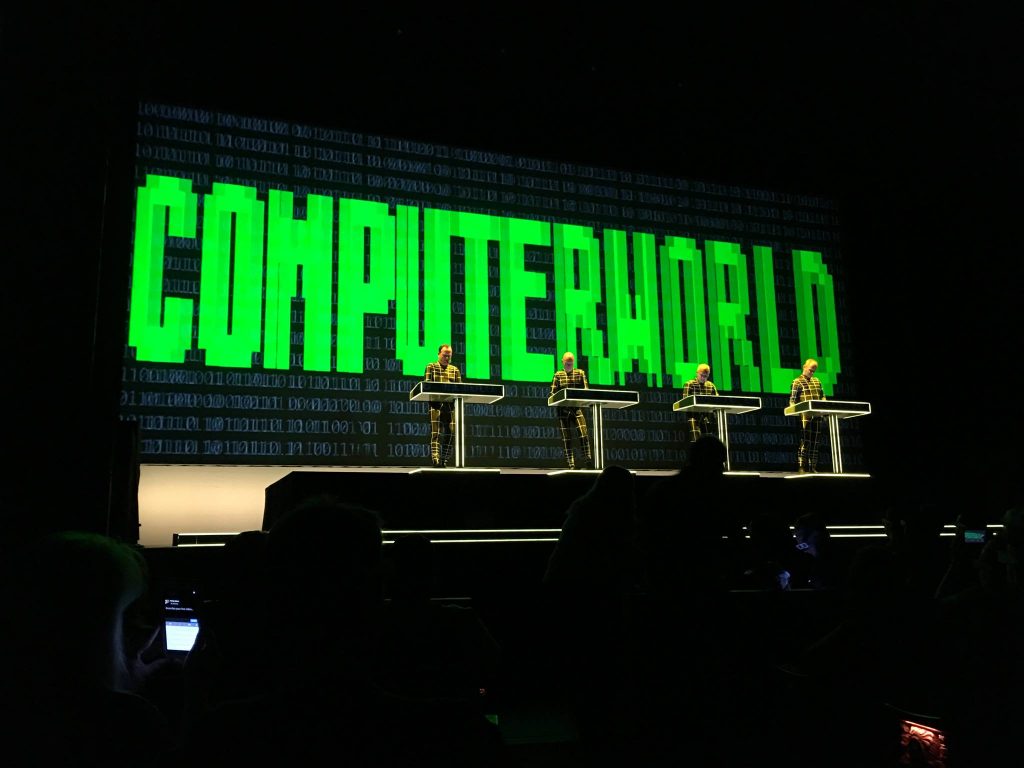 I almost always hate 3D glasses because they always give me eye-strain and a headache, yet somehow I was able to keep them on the whole time. Whenever they scrolled their Atari 2600-inspired graphics horizontally or vertically, the effect worked flawlessly. It felt like the stage was infinitely deep, and it was easy to forget that the band isn’t just part of the visuals. At one point I felt anxious about the edge of the screen. I knew it wasn’t really infinite but I couldn’t tell anymore.

Mercifully a purple light came from the floor behind the screen a few minutes later and I could sense reality again and could relax. Until I started to wonder if reality was reality or just a simulation and robots and stuff. I mean, they brought two semi-trucks of equipment with them, but I don’t see two-semi trucks worth of equipment on stage. Could they be a cover for actual robots doing an actual robot invasion? I can’t disprove it.

I couldn’t begin to imagine what sort of user-testing went into creating this level of attention to detail. At the first hint of a waning interest level, they immediately changed up their game. The timing was amazing in that regard. I can’t help but think the purple light was there on purpose to help anxious people find reality for a moment.

I was particularly impressed for how they handled the first encore. The band walked off stage and they turned on super bright floodlights on the crowd, so naturally, they all go apeshit. I was pretty sure this was a distraction but I still couldn’t see them place the four robots up on stage to perform “Robots”.
Throughout the performance there was this seamless mesh between man and machine. Parts were played by humans, you could hear the mistakes.

Other parts had to have been sequenced, as there’s no drummer on stage. These four performers in vaporwave-style spandex body suits stoically turning unseen controls on panels straight off the bridge a ship in 80’s era sci-fi, with several layers of projected cryptic 8-bit messages seeming to crash through their heads at times, all seeming to be one with the music itself… they become the living embodiment of their music. Semi human being, Man Machine. I can’t help but think this was their original vision all along.